The Essential Listening of Sauter & Finegan

“In the late 1970’s/early 1980’s, I had the honor and privilege to hold down the lead trumpet chair in The 92nd Street Y Studio Orchestra, conceived of and conducted by a dear, and sorely missed, friend and musician extraordinaire, Harvey Estrin.”—Dean Pratt 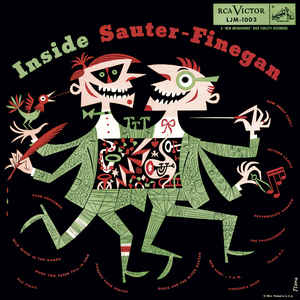 “We agreed that it would not be brass and saxes all over again. We’d had that. We wanted a different combination of instruments. We came up with one that gave us lots of latitude—from piccolo to tuba. It gave us space to make the lines come out so you don’t always have a wad of sound thrown at you.”—Eddie Sauter

Author’s Note: My friend Audrey Mannes Mosello put this (vinyl) ball in motion when she asked me to post my favorite albums—my “essential jazz listening list”—on my Facebook wall over a specified period of time. Or something like that. Audrey, you know what you asked of me, but I doubt you expected the deluge that would follow on as a result.

PENDLETON South Carolina—(Weekly Hubris)—1 January 2021—In the late 1970’s/1980’s, I had the honor and privilege to hold down the lead trumpet chair in The 92nd Street Y Studio Orchestra, conceived of and conducted by a dear, and sorely missed, friend and musician extraordinaire, Harvey Estrin.

The orchestra was formed specifically to play the compositions and arrangements of Eddie Sauter and Bill Finegan. We rehearsed on Sunday mornings at the 92nd Street Y and put on two concerts a year there. It was one of the most satisfying experiences of my life to play that lead trumpet book.

Having been an original member of the Sauter/Finegan Orchestra, Estrin not only loved the music but knew just how to get the most out of us younger musicians and bring it to life. Many of our concerts were attended by Eddie and Bill and we were humbled and blessed to perform this magnificent music in front of its creators.

Luckily, as you will see by the LP’s listed here, I had been a devoted fan of this music for years before my tenure in The Studio Orchestra and this made the experience doubly special for me.

“Concert Jazz,” “New Directions in Music: The Sauter-Finegan Orchestra,” and “Under Analysis.”

“The Sound of The Sauter-Finegan Orchestra” comprises the first half of the pair’s Extended Play Suite—”Child’s Play,” and “Horseplay,” originally issued by RCA on a 45 (“Dream Play” and “Holiday” were on Volume 2). Three of the four compositions have made it to CD, but “Holiday” remains unissued, as far as I can tell. This LP also includes the wonderful vocal stylings of Joe Mooney on “Love Is A Simple Thing,” “Time to Dream,” and the stunningly beautiful “Nina Never Knew.”

“Concert Jazz” opens up with “The Loop,” dedicated to Chicago’s grand thoroughfare. It’s a swinger with solos by Nick Travis, Gene Allen and Joe Venuto (catch the reference to Woody’s “Northwest Passage”). Gershwin’s “Concerto In F” is beautifully arranged by Bill: Andy Roberts shines in his tour-de-force on “John Henry,” and the orchestra concludes the festivities with Andy Roberts and Anita Dorian as they take us on a musical excursion with “Pictures From Sauter-Finegan Land.”

“New Directions in Music” would be a fitting title for all of the LP’s here. It opens up with the band’s theme, “Doodletown Fifers” as well as “Midnight Sleighride,” “Camptown Races,” “Moonlight On The Ganges,” and “Doodletown Yankee.”

For me though, the highlights of the album are “April In Paris” and “Azure-Te,” with the trombone duet of Bill Harris and Vern Friely.

“Under Analysis” starts out with a swinging version of “Avalon,” Don Redman’s “Chant Of The Weed,” and Finegan’s lush arrangement of “Stardust” with Bobby Nichols on trumpet and Andy Roberts’ vocal. So much good music here: “Rockin Chair,” “Liza,” “In a Mist,” “It’s A Lonesome Old Town,” and “How Am I To Know.”

“The Sound of The Sauter-Finegan Orchestra,” “Straight Down the Middle,” and “Memories of Goodman and Miller.”

Next is “Straight Down the Middle,” which starts out with Eddie’s arrangement of “Surrey With the Fringe On Top,” “Paradise,” featuring Nick Travis, Bill’s “Alright Already,” a romp featuring Gene Allen and Sonny Russo, and “Have You Met Miss Jones?” with soloist Rex Peer on trombone. Eddie’s original, “Whirlpool,” has solos by Sonny Russo and Nick Travis.

“Scotch and Sauter” has Gene Allen in the spotlight. Bill’s arrangement of “These Foolish Things” features solos by Rex Peer and Nick Travis, and his original, “Straight Down the Middle,” has solos by Allen, Travis, and Russo; with Milt Hinton, Mundell Lowe, Barry Galbraith, Moe Wechsler, Joe Venuto, and Don Lamond in the rhythm section.

Thanks, Eddie, Bill and, especially, Harvey Estrin for the memories! All essential listening.

Here are the only extant videos (released for the holiday season) of the artistry of Sauter & Finegan: 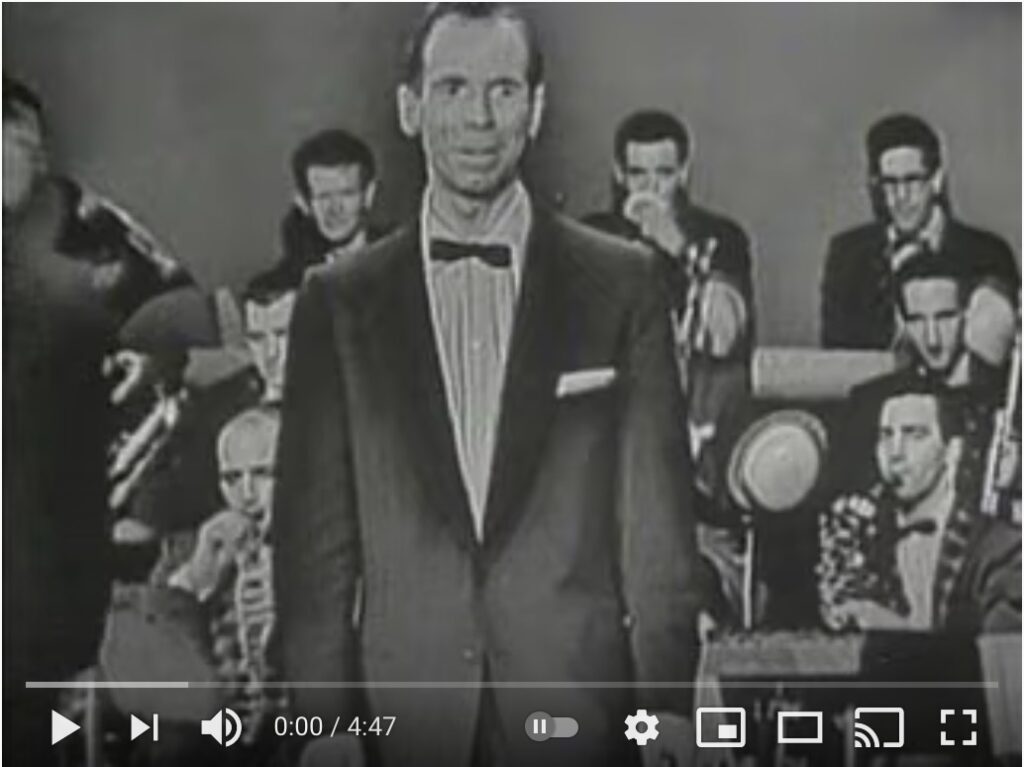 Here are some audio recordings, via Youtube, of Sauter & Finegan:

1. “The Sound of The Sauter & Finegan Orchestra.” (full album)

Dean Pratt has been collecting records, CDs, books, air checks, and tapes featuring jazz, Big Bands, and the Swing Era for six decades. A trumpet player who has been on the road with the best of the Big Bands, and leads his own big band in Manhattan, The Dean Pratt Big Band, Pratt is also frequently called upon by authors for information about the genre, and interviewed as an authority in the field by such networks as NPR. His vast personal jazz collection (some 12,000 LPs, and 10,000 CDs) has also served as an aid in assisting his clients in their search for those who may owe them royalties. Pratt has served as producer, compilation producer, and liner note author for a number of Buddy Rich CDs, including the legendary drummer’s reissues on Pacific Jazz/Blue Note. He has as well acted as conductor, music coordinator, and liner note author for several projects by DMP Records, on which he also made his debut as a vocalist. He is producer, conductor, and liner note author for his own CDs: Groovy Encounters, published by Amosaya Records; and 16 Men & A Chick Singer Swingin’: Pratt Brothers Big Band Featuring Roberta Gambarini, published by CAP Records. Pratt makes his home in South Carolina, but commutes regularly to New York City to rehearse his band.
View all posts by Dean Pratt →
This entry was posted in Uncategorized. Bookmark the permalink. Follow any comments here with the RSS feed for this post. Both comments and trackbacks are currently closed.

4 Responses to The Essential Listening of Sauter & Finegan