The None-Too-Merry Merry Go Round

“So, in effect, government is taxing the rich, who provide most of the revenue to fund transfers, in order to enable the poor to pay for a relatively unchanging healthcare package that has become progressively more expensive and whose provision fattens the wallets of hospital and health-insurance executives, doctors, and other healthcare providers.” —Sanford Rose 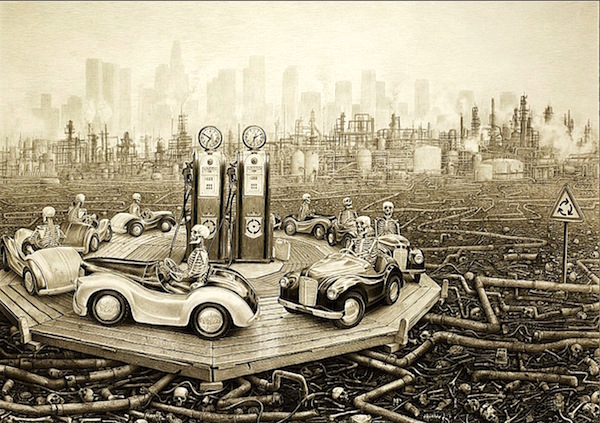 KISSIMMEE Florida—(Weekly Hubris)—9/7/2015—As virtually everyone knows, the distribution of pretax income in the US has become progressively more unequal. The top one percent of earners now garner more than 20 percent of total income, which is about twice the percentage they appropriated in the late 1970s.

But, say many, pretax income tells only part of the story. Transfer payments made by government to the less advantaged counterbalance, or at least attenuate, the income gains of those at the top.

The largest category of transfer payments is healthcare, which rose from about 20 cents of the transfer dollar in the late 1970s to between 40 and 45 cents today.

This doubling did not occur because the poor received more healthcare services.

It occurred largely because of increases in the cost of basic healthcare that far outstripped the rate of general inflation.

So, in effect, government is taxing the rich, who provide most of the revenue to fund transfers, in order to enable the poor to pay for a relatively unchanging healthcare package that has become progressively more expensive and whose provision fattens the wallets of hospital and health-insurance executives, doctors, and other healthcare providers.

These are among the richest of income earners. For example, there are more doctors among the top 1 percent of earners than any other professionals, including lawyers.

But hasn’t the quality of healthcare improved, if not its quantity?

Undoubtedly for some. But perhaps not for the poorest income recipients, whose longevity may actually be decreasing and, if increasing absolutely, is doing so at a much smaller pace than that of the more affluent.

The increasing skewness in gross incomes unquestionably helps to engender resentment and stress, which encourage over-eating and smoking, which in turn contribute to the illnesses that shorten lifespans.

Indeed, if poor health outcomes are highly correlated with decreasing shares of the pretax income pie, the fact that transfers are required virtually guarantees that they won’t work.

The country desperately needs a higher minimum wage, which the scholarly consensus now suggests will not reduce employment opportunities, at least not in the short run. It also needs training programs that are more flexibly designed to meet the requirements of those who are discouraged by years of joblessness and underemployment and whose attention spans may be limited by pressing financial worries.

Such approaches may not reduce the Gini coefficient for income inequality, but they could blunt its rate of rise.

The present merry go round—tax the rich in order to give to the poor so they can repay the rich—is getting us nowhere, medically and morally, as well as definitionally.

Note: This essay first appeared in The Orlando Sentinel [http://articles.orlandosentinel.com/2014-05-22/news/os-ed-rich-versus-poor-myword-052214-20140521_1_health-care-income-inequality-poor-health-outcomes], to which Sanford Rose is a regular contributor; the image illustrating the piece derives from http://collapseofindustrialcivilization.com/2013/01/11/earth-to-humans-get-off-your-merry-go-round-ride-to-extinction/.

2 Responses to The None-Too-Merry Merry Go Round