The Poetry of Alexandra Thurman

“The world wants to tell you what it means./Words everywhere Messages: in the thin lines/of tide, in the waves’ foamed cursive left behind/on the flat, unrolled paper of sand./Bird skips, blank space, hieroglyphs,/wind against skin and the scent of raw sea—/awakenings that can teach you each solitary heart/contains all the world’s tribes.”—By Alexandra Thurman 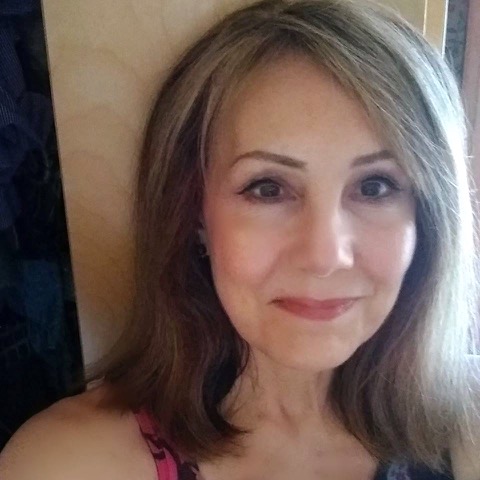 GREENVILLE South Carolina—(Weekly Hubris)—1 June 2022—Alexandra Thurman is a poet, fiction writer, and essayist. She has published essays and poems in journals throughout Canada and the US, among them Colorado Review, The Antigonish Review, American Literary Review, James Dickey Review, and The Fiddlehead. Her manuscript of poems, Whose Story, has been a runner up for the Yale Younger Poets prize, Cleveland State University Poetry prize, and the Red Hen Press Benjamin Saltman Poetry Award. Whose Story is one of three manuscripts she has been honing for over 30 years. Since 2016, she has been Director of Research and Writing for the California-based literary non-profit organization Engaging the Senses Foundation, and is the mother of three grown children. She received an MFA from Vermont College of Fine Arts in 1992.

Ten years ago you were finally dead, not really
for the first time. Before that I knew you for awhile, but it turns out
not at all. You were a force, a name, and I was young. Back then

I got stuck each time you came near, mute girl trussed in an accidental web
as you’d dip toward me with your seamed face, air of casual—or was it causal—debauchery, mild amusement, and ultimate indifference that fit me

like a bespoke suit. Not even a morsel for your afternoon snack, I was too small,
too stunned to bother with as you ravaged your own design each day,
smoked, snorted, invited your death

and then got up early again to seduce the tender students grasping
at the threads you threw, the ethereal girls made beautiful to you
in that they weren’t afraid of how close you were, how awful it felt,

that closeness, how it was not glamorous, not pretty,
hardly even bearable, while every word you wrote
gave ballast to the irony of our watch.

The dark, the flat, the smoke, the grey,
the rain, the work, the dark.

The tired, the rain, the grey, the work,
the heavy work, the dark.

The halting start of everything
The damp small days—their arc.

The dark, the wind, the work, the load,
the falling heart, the night.

Our sons unfurl their wild, wet wings.
They stumble hard at flight.

The grey, the tired, the songs, the work,
the rain, the prayerful koans.

We live like horses! daughters yell,
their curls wound round our combs.

The dark, the anger, smoke, the rain,
the prayers, the blooming hedge.

Past strife, two bodies curled into
the comma of a pledge.

The evening gods, all grace and tears,
grant dinner, books, and bed.

The rain, the grey, the work, the struggle,
prayers and sleep, the night.

New world tilts through the window blinds.
Our eyes fill up with light.

The world wants to tell you what it means.
Words everywhere. Messages: in the thin lines
of tide, in the waves’ foamed cursive left behind
on the flat, unrolled paper of sand.
Bird skips, blank space, hieroglyphs,
wind against skin and the scent of raw sea—
awakenings that can teach you each solitary heart
contains all the world’s tribes.

Instead, you creep through the earth’s
long grass. As if a needle had been tossed—
sharp, bright Word—not seen glittering
among bent weeds, nor heard as it plinked
against rock, but anticipated, then felt,
as a thorn in flesh.

Yet always, everywhere . . . the text. In every chirp,
each hoot and bark and call, in every whisper,
shriek or cry translated by the oak chair,
its architecture of planes. Replicated
in the fine lace edge of the table cloth repeating
soeur, ma soeur, ma soeur. Or listen—to its interpretation
by the blue shadows of snow in a field poured
frozen with waves, where you’ve walked so often

in memory of this sea, its planned madness,
its rapt sonorities. Where one summer’s day
you might surrender your flesh to the deep,
and discover the universe itself inscribed
into your very bones—your skeleton,
that essential hieroglyph, telling
of your suffering and your pleasures
that they were necessary as salt, legible
as this articulate silence.

Like those gnarled tubers we resurrect
each fall as food, we can
live in darkness. Most often, we do.

To know light is the hardest thing.

But even the angels this year
are bloated from their bitter feast
of blessings, sick of dispensing

gifts in the shape of wisdom. They long
to peel off their skins and cover
earth with a constant twilight, comb

their bright hair down as rain. They plan
to tumble and cavort for us above the cities.
Nor are they afraid to show how difficult

it is to be happy. Take that one, there,
shaking out her wet new pleats.
Her face the rage, the pity.

It Was a Good Year

. . . the year of her dying. So fierce
was her love for the body
she had long outgrown, she reveled
in that coldest of winters. Passion
was her furnace. Afterwards, we found

notebooks throughout the house, cyphering
the minutiae of tinctures temperatures
bargains, intricacies of the bridge
between her unrequited love
and her failing heart.

Come Spring, it was said
she kneeled in her garden
as if it had not been years
since her swollen joints and cutting mind
could bend to any supplication.

But she would make the sacrifice now,
her love had gone that deep.
The last summer began early,
a raging gift from her beloved Greeks.
Hephaestus stoked the willing fires,

the days begun in sweat lingered
through nights of dark fever. For years
she’d shunned the ease of air-conditioning,
living mole-like in the cool basement
each June through August. Year-round,

the curtains pinned tight shut.
Now the forced air allowed her hours
beside windows uncurtained
to a world pointed like an arrow
at her heart. As the body’s appetites failed,

she was subsumed by a different hunger
(but how well, how perfectly, recalled!).
Hungry? No, ravenous
for the fine trembling of things
struck down by light.

I guess it’s not the apple now but what the apple might become.
Overnight, no longer the bright knife-edge of autumn blazing up the trees

but a hazy smoked cold, the only knife a wind so suddenly bitter
it feels like revenge. For what, I don’t ask. O please.

It’s enough that Hades stole the girl, as men and gods are wont to do.
And Demeter shuts it down for her six months of eternal mourning, like a mother.

Death is born in the blossom. Since he took her it’s been thus.
And so for now, for us (and though we’ll wish it other)

only a memory of warmth will color the air, slake our thirst
for easy days, for eyes closed to light pouring honey against skin,

eyes open to see the beloved, her wired legs stalking the sprung ground.
Deer colt tiger antelope. A bunch of daisies in hand, or a hammer, or a pin.

Her fingers that pluck the red of cherries after the buds bust through twigs.
Long walks and the curve of the familiar smile. Thoughts building worlds, while

the dapple of the apricot’s branches overhead announce they’re ripe for cream.
Never, no, a pomegranate, but later in the slanted warmth, an apple.

The heft of it round in palm. That first tart pucker. The audible crisp.
The shining all around and then the ground opening, and she’s gone.

Here’s what an apple can become. Smoothly buttered,
warm inside an enfolding crust and cinnamon.

A globe thrown to Atalanta who keeps running and wins the race.
The fire of cider with lemon, habanero, and a pinch of glee.

Eris’ message carved in the skin, red as taunt: τη καλλίστη ti kallisti
“to the most beautiful,” and let’s leave it to Spring to decide. Shall we?

Meanwhile, ice encases what once brimmed with flesh.
An empty ghost fruit forms on the tree.

One Response to The Poetry of Alexandra Thurman