The Poetry of Karen Donovan

“When the weather turns left I’ll turn into it,/reaching for washouts with my inherited pedipalps,/wagering grapeshot precision I can get home/before lightning thumbtacks me to the palisades./My middle game has never been that great,/a lame excuse, so I will always forget your birthday/but ontically be present for the moment of your death./You’ve left me, a yearling stranded nohow in tansy.”—By Karen Donovan 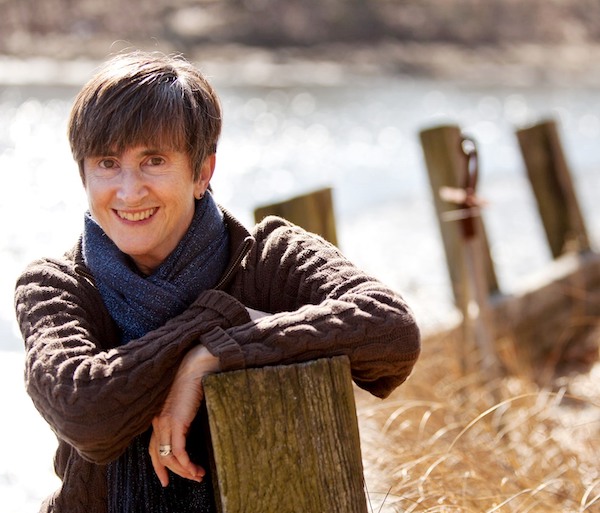 GREENVILLE South Carolina—(Weekly Hubris)—1 January 2023—Poet Karen Donovan’s newest collection of poems, Monad+Monadnock (Wet Cement Press), was published in 2022. Her book Planet Parable (Etruscan Press) appears in an innovative multi-author volume called Trio, along with complete books by the poets Diane Raptosh and Daneen Wardrop. Her other books of poems are Your Enzymes Are Calling the Ancients (Persea Books), which won the Lexi Rudnitsky/Editor’s Choice Award, and Fugitive Red (University of Massachusetts Press), which won the Juniper Prize. She is also the author of Aard-vark to Axolotl (Etruscan Press), a collection of tiny stories and essays inspired by the illustrations in a vintage Webster’s dictionary. From 1985 to 2005, Donovan co-edited “¶: A Magazine of Paragraphs, a print journal of very short prose.” She lives in Rhode Island, way too close to the water.

Now That the World Is No Longer Strange

I hang up by their laces my punch-drunk hands.
I hang them up and leave them swinging

and become the ribbon and a traveler
who takes the ribbon.

I set my foot on the ribbon.
The world rises before me,

a stone seraph weeping and sniggering.
The tears are real, everything is real.

rainbows in gutters.
I find I need my face no longer.

Was always mistaken for a man,
her great ham hands and unshaven calves,

her set gaze, her obvious lack of wings.
No one knew where she had come from

and she liked it that way. Her duty:
to let the other women tend the goats,

to contemplate undisturbed her billion tiny globes.
She would not be opening her robe.

Through windows the moon scattered coins
of archipelagos across the floor,

every island a flawless stepping stone.
She sang the music each world would make

bouncing down the marble stair, its echo,
its spectrum, its cloudy air, its spin.

Day and Night, After Escher

Heaven chuckles at a trick that defeats
space and time so handily: two towns, a landscape

finite but unbounded. From here we see how it’s done.
A traveler lays her past upon this world

to vees of geese, one black wedge honking above town,
one white, fleeing toward evening.

The mirror doubles west and east a bridge, anti-bridge.
The traveler stands her ground, hearing the flock brush

between her and Corona Borealis, raising and tilting
her hand as a visor, wondering, is she her own twin

or is there another like her who so exactly misfits
her life? It is not known what at present prevents the sun

from appearing twice, what provokes these geese
reliably to fly into their barely plausible sky.

You’ll Need Your Seaboots for This

When the weather turns left I’ll turn into it,
reaching for washouts with my inherited pedipalps,
wagering grapeshot precision I can get home
before lightning thumbtacks me to the palisades.

My middle game has never been that great,
a lame excuse, so I will always forget your birthday
but ontically be present for the moment of your death.
You’ve left me, a yearling stranded nohow in tansy.

Later, as the executrix unbuttons your testament,
you’ll rise for us lustrous and soaking wet
with the oatcake of peace on your tongue.
I remember the sun like upholstery in the afternoon,

espièglerie in the top rigging, roving quintillions
of buttery krill. Will a minnow be my drayman?
I hope so. And jacinth your first chandler,
my knight-errant, my impresario, my camelopard.

I should have returned at once but for the tide.

I zoom a kestrel as it swoops off
in the direction of the Water Bearer.

With our field glasses, we can see it all
from up here. My friend the critic

who switches lights on and out for a living
asks me if damson truly has an edible isomer,

if kestrels signify. “Doesn’t the uncanny valley
still broil with the simulacra of empire?

Isn’t this yammer and bristlecone
so much waxed paper?”

Her feet hurt from our climbing.
She wants her marmalade lunch.

I would draw my answer in longhand,
but what I’ve got is one parsnip.

If the endoplasmic reticulum knows more
than it’s telling us, if voltaic zircon

can be reliably trained, if we unearth the index fossil
from this layer, if teasel/sargassum etcetera,

we will have more insight into the neverending possible.
“Pasta bowl,” she objects. “He said

neverending pasta bowl, the guy on the TV.”
As if that matters to me.

The poems above were first published in Monad+Monadnock (2022), Wet Cement Press.