The Poetry of Maryann Corbett

“For such gifts, love (forgiving/their cost, and your digs at performers’ egos, and in hommage/to whatever shakes you wakeful at four a.m./on a May morning to gather a birdsong barrage)/I will bend my bony knees, while I am able,/to the chilly and unforgiving floors of churches/with patience, gaffer tape, and a hundred feet of cable./Wired up before these singers, we might dare/pluck loveliness out of the air.”— Maryann Corbett 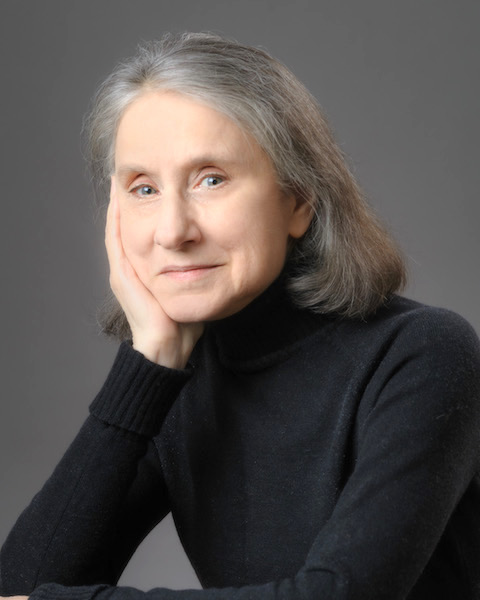 GREENVILLE South Carolina—(Weekly Hubris)—1 January 2021—Poet Maryann Corbett earned a doctorate in English from the University of Minnesota in 1981 and expected to be teaching Beowulf and Chaucer and the history of the English language. Instead, she spent almost 35 years working for the Office of the Revisor of Statutes of the Minnesota Legislature, helping attorneys to write in plain English and coordinating the creating of finding aids for the law. In 2005, she returned to writing poetry after 30 years away from the craft, and is now the author of two chapbooks, four full-length collections already published, and two forthcoming books. Her books are: Breath Control (David Robert Books, 2012); Credo for the Checkout Line in Winter, a finalist for the Able Muse Prize (Able Muse, 2013); Mid Evil, winner of the Richard Wilbur Award (University of Evansville Press, 2015); and Street View, finalist for the Able Muse Prize and runner-up for the Hollis Summers Prize. Her fifth book, In Code, contains poems about her years with the Revisor’s Office and is due out this year. Her work has won the Willis Barnstone Translation Prize and has appeared in many journals on both sides of the Atlantic, including Able Muse, Barrow Street, Christianity and Literature, The Dark Horse, Ecotone, Rattle, River Styx, Southwest Review, and Subtropics. It has been featured on Poetry Daily, Verse Daily, American Life in Poetry and the Poetry Foundation website and is included in anthologies such as Measure for Measure: An Anthology of Poetic Meters and The Best American Poetry 2018.

An Ancient in First-Year Greek
By Maryann Corbett

From In Code (Able Muse, 2020); first published in The Arkansas International.

From Credo for the Checkout Line in Winter (Able Muse, 2013); first published in The Chimaera.