“I would be the official who took care of hopelessly messy piles of straps, strings, ropes, nets, electrical cords, and even roots and weeds. To untangle them. To turn hopeless knots back into soft and docile streams, using the magic trickery of my intelligent fingers, with very little input from my brain. I was the person of next-to-last resort (last resort, of course, would be cutting the knot with a whacking big knife).”—Anita Sullivan 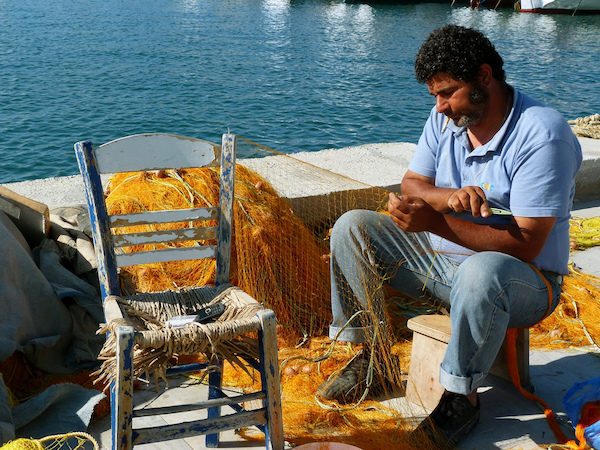 “Radiating out from Qosqo was a drunken spiderweb of 41 crooked, spiritually powerful lines, known as zeq’e, that linked holy features of the landscape: springs, tombs, caves, shrines, fields, stones. About 400 of these wak’a (shrines, more or less) existed around Qosqo . . . . To keep track of the florid abundance of shrines and lines, the empire had more than a thousand men in the city of Qosqo who did nothing but remember these things.” [Peru, 15th Century]―from 1491, by Charles C. Mann

EUGENE Oregon—(Weekly Hubris)—September 2018—When I was a child, I used to make up different worlds and pretend to live in them. Mostly, I was interested in the houses and yards. My houses always had many levels, with winding staircases, secret panels behind the walls, roofs that you could easily reach from an upstairs window and, like a squirrel, jump from, to a conveniently accessible tree and shinny to the ground without anyone knowing you had gone missing.

The “yards” were actually wild gardens interrupted by patches of mysterious forest just large enough to give me the illusion that I was hopelessly lost. Often, I wandered in a labyrinth of park-like glades, in which, if I stood motionless, I might catch sight of deer, unicorns, nymphs, as well as smaller mammals like rabbits and foxes, plus long-legged birds with enormous wings and primitive cries. Although there were no signs, and the paths were many and very much alike, I never seriously felt the risk of getting lost. I had a knack for sensing hidden patterns.

As a young adult, I fell in love with archaeology and learned that there were indeed different worlds, in both present and past, that were every bit as beautiful and strange as the ones I made up. This didn’t cause me to stop inventing my own stories, but now I could add fact to fantasy and work up entire cultures, with their cities, arts, customs, and their mythologies. In such worlds, people would be employed doing the very thing they loved to do best, or at least something they had a genuine aptitude for, but that might in the “real” world be regarded as useless.

In my fantasy city, I was chosen to hold the post of Untangler. 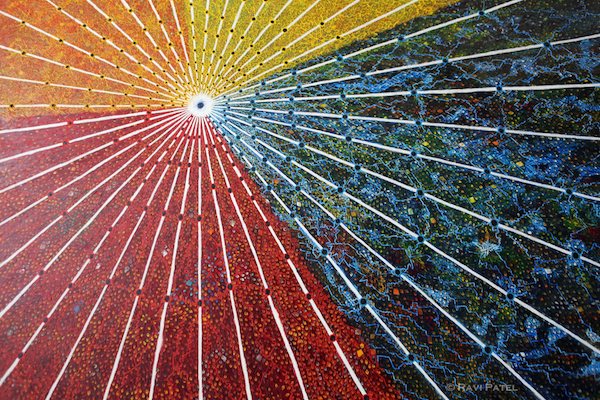 Qorikancha, the center of the Ceque System of the Incas.

I would be the official who took care of hopelessly messy piles of straps, strings, ropes, nets, electrical cords, and even roots and weeds. To untangle them. To turn hopeless knots back into soft and docile streams, using the magic trickery of my intelligent fingers, with very little input from my brain. I was the person of next-to-last resort (last resort, of course, would be cutting the knot with a whacking big knife).

I would plunge my hand into the middle of various stiff and twisted clumps of long skinny flexible materials that had somehow infected themselves with an extreme case of inosculation—or “approach grafting,” as the horticulturists would say—when tree branches grow so closely together that they spontaneously merge as if someone had pleached or grafted them. Naturally, I didn’t attempt to separate branches that had already terminally intermingled their tissues like blood brothers, but certainly many other materials can enter into shape-changing behaviors that allow them to combine their slender articulated parts into dense, inscrutable masses.

For some reason, I seem to have a knack for this work, which is about as useful as my knack for remembering the names of authors but not the titles of the books they wrote, or always knowing which way to turn the screwdriver even when I’m lying down under a piano and holding it (the screwdriver, not the piano) at an awkward angle above my head. Surely, every one of us harbors such a set of peripheral aptitudes, never called upon or acknowledged. Need we design an entire civilization in order to bring these into usefulness?

I was once taking down my laundry from the clothesline, chatting with a close friend. He watched me remove a single clothespin from a heap of brassieres which were all hopelessly tangled into a wad. Grinning, he shook his head, “That’ll take you half the afternoon to sort out. Here, let me see what I can do!” But I shook my head. He, being an engineer, would see the task as How to Figure Out The Pattern, and he would keep trying to trace individual straps back to their original connection. I just stuck my hands into the thicket as far as I could, and started loosening things. There really aren’t many possibilities, and you just keep pulling and turning until eventually the whole thing falls gently onto the grass in its separate parts, all fragrant and clean. Voila!

All of which goes to show that we humans do still retain an animal intelligence that works through our bodies, not directed “top down” from the brain, but independently active through a complex network of receiving and communicating pathways that goes way beyond what we used to call “the five senses.” Check this out for yourself and come apply for a job in my city. Right now, we have an opening for Keeper of Butterflies.

Note: Our second image above, by photographer Ravi Patel, derives from Photos by Ravi.

To order Anita Sullivan’s book, The Bird That Swallowed the Music Box, click on the book cover below. 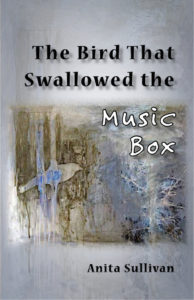 Born under the sign of Libra, Anita Sullivan cheerfully admits to a life governed by issues of balance and harmony. This likely led to her 25-year career as a piano tuner, as well as her love of birds (Libra is an air sign), and love of gardening, music, and fine literature (beauty). She spent years trying to decide if she was a piano tuner who wrote poetry, or a poet who tuned pianos. She traveled a lot without giving way to a strong urge to become a nomad; taught without becoming a teacher; danced without becoming a dancer; and fell totally in love with the high desert country of the Southwest, and then never managed to stay there. However, Sullivan did firmly settle the writing question—yes, it turns out she is a writer, but not fixed upon any one category. She has published four essay collections, a novel, two chapbooks and one full-length book of poetry, and many short pieces in journals. Most recently, her essay collection The Rhythm Of It: Poetry’s Hidden Dance, indulges her instinct to regard contemporary free-verse poetry as being built upon natural proportional rhythm patterns exhibited in music and geography, and therefore quite ancient and disciplined—not particularly “free” at all. This book was a finalist for the Montaigne Medal from the Eric Hoffer Book Award. More about her books can be found on her website: www.anitasullivan.org. The poet-piano-tuner-etc. also maintains an occasional blog, “The Poet’s Petard,” which may be accessed here here.
View all posts by Anita Sullivan →
This entry was posted in Uncategorized. Bookmark the permalink. Follow any comments here with the RSS feed for this post. Both comments and trackbacks are currently closed.

4 Responses to The Untangler