“My Great Uncle Costas who, when I was a child, spoke to me of matters glorious and ideas which other adults considered far beyond my understanding, once told me that time moved backwards and forwards, was mutable and, if we were clever enough and patient enough, we could stand still within it and perceive past, present, and future all at the same time.”—Helen Noakes 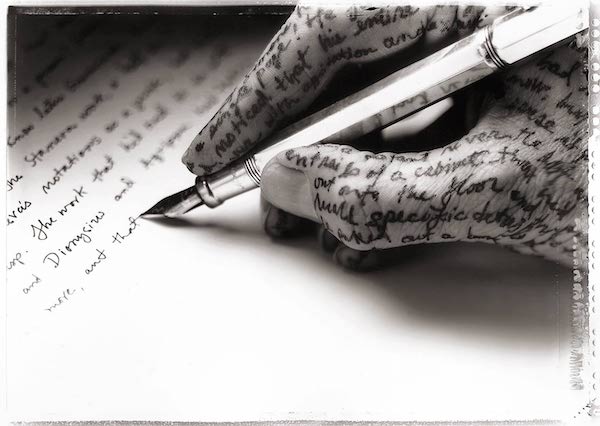 William Faulkner: “The past is never dead. It’s not even past.”

SAN FRANCISCO California—(Weekly Hubris)—September 2018—“Who owns a story? The person who lived it, who speaks it, who supplies the life-giving details? Or the pen-wielding listener who commits those details to paper?”

These questions, posed by Michael Owen at the beginning of his March 4, 2018 “New York Times Book Review” piece on The Invention of Ana, by Mikkel Rosengaard (translated by Caroline Waight), caught me up short.

As I am in the midst of writing a novel inspired by memory, of writing a separate compilation of memories of my family, my life as a child, and my subsequent life-impacting encounters with people who were either angels or demons, how could they not? The working title for the latter is Pentimenti. I chose it deliberately. It’s the plural of “pentimento,” which The Free Dictionary defines as “A visible trace of earlier painting beneath a layer or layers of paint on canvas.” (It is also the word Lillian Hellman chose as the title for her 1973 memoir.)

Do writers of work based on memory own their story, or are they co-owners of a saga with a cast of thousands? We may have lived the experiences, but we certainly didn’t live them alone. The narrative of our lives connects us directly to some and more tentatively to others but, in either case, we are shaped by these connections, else why would we recall them? I’m not speaking only of people, but of places and cultures as well.

And why look back at a life lived? To enrich the life we’re living, to inform the life to come, to remind ourselves that today may mean a great deal now, but will carry even more meaning tomorrow?

My Great Uncle Costas who, when I was a child, spoke to me of matters glorious and ideas which other adults considered far beyond my understanding, once told me that time moved backwards and forwards, was mutable and, if we were clever enough and patient enough, we could stand still within it and perceive past, present, and future all at the same time. I found the idea wondrous and, at the time of this revelation, when I was ten, I saw it as a magical phenomenon. I still do.

I think of Costas’s comment when I write the novel, when I write Pentimenti. What else am I doing, I reason, but stopping in that magical place where time moves fluidly between past and present? And as I chronicle my experience of those who shaped me, I realize that I am looking back to make sense of the present.

But it’s more than that. Much more. In writing of my family, those I knew and those I’ve only heard of, I’m giving them the dimension I could not when I was younger. I needed to have lived enough, to understand enough, to place a proper value on the gifts their being brought into my experience. They’re there in the underpainting of my present self.

In retrospect, whether they brought me joy or pain, they gave me the priceless gift of understanding.