“The intensity inherent in such relationships is wearing, demanding in the extreme, and likely to produce missteps and strange, if not actually bad, judgment. But, it is glorious. Ashley Wilkes may be virtuous and upstanding, but it is Rhett Butler whose blood sings to Scarlett’s.”— Jean Carroll Nolan 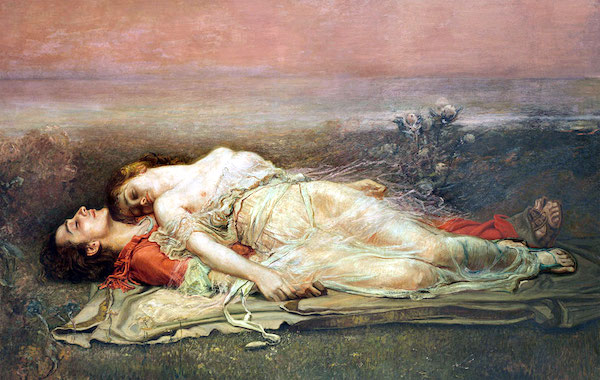 SEASIDE California—(Weekly Hubris)—February 2018—As I write, it is almost February, and all the shelves that only a month ago were filled with red and green candles and papers and cards are now jammed with red and white and pink expressions of love. Hearts and candy abound. Valentine cards can be found for everyone from grandchildren to pets. Googling the holiday expenditure is sobering. We learn from ABC news that in 2017, Valentine’s Day spending on jewelry, flowers, and other goodies was expected to top 18.2 billion dollars, a figure surely equal to the GNP of a small nation here or there. As celebrated in 21st-century America, this feast of a martyr and saint is, like the Christmas holiday that precedes it, fairly well wrapped up in consumerism.

The origins of the holiday are difficult to pin down. The Catholic Church recognizes no fewer than three St Valentines, all martyrs, two of whom were executed for crimes against the Roman Empire, each on February 14, in different years, in the 3rd century AD. It is difficult to suss out which one was the Valentine who gave birth to our little spending orgy. In the 5th century, Pope Gelasius I, seeking a way to superimpose the traditions of the Church on the pagan tradition of Lupercalia, decreed that the holidays were one and the same. This must have been mystifying to both Christians and pagans; how, after all, does one merge a feast of a martyred saint with a pagan party in which young women are flogged with the skins of recently sacrificed dogs and goats? Another proof that religion is often challenging.

Whatever the origins, there is no denying the inherent sexiness of Valentine’s Day. I say sexiness as opposed to romanticism, an entirely different concept. Born (possibly) of a fertility ritual, Valentine’s Day is sacred to lovers. Yes, of course, you also give candy to your grandmother and the mail carrier, but the mall jewelry stores and the florists don’t thrive on familial affection but, rather, on the specific, compelling attraction between two people.  Underneath the romantic fluff of this holiday is a basic truth. We are, most of us, drawn to one specific other, whose appearance, smell, and outlook appeal to us on visceral levels. This is often decried as a shallow, physical attraction, and it certainly may be.

On the other hand, it can be the stuff of legends. Romeo and Juliet, Tristan and Isolde, Paris and Helen, are not famous because of their intellectual connection, but because of their very fundamental, very physical love. The intensity inherent in such relationships is wearing, demanding in the extreme, and likely to produce missteps and strange, if not actually bad, judgment. But, it is glorious. Ashley Wilkes may be virtuous and upstanding, but it is Rhett Butler whose blood sings to Scarlett’s. Romanticism prevents her from recognizing the dictates of her flesh, and thus dooms a handful of characters to miserable, unfulfilled lives.

Love, gritty, physical, difficult, painful, ecstatic, can be, it seems to me, the end result of the Man-is-he-cute moment. But, when you fall in love, advice gets stuck in romance. When I married my husband, literally a half century ago, I was 17. I knew nothing about love as I now understand it. He just left me breathless. And every kind, older woman who advised me said, in essence, this is just a physical thing. You don’t really understand what love is about.

And that was absolutely true. On our wedding day, during the vows, I had a flashing moment of wondering if “in sickness or in health” meant that you stuck it out with someone who had the ‘flu. My ignorance was astounding.

We were all about the physical, he and I, and his going to war just made the whole electric current running between us more intense. It may not have been romantic, but love grew out of it, nonetheless. We made mistakes, we hurt each other, we said foolish and cruel things, but we also cherished each other, comforted each other, and each had the other’s back. We have a lively intellectual relationship, as well, and we both love animals, love to sing. But our loyalty and absolute fealty to each other was born of nothing more elegant than the fact that I love his scent, and he loves my hair, clean and free of sprays or gels.

Valentine’s Day is not about death and sorrow and isolation and struggle, but it should be. It is not the flower-petals-in-the-bathtub, Bechet on the CD player, filet and a nice Pinot Noir evenings that make a marriage. It is the desire to become stronger, to nurture the ability to be yet more sensitive, yet more empathetic, while retaining a sense of self, that is, it seems to me, necessary. To commit to reflecting back to the other the best version of him- or herself, a mirror of virtues rather than a catalogue of weaknesses. For me, all the difficulties were born, and borne, for reasons having much more to do with the Lupercalia than the more staid, modern, “romantic” Valentine’s Day.

A friend, much younger, said, upon reading the poem below, “So, whatever doesn’t kill you makes you softer?” which about sums it up. 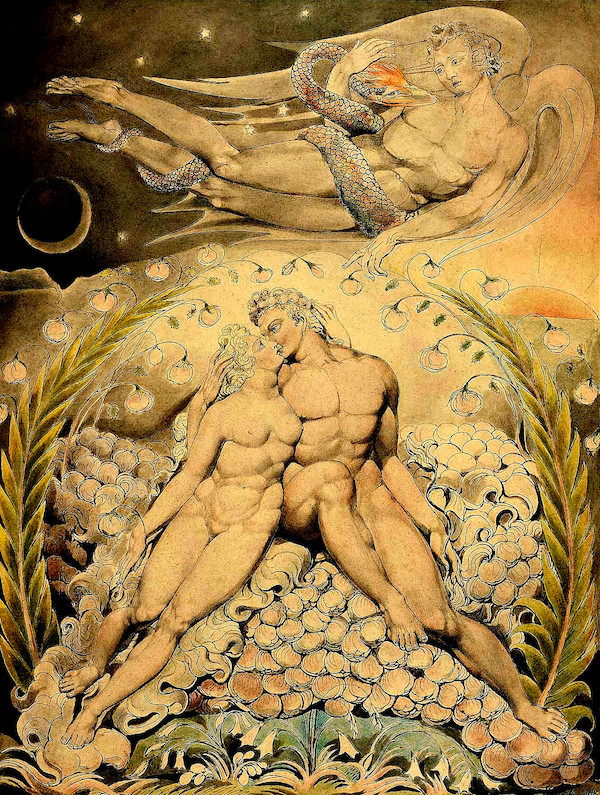 If hearts were sold in slices, neatly placed
on poreless Styrofoam, under plasticine,
like liver, calamari, organ meats,
then we would see their tough and sinewy fiber,
and know how necessary is the mallet,
the back of the knife-blade pounding against the flesh,
creating blood-filled ruts in muscled tissue;
small, salted intersections that tenderize.