Trade’s Not Just About Trade: It’s About Class & Caste

“To avoid the kind of class warfare that festers just below the surface of our increasingly uncivil society, the rich and affluent must surrender a portion of their gains, not just from trade but also from superior educational achievements and a preferential tax system, to help the underclass.”—Sanford Rose 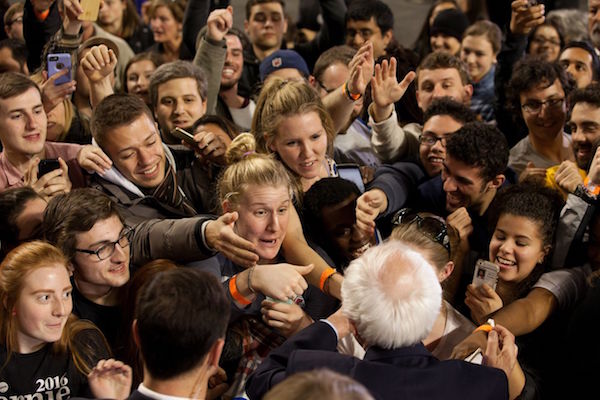 The discussion on international trade this presidential year has been about as primitively syllogistic as that.

What can be done about the effect of trade on jobs and incomes?

One can reduce imports by tariffs or controls. But, other things being equal, that would decrease the supply of dollars (with which we pay for imports) relative to their demand on the foreign exchanges.

When supply falls relative to demand, prices rise. The increase in the price of the dollar means, by definition, that overseas customers must earmark more of their local currency to buy any given amount of dollar-denominated goods. That, of course, helps curb US exports, which reduces the demand for dollars.

Thus, a reconciliation of supply and demand is achieved by substituting jobs in industries competing with the imports that will be shut out for those now located in our export industries.

Otherwise put, any tax on imports—via either tariffs or controls—becomes a tax on exports.

That’s a bad bargain. Export industries pay more than those that compete with imports, so national wages and salaries fall.

Obviously, one cannot just say. “Let’s restrict trade and watch the jobs come back to America,” which is about all that many politicians are saying. There would be repercussions, many of them far from benign.

Trade is not simply an economic issue. It is an issue that goes to the root of national life. It is a question of class and caste.

Although the price benefits of trade redound to all classes—and perhaps even more to the poor than to the affluent because of the former’s higher propensity to spend any extra dollars on more goods and services—the job benefits of trade affect mostly the rich and the affluent. They supply the managerial and technical expertise that runs the well-oiled globalization machine.

They also dominate the political life of the country, mainly through a network of Washington lobbyists that has grown tremendously in the past 40 years.

To avoid the kind of class warfare that festers just below the surface of our increasingly uncivil society, the rich and affluent must surrender a portion of their gains, not just from trade but also from superior educational achievements and a preferential tax system, to help the underclass.

Knowing exactly how to do this is, of course, the ultimate challenge. We can’t retrain those displaced by imports unless we devise more innovative approaches to the retraining problem.

The leading Republican presidential candidates are clueless, or worse, on trade, and they are also hostile to concrete measures to redistribute incomes.

Of the two Democratic contenders, Secretary Clinton has spoken out about the need to expand existing trade adjustment assistance programs to those who produce services, not just goods. She is, however, a centrist and is unlikely to countenance the kind of tax reforms that may be needed to adequately fund that assistance.

By contrast, Bernie Sanders has been silent on trade adjustment and perhaps too vociferous about opposing all trade pacts.

But he understands, perhaps better than most, that income inequality is both a matter of equity and a growth issue. Inequality curbs aggregate demand, and the shortfall in demand crimps investment in the plant and equipment needed to spur our lagging productivity.

So I’d opt for Bernie and, if he survives, he may become as appropriately nuanced on trade as I and others would like him to be.