Posted by Elizabeth Boleman-Herring on September 29, 2013 |

“I have a cell phone and, were I to be stranded by the roadside, or set upon by Java midlets, I would use it but, otherwise, it is turned off. I’m not even sure where my re-charger is, as I use my husband’s, in the event; and the only way we distinguish my dumbphone from his equally dumb phone is that I have plastered mine with decals.” Elizabeth Boleman-Herring 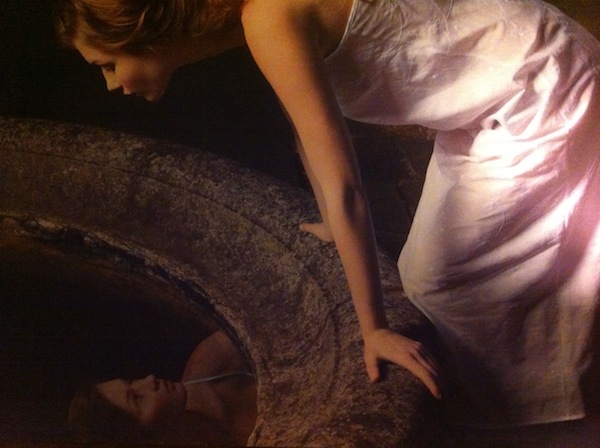 “[P]sychologist Timothy Wilson has learned, as he put it to me, that college students start going ‘crazy’ after just a few minutes in a room without their phones or a computer. ‘One would think we could spend the time mentally entertaining ourselves,’ he said. ‘But we can’t. We’ve forgotten how.’ Whenever we have downtime, the Internet is an enticing, quick solution that immediately fills the gap. We get bored, look at Facebook or Twitter, and become more bored. Getting rid of Facebook wouldn’t change the fact that our attention is, more and more frequently, forgetting the path to proper, fulfilling engagement. And in that sense, Facebook isn’t the problem. It’s the symptom.”—Maria Konnikova

TEANECK New Jersey—(Weekly Hubris)—9/30/2013—On the rare occasion that anyone sees my cell phone, snickers result. My dumbphone, I should say. The “Urban Dictionary” (tactless as well as style-less) explains that mine is the “[o]pposite of a smartphone. Generally has lower specs than a smartphone in terms of screen size, wireless connectivity, storage space etc. However the critical differentiator is that there is no development environment that allows any third party applications to be installed (other than java midlets which are very limited).”

Half-espresso, straight up, with a quarter-tsp. of mango? Tiny, indigenous Indonesian shrimp? Natural-fiber, undyed flip-flops? Search me: I’m as dumb, in many ways, as my phone (perhaps in myriad more ways, as it’s a mini-computer, and I’m an attenuated homo sapiens).

In fact, what I have is a flip-phone or, more charitably, a “feature phone”, which resembles something beamed off the bridge of the USS Enterprise, c. 1966-69, but without that device’s trademark sound effect.

And, Lo, via my beloved Google, I have this instant learned that almost all my favorite Star Trek sounds are now downloadable, though they’d be of no use to me as . . . wait for it . . . I do not use my cell phone.

I do not use my cell phone.

I have a cell phone and, were I to be stranded by the roadside, or set upon by Java midlets, I would use it but, otherwise, it is turned off. I’m not even sure where my re-charger is, as I use my husband’s, in the event; and the only way we distinguish my dumbphone from his equally dumb phone is that I have plastered mine with decals.

I neither tweet nor text. I have no GPS. I do not log on via phone. My thumbs are silent. I leave the room (any room) when CNN, Fox or (even, gasp) MSNBC becomes audible (I leave the room running should I glimpse Wolf Blitzer’s mug onscreen: hearing him causes me to break out in hives), and even my friends’ “activist posts” on Facebook now give me the vapors.

If anyone I know takes on multiple causes, and this might involve a single friend’s posting, in any given 24 hours, alerts about animal rescue, the evils of Monsanto, Obama’s burgeoning duplicity, any of a number of untoward effects certainly induced by childhood vaccination, the benefits of wearing clothing made from kale, etc., etc. my fingers drift towards the “Block” function.

For me, the squawking and caterwauling and yawping of all small screens (and, perhaps, especially, this one, where my own words are emerging, one after another, like so many segments of, well, excrement) is just so . . . 20th century.

I do not mean for these—all of the observations stated above—to comprise a list of my virtues, or even my worthy “abstentions.” I sit here at a computer screen, typing into the aether (which I refuse to spell “ether”) just like any other 21st-century denizen, just like you, but I do recognize that crossing the Rubicon from script to printing, and switching from composing non-fiction (and even poetry) in longhand (on legal pads) to typing (with both arthritic index fingers) upon keyboards whose “r” and “a” I have worn away for the third time in as many years . . . has taken a toll on me. And on everyone else I know.

I, we, have passed through a common toll booth, on the highway to perdition, paid a price and, for the life of me, I cannot compute the amount we’ve been charged.

What have we been direct-debited for our mass dive into social (and they are anything but) media?

What have we lost, all of us, sitting on our fat asses in these office chairs, staring at these screens, imagining that our rantings and wailings and noticings and alertings and bombinating in silent voids . . . amounts to anything at all?

We’ve lost our bearings and, each time we log on, the addiction—and I do believe we are now all, to one extent or another, addicted—snowballs.

We’re also becoming what I can only term delusional. En masse. Bats. Like suspended, silent characters in The Matrix series.

If we actually believe that sharing a post–“Beware Monsanto”–just for example, actually accomplishes anything in the analog world (remember that place?), we are nothing if not delusional.

OK. If the only cause we take on is pressing for proper food labeling (and that’s the best we’ll be able to accomplish, believe me: we’re up against corporate giants, here, and none of us is Gandhi on his Salt March), and we don’t fritter away our time with (shiny object, shiny object!) a gazillion other “causes” simultaneously, well, we might effect some change. Might.

Facebook’s time is over. Way over.

Its “utility”—really, from the very beginning—was strictly limited and invisibly limiting. Like Narcissus’s tiny reflecting pool, social media beckon, we peek in and, then, we were always meant to push away from the mirror and . . . go outside. Into the garden. Get on the bike. Actually move our limbs beyond our thumbs. Talk with living beings. Write. Dance. Work. Collar senators. Build bridges. Laugh out loud (as opposed to grin, silently and alone). Make love (or war)—not just type about it.

On Facebook, for all I know I could be interacting with a Java midlet as opposed to Larissa in Stockholm or Bill in Bangkok.

“Beware Monsanto, Larissa!” Not worth the movement of my digits on a screen. Truly.

So . . . how are all these realizations going to modify my own behavior in future?

Will I put into practice what I’ve just preached?

As it is, I go on Facebook (now, there’s a misuse of the verb “to go,” which implies real movement in real time, but let’s put that aside for a moment) primarily to: 1) let readers (those who still read) know that essays have posted on my online magazine; 2) post snarky and high-brow and sometimes truly potty-based humor; and 3) throw up pretty photos of my other homeland, Greece, which is going through a helluva time just now and whose citizens can use the distraction.

So, let’s re-cap: I do not use a cell phone. I do not delude myself by thinking my interactions on Facebook amount to much more than a hillock of virtual beans. I do not watch network television (except Jon Stewart’s “The Daily Show,” without which my life in New Jersey would be unlivable). I do not text. I do not tweet. And, for the most part, I do not even pick up my land line when it rings.

If, and it’s a big if, I constrain my exposure to The Borg of small screens fore, aft and everywhere else, I have a tiny, tiny chance of actually writing something somewhat original, getting some actual physical exercise, reading the 4-6 books per week that I need to read to complete my bucket list (Proust, I’ll get to you yet!), and at least noticing that there is another homo sapiens living and breathing under a shared roof (he of the cell phone charger).

So, even were a Java midlet to walk right up to me, I’d be massively unimpressed, unless he were carrying an unpublished ms. by Jane Austen, or offering me free Iyengar Yoga lessons in the park across the street, or—better yet—accompanied by Samantha Bee, Jason Jones, Aasif Mondvi, and John Oliver . . . in the flesh (the trussed-up and mouth-duct-taped-shut Wolf Blitzer carried aloft on their shoulders).

Note: The epigraph for this column derives from http://www.newyorker.com/online/blogs/elements/2013/09/the-real-reason-facebook-makes-us-unhappy.html, a piece by Maria Konnikova titled “How Facebook Makes Us Unhappy.”

The image (of a female version of Narcissus) used here as an illustration derives from http://inbadcompanyinc.wordpress.com/tag/maternal-narcissism/.