“We left our Frederick-Law-Olmsted-inspired paths winding among my fern garden to move to a retirement village in Burlington. Gardening space was provided, an ungenerous plot some 10 by 12 feet, on clay soil that could have been shaped into brick or slabs for sidewalks. After one season of hard, unproductive work, I headed to Lowe’s for supplies for organic gardening.” John Idol 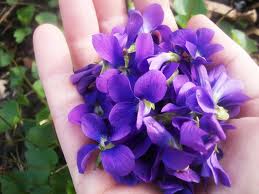 “If you have a garden and library, you have everything you need.”—Cicero

“Though an old man, I am but a young gardener.”—Thomas Jefferson

BURLINGTON North Carolina—(Weekly Hubris)—9/30/2013—A gift from my late wife, a favored T-shirt of mine sports the quotation from Cicero in my epigraph above. A good many people I encounter while wearing it react by saying, “That’s the truth.” I view all who respond in this way as civilized people. But I do have one caveat: I’d add a third desideratum—a soul-mate—and I give God credit for knowing what he was doing when he robbed Adam of a rib. Despite the solitary joys of coming to a garden alone celebrated in a hymn I heard often in my childhood, I don’t like going to a garden alone.

Since childhood, I’d worked alongside my parents and siblings in our gardens and, when my parents weren’t part of the crew, I could cuss and fuss to my heart’s content about having to hoe beneath a blistering sun. But having failed to raise a garden in a wooded lot in Clemson, South Carolina, I arranged to plant one on a well-lighted spot on a neighbor’s farm. Once it was growing, I hoped to leave it for a couple of weeks while my wife and I drove to Harvard for a few days of research on Thomas Wolfe. Before leaving for Cambridge, she helped me chop out busy-body weeds so that our tender plants were not choked to death in our absence.

My willingness to let her help and her eagerness to lend me a hand resulted in nearly 40 years of blighted life for her, in all probability, since her exposure to sunlight brought on crippling dermatomyositis, an autoimmune disease akin to lupus. In periods of remission, she became an excellent needle artist and a delighful companion on two trips to Europe.

As much as she liked being out of doors and working with me, she had no choice but to leave me to garden alone. She could, however, see me from her craft room, and bring me glasses of ice water when I came to the door drenched with sweat. Also, my efforts to please her eyes were visible from our breakfast room, from which she could savor a large collection of irises and a smaller patch of vincas. Perhaps even more pleasing was something I had only to pinch off and bring to her: small clusters of violets placed in a small jade vase. “How pretty!” she exclaimed each time I placed the violets in her hands.

But she also happily received daffodils, peonies, and roses, those I’d fenced off from Bambi and his voracious elders.

It was the enormous but not particularly discriminating appetite of the lank-sided cervine in our yard that turned me into a fancier of ferns. Ferns the deer did not like, unless something like a young and tender painted Japanese fern was on the menu.

As much as I was frustrated by deer in other parts of our yard, I faced an even more exasperating foe in the form of loggers who came to harvest tremendous oaks, poplars, and pines for the absentee landlord living in far off New Jersey. As everyone knows, ferns almost universally consider the sun their enemy. Imagine my consternation—and anger—when a crew of loggers cleared the adjoining lot of all trees except saplings and weed trees. Ferns that had enjoyed shade from the neighbor’s lot had to be dug up and replanted, not an easy job in hot, mid-summer sun.

Not only must I move ferns, but rocks gathered from here and there, including a couple that served as cornerstones in a peg-fastened barn built by my namesake, John Nicholson Idol, on his farm in Deep Gap. Several stones, too heavy for me to lift or roll into place, were pushed by a back-hoe operator doing some landscaping for a neighbor. I had them formed into a roughly shaped rectangle and nestled ferns close by. That arrangement made watering them easier, and cut down on the distance Margie had to walk when she came to view my handiwork.

One act of the loggers remains a sore spot with me: their failure to remove stumps, limbs, and other debris from the lot. Ugliness heaped on ugliness: a far, far cry from the welcome shade the handsome oaks and poplars provided for my fern garden.

We left our Frederick-Law-Olmsted-inspired paths winding among my fern garden to move to a retirement village in Burlington. Gardening space was provided, an ungenerous plot some 10 by 12 feet, on clay soil that could have been shaped into brick or slabs for sidewalks. After one season of hard, unproductive work, I headed to Lowe’s for supplies for organic gardening. That approach worked and, once again, I had flowers to carry to Margie. She received them with even greater appreciation, since she knew how much trouble I had gone to in raising them.

I had no third season in that garden, since Margie was approaching death as spring came to Burlington. Until the end of June, she expressed her thanks to me for flowers, usually roses, fetched from Aldi’s or Walmart. It will be with a heavy heart that I return to a garden now, but I will go, for gardening is a sure path to resurrection.

Note: The image used to illustrate this column derives from http://salad-a-day.blogspot.com/2011/04/violet-petals-spring-fruit-salad.html.