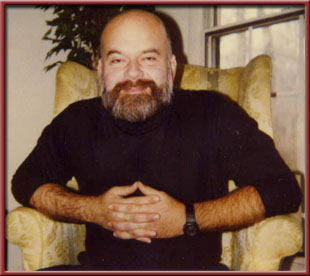 KISSIMMEE, FL—(Weekly Hubris)—1/3/11—A.J. Liebling once said that although the function of the press in society is to inform, its role is to make money.

Money for whom? Judging from the recent avalanche of funereal articles on the state of the municipal bond market, it would appear that the press is trying to fill the pockets of those whose business it is to go short that market.

Buying a California general obligation bond is akin to speculating on the recovery of housing.

If, and when, property values bottom and turn up, discretionary defaults will decline, and sidelined home buyers will enter the market, initiating the familiar virtuous circle—prices start rising, which emboldens buyers to get in on the action, which increases demand relative to supply, which leads to more price increases, which attracts more buyers determined not to wait and thereby miss any remaining bargains, etc.

If housing turns around, the acute phase of the muni bond crisis, which owes much to the on-going fall in property assessments and the concomitant decline in tax revenues, disappears.

But housing may not turn around for the next two years. Indeed, there are credible projections that prices have another 10 percent to fall. That would be bad news, but would it cause states to “stiff” their bondholders?

Most press pieces note that the combination of depressed tax revenues and overgenerous pension and retiree health obligations may be sufficient to throw at least Illinois and California into default.

However, one must be wary of lumping problems in operating budgets with long-term structural issues, such as underfunded pension liabilities.

If one brings in the structural problems, most states are indeed bankrupt. So, for that matter, is the Federal government, if we include in our discussion projected Medicare and Social Security shortfalls.

Clearly there is need for structural rethinking throughout the public sector.

But none in the press has, so far as I know, emphasized the fact that, despite its dire problems, Illinois, for example, has the wherewithal to extricate itself from its operating budget deficit. A 2 percent increase in state income and sales taxes, painful as that step would be, would convert the deficit into a slight surplus by around 2015.

Ah! But would the citizens of Illinois accept that kind of a sacrifice? Wouldn’t they first penalize the bondholders (basically affluent individual Americans) in order to avoid this type of general pain?

If there were some strong likelihood that they could get away with this action, it would be taken, justifying the depressive tone of current press sentiment.

Yet, while it may happen, this course of action would almost certainly prove counterproductive. In the first place, it is a violation of the Illinois Constitution (a nicety that, we can agree, will not deter the desperate for long).

More important, however, interruption of debt service, which incidentally amounts to less than 10 percent of state revenues, would lead to the expulsion of Illinois from the capital markets for a long, if somewhat undetermined, period.

It makes precious little logical sense to cut off access to borrowings that finance current annual pension payments while one is pondering the kind of reforms that are most likely to reduce these payments in the future.

The press, in its consuming fondness for eschatology, may have overplayed this story. Let’s hope I’m right. Widespread state municipal defaults could easily push the country back into recession.