Alternatives to Despair: Stages 6 and 7 of Grieving

Elisabeth Kübler-Ross, author of On Death and Dying.

“It’s only when we truly know and understand that we have a limited time on earth—and that we have no way of knowing when our time is up—that we will begin to live each day to the fullest, as if it was the only one we had.”―Elisabeth Kübler-Ross

“The way in which a man accepts his fate and all the suffering it entails, the way in which he takes up his cross, gives him ample opportunity—even under the most difficult circumstances—to add a deeper meaning to his life. It may remain brave, dignified and unselfish. Or in the bitter fight for self-preservation he may forget his human dignity and become no more than an animal. Here lies the chance for a man either to make use of or to forgo the opportunities of attaining the moral values that a difficult situation may afford him. And this decides whether he is worthy of his sufferings or not.”—Viktor Frankl,  from Man’s Search for Meaning

BELLOWS FALLS Vermont—Weekly Hubris)—1 March 2022—Swiss-American psychiatrist Elisabeth Kübler-Ross was the first individual to transfigure the way that the world looks at the terminally ill. She pioneered hospice-care, palliative-care, and near-death research, and was the first to bring the lives of terminally ill individuals to the public eye. In her best-selling, award-winning 1969 book, On Death and Dying, she introduced the five stages of grief for which she became famous (denial, anger, bargaining, depression, and acceptance).

In other words, my interests begin with how we respond as individuals to the idea of our own deaths as part of the phenomenon of extinction of Homo sapiens. My interests extend beyond those of the famed psychiatrist to how we respond as individuals within communities and a global society. However, I have frequently discussed the notion of our individual response in this space, focusing on ideas and actions such as integrity and providing care for ourselves and others.

A few years ago, I wrote about the idea of a sixth stage of the Kübler-Ross model, which I called, “gallows humor.” Specifically, I introduced the idea of Stage 6 in late 2014 with a blog post at Nature Bats Last. (That blog post was a casualty of one of the many attacks on my blog, so it can no longer be found.) My short summary: To the very limited extent we have free will, we can apply gallows humor to our near-term demise. Obviously, extinction is no laughing matter. And yet, we frequently laugh at the lines from actors during action-adventure movies that have the heroes on the verge of death. Both laughing and crying in the face of our own deaths offers the advantage of emotional release. Laughing has the additional advantage of demonstrating courage.

About a year after describing the sixth stage of the Kübler-Ross model, I described the seventh stage at Nature Bats Last. A short documentary film about the Seventh stage followed. The seventh stage is, “F*ck It.” Contrary to the initial thought of most people, f*ck it does not mean giving up. It sometimes refers to giving in to the situation. Mostly, though, it refers to not doing what you don’t want to do if doing so is not helpful. Contrary to the commercial slogan, “Just do it,” I sometimes propose, “Just stop it.” Another way to say this: “Don’t just do something. Sit there.”

If your actions are helping neither you nor others, I suggest you think about why you continue pursuing these actions. If you are wasting your time, hurting yourself, or hurting others, just stop it.

Meeting the expectations of others is a favorite trick of many people embedded within this “civilized” set of living arrangements. Sometimes, meeting those expectations is analogous to using them as bars to build a cage around ourselves. Don’t just do it. Rather, just stop it. Take care of yourself, so that you can take care of others.

As the flight attendants say, put on your own mask first.

Consistent with the work of Elisabeth Kübler-Ross, I have offered Planetary Hospice as a positive way forward. If you type the phrase, “planetary hospice” into the search box at Nature Bats Last, you will see my early work on this topic. The approach I have taken is consistent with Kübler-Ross’s pioneering work in hospice care and palliative care. In addition, planetary hospice is one of the foundations on which the Only Love Remains workshop was created. This workshop has been offered by my partner Pauline and me since January 2014. (For more details, please study the website for this workshop.)

To the very limited extent we have free will, we can respond to our dire, collective situation in a variety of ways. We can blame and shame, the standard approaches. As nearly as I can tell, these approaches serve only to make us feel better in the very short term. 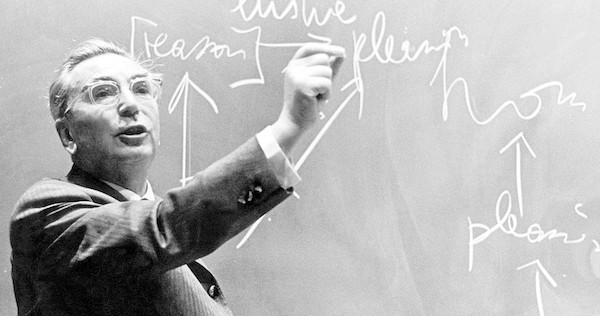 We can take actions to improve the lives of people around us, a noble approach often called serving others. In pursuing this approach, we can keep in mind the words of Viktor Frankl in his amazing 1946 book, Man’s Search for Meaning, written shortly after Frankl was a prisoner-of-war in Nazi Germany: “Between a stimulus and a response is a space. In that space is the power to choose our response. In our response lies our growth and our freedom. The last of human freedoms is to choose one’s attitude in any set of circumstances.”

I rarely blame or shame people for the dire straits in which we find ourselves. After all, we were all born into this set of living arrangements, through no fault of our own. What can we do?

We can apply gallows humor to our near-term demise along with the abrupt after-effect of the extinction of all life on Earth via rapid rates of environmental change and also the uncontrolled meltdown of the world’s nuclear facilities. (I have described both phenomena earlier in this space.)

Obviously, I am no fan of the extinction of life on Earth. I am a conservation biologist absolutely in love with life. I am merely presenting the work of others, as has been my situation for several years. After all, I voluntarily left behind the enormous privileges associated with a full professorship at a major university in mid-2009. I continue to showcase the important work of others as a means of continuing my efforts to teach others what I have learned.

Despair is a common and expected response to individual deaths as well as to the extinction of Homo sapiens. However, we need not wallow in despair. As individuals, we are fortunate to have appeared on this most beautiful of planets in physical form. Let us revel in the few moments we have.

2 Responses to Alternatives to Despair: Stages 6 and 7 of Grieving