“Finding one’s meaning in an ambivalent universe is one thing. After all, one’s authentic purpose must come from within and it might take years to discover. Finding one’s meaning on an indifferent planet rapidly running out of habitat for humans is the ultimate raw deal. It is as though you have worked tirelessly to become the greatest sound engineer in the world . . . immediately before every sentient organism, including you, loses its hearing.”—Guy McPherson 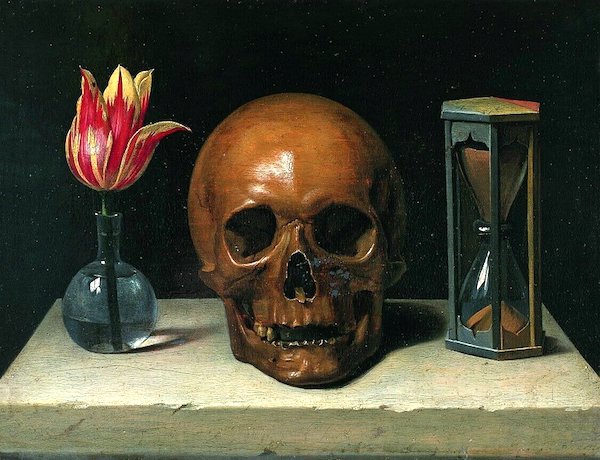 WESTCHESTER COUNTY New York—(Weekly Hubris)—February 2019—Imagine receiving a terminal diagnosis at an early age. You are simultaneously liberated and devastated; suddenly able to live as you like, freed from the shackles of societal expectations; but . . . you have no future. Your dreams are shattered. Why bother pursuing excellence and love if you have only weeks or months to live?

This is the predicament we all now face. It is particularly poignant for those who have been told, and falsely continue to believe, that their dreams will be fulfilled if they work hard and adhere to societal expectations.

Millennials come immediately to mind: They almost universally know they have been gaslighted at the level of the entire society, yet there is no chance for the payoff they’ve been promised. “Life sucks and then you die” has never had more meaning than for college students wracked with nightmarish debt and pockets full of dreams.

Finding one’s meaning in an ambivalent universe is one thing. After all, one’s authentic purpose must come from within and it might take years to discover. Finding one’s meaning on an indifferent planet rapidly running out of habitat for humans is the ultimate raw deal. It is as though you have worked tirelessly to become the greatest sound engineer in the world . . . immediately before every sentient organism, including you, loses its hearing.

I interacted with many millennials at my home in Belize, where our mission was to facilitate the personal growth of all who visited or lived there. We shared work and meals. We talked into the night, at least until my early bedtime. They knew, even before meeting me, that my generation had crapped on theirs and then lied about it. They know the lies continue, too. My evidence-based confirmation came as no surprise to these extraordinary people who had already chosen a path so much more grounded and wise than that of most of their contemporaries.

The response to new information varies, of course. Most visitors stayed as long as they had originally planned. They left on schedule, informed and appreciative. The occasional guest planned an immediate departure, choosing to spend the short time remaining with ailing family members. A few guests arrived alone and departed with a partner. My messages of love and urgency provided inspiration for the urgent love of these latter young-at-heart individuals.

My advice—not that you have asked—is to do what seems right for “the particular situation,” without attachment to an outcome.

I recommend forsaking hope and fear and, instead, pursuing action. I recommend living as though death is drawing very near . . . while still flossing and brushing. I recommend adventurous radicalism without intentional harm to oneself or others.

The short version of my advice is contained within three whispered words: live here now.

And I realize the inherent difficulty of living fully in the current moment. I know none of us was, is, ever promised another day. Here and now are all we have, and all we have ever had. And if I believed in miracles, I would call each of us one, considering the odds against any one of us being here at all.

None of my advice will prove easy to implement. Nor should it. Were it easy, anybody could do it. If you are reading these words, you are not just anybody. As a result, my advice is what you have come to expect from me:

In light of the short time remaining in your life, and my own, I recommend, still, all of the above, more loudly than before. More fully than you can imagine. To the limits of this restrictive culture, and well beyond.

Live large. Be you, and bolder than you have ever been. Live as though you are dying. Because you are. 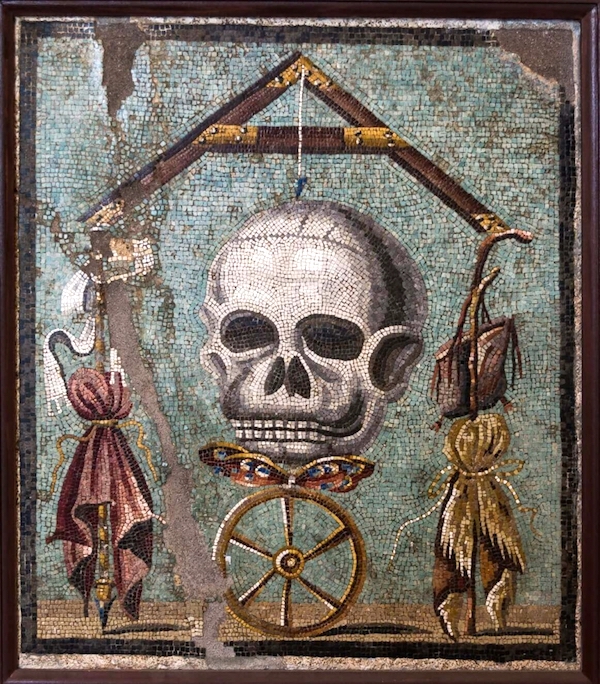 People occasionally accuse me of promoting hedonism. Before I address this idea, a disclaimer is in order. Do not get me wrong. I am not a prude: I am a huge fan of pleasure. And I have no problem with happiness, as long as it’s not confused with joy or the acquisition of material possessions.

My standard response to the accusation that I promote hedonism, whenever the issue comes up during public presentations, is to ask when hedonism has been recently forsaken in the country of my birth. Most members of a privileged audience believe I am joking when I give this response. A short time later, we turn out the lights and the people in the audience drive home, stopping only for a quick bite to eat in one of the restaurants they pass on the way to their two-car garages in suburbia.

Back to the point: Hedonism seems a few materialistic steps beyond pleasure; perhaps into the realm of ecstasy. And I love feeling ecstatic. According to the Merriam-Webster online dictionary, hedonism is: 1) the doctrine that pleasure or happiness is the sole or chief good in life; and 2) a way of life based on or suggesting the principles of hedonism.

At issue here is the degree to which one is willing to sacrifice principles for pleasure. I suspect we enter difficult ethical terrain when pleasure becomes the sole or chief good in life. Defining moderation, as sought by Socrates, is a worthy pursuit (ditto for the remaining handful of Socrates’ pursuits, namely justice, good, virtue, piety, and courage). The ancient expression, “nothing too much”—unfortunately twisted into the contemporary phrase “moderation in all things”—has great merit. 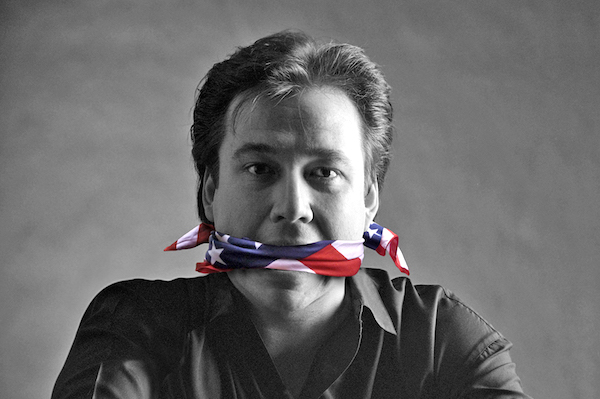 Gonzo journalist Hunter S. Thompson is renowned for his line, “I hate to advocate drugs, alcohol, violence, or insanity to anyone, but they’ve always worked for me.” Most people claim that they detest violence. Yet these same people benefit from, and apparently appreciate, the oppression and early deaths of people who happen to live in the vicinity of the fossil fuels requisite to maintenance of American Empire.

A line from long-dead American comedian Bill Hicks is apropos: “There are essentially only two drugs that Western civilization tolerates: caffeine from Monday to Friday to energize you enough to make you a productive member of society, and alcohol from Friday to Monday to keep you too stupid to figure out the prison that you are living in.” These are the drugs Thompson claimed he appreciated, in his clever, insightful manner. I suspect he agreed with Hicks, although we will probably never know.

So much for violence and drugs. What about insanity?

What more can I write or say about a culture gone mad? I have written thousands of words in dozens of essays about individual and societal madness. For more than two decades, I have predicted an acceleration of violence as economic contraction proceeds. And yet the mad march on, believing themselves sane because their indoctrination is so stunningly complete.

There is no external escape. There is no place to hide. Only through introspection can one escape the madness of contemporary culture.

No drugs needed. And you can skip the alcohol, violence, and insanity, too. 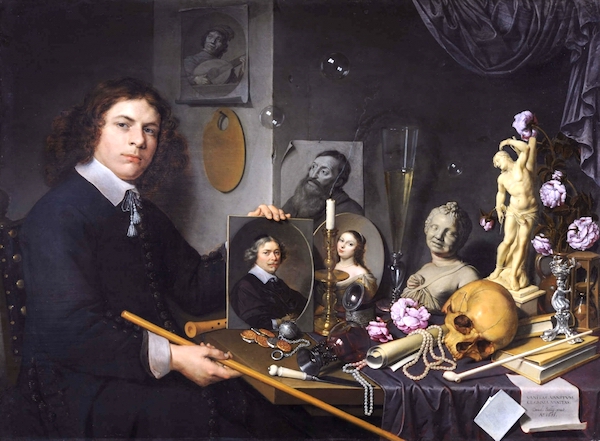 More About Meaning: The Infantilization of America

The infantilization of the “Western” world is complete. Americans are particularly notable in this regard. Look at what we call news. And work. And food. And thinking. And entertainment. And education. And success. (I could go on, as you know.)

I present a few examples of infantilization in the following paragraphs. I could list a few dozen others, but I will spare some people the horrors of reminders and others the agony of introspection. If the latter folks routinely employed introspection, I doubt I would be compelled to write this essay.

Example 1: Seeking Attention. People claiming to support me, or in other cases claiming I am wrong about everything, employ a curious combination of full-frontal insanity and faith-based junk science to garner an audience. Both groups exhibit far more confidence than competence. I wish I could say I am surprised.

Example 2: The “Should” Phenomenon. I have grown tired of people telling me what to do and what to read. After over three decades of self-reflection, I am quite comfortable in my own skin. I have thought deeply about how I live. I have developed my own personal philosophy, rooted in radical honesty, and I adhere to it. The chaotic response from many people is particularly telling.

Example 3: Use of the Word, “Resource.” We do not form decent relationships with resources. Decent relationships are rooted in empathy, compassion and, perhaps, even love. And . . . resources are for exploiting? Perhaps you detect the obvious disconnect. If you are tapped into the narrative of the dominant paradigm, then perhaps not.

Example 4: Evaluating Evidence is Difficult. Most people cannot be bothered. Instead, they turn to celebrities, politicians, and public figures. (And most don’t understand why this behavior is presented as an example of infantilization.)

If you are not squirming in your intellectual seat, congratulations. Perhaps your quest for meaning in your own life is complete. If so, then you are a rare bird surrounded by pigeons. The pigeons are strutting as though they have won life’s most precious prize. They have not.

7 Responses to Finding Meanings in Life