“Ravitch had gained access to a vast glossary compiled from ‘bias guidelines issued by major educational publishers and state agencies’ for any writer preparing texts or tests for K-12 students. Presumably, with this template, no one would submit the following sentence to a selection committee: ‘The deaf lumberjack, who’d become a bookworm since his accident confined him to a wheelchair, lived in a hut and wrote stories set in Mother Russia.’”—Skip Eisiminger 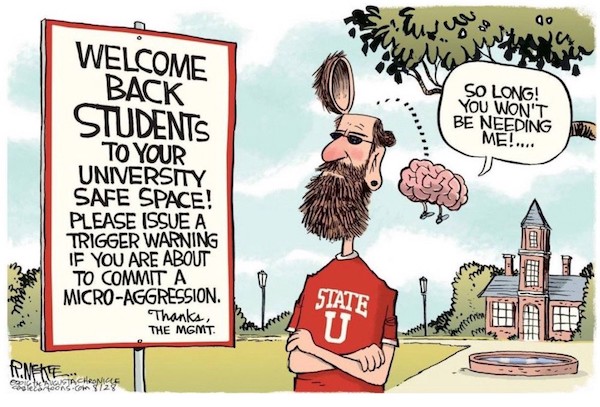 I. “Though he’s usually closeted now, the Queen’s English has a boorish nephew.”—The Wordspinner

CLEMSON South Carolina—(Weekly Hubris)—July 2018—A former colleague of mine says that she rejects “any word that hurts people.” I asked her once if this means that she wouldn’t damn the lies of someone like Donald Trump. She said, “I’ve written at length about the President’s ‘counterfactual propositions’ but without hurtful and irrelevant references to his gender, ancestry, and such.”

I’ve never thought of myself as prejudiced, but I know there are at least two who would disagree. One was a Jewish student in the 1980s who overheard me telling a colleague at a fall registration how I’d tried but failed to “Jew down” a used-car salesman. I apologized and have not used the term in conversation since. The other is a Dutch colleague who in 2017 received my invitation to a “Dutch treat” luncheon and lecture. He replied explaining how if the guests were expected to split the bill, my invitation should have been to a “no-host” luncheon. “Dutch treat,” he said, “implies that every Orangeman is a cheapskate.” But “no-host,” I said, sounds counterintuitive, coming as it does from a host. Nevertheless, I have succumbed to the force of my fellows, for if I can write or speak without offending, I think it behooves me to do so. I no longer call a spade a spade, but I will continue to call a club a club.

Careful as I have been since the “PC,” or political correctness, movement began almost 60 years ago as a sturdy limb of the civil-rights and feminist trees, I don’t bend far enough to suit all. Recently I wrote a piece of flash fiction called “Lust and Love in a Time of War.” Read it and decide for yourself if I “crossed the line”:

“On a breezy but cloudless day in St. Andreasberg nestled high in the Harz Mountains, the adolescent sisters Helga and Ingrid decided to go for a swim before the Anschluß of summer hordes annexed their roads, muddied their streams, and dumped trash in their swimming holes.

“So, despite the wind chill and news of the latest invasion on the radio, the girls coiled their pigtails into buns, collected their swim suits, and packed a lunch as the sun rose to its cusp. Not seeing a soul along the way, they agreed to go in skyclad to save their new suits the wear. Though the water still sent shivers along their alabaster limbs, after a few minutes of furious horseplay, their blue skin was flushed, and they decided to soak up some of that warmth they’d been trying to recall all winter.

“But as they turned toward the grassy bank where they’d entered the water, they noticed a young man sitting uneasily beside their clothes.

“’Hey!” Ingrid thundered as she dropped to a squat. ‘What do you think you’re doing?’

“’I’m guarding your clothes,’ said the smiling fellow. ‘Gypsies or Jews may be a-lurking.’

“’There are no thieves in the Harz,’ said Ingrid, her eyes flashing, ‘except you!’

“Frantically fishing around in the water clouded by the girls’ horseplay, Ingrid found a rusty skillet, perhaps the relic of an erstwhile camping trip. Thus, with one arm across her breasts and the skillet before her crotch, Ingrid stormed out of the water and then abruptly stopped.

“’What are you laughing at?’ she demanded.

“’Look at your skillet,” the clothes guard said. ‘It has a rather large hole in it.’”

“A few weeks later, unable to evict the defiant nymph who’d taken up residence in his brain, the smiling fellow came courting Ingrid. This time, she agreed to his advances, but then the war began in earnest.”

The editor of the magazine I’d submitted the piece to objected to the phrase “Gypsies or Jews” and rejected it. I replied that that phrase exemplified a common German prejudice and usage in the 1930s, but my complaint fell on “aurally challenged” ears. 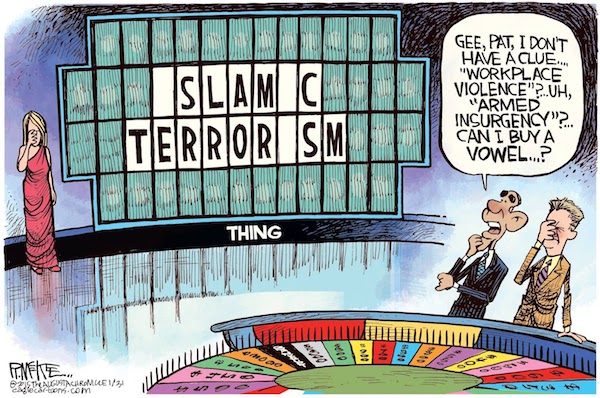 II. “I think the big problem this country has is being politically correct. I’ve been challenged by so many people, and I don’t, frankly, have time for total political correctness. And to be honest with you, this country doesn’t have time, either.”—Donald Trump

Tired of the disrespect, and sensing some historical tipping point, American women and minorities in the 1960s began demanding changes in the way we refer to each other. Here’s a short list of the offenses that led to the demands: for over a century, conjoined twins were “Siamese” regardless of where they were born; Down’s Syndrome children were “Mongoloids,” and people with cleft palates were “harelips.” In the 1950s, my Georgia grandmother had no apparent shame telling her Black gardener to cut back the “n—– flowers” as she called her bed of spreading gaillardia. As recently as 1994, the BIC Corporation of Milford, Connecticut introduced the “Spaz” pen after months of work. And in 2017, “Harper’s” reported that passengers “perceived to be Muslim” were removed from UK and US aircraft for “praying,” “working on algebra problems,” “looking at Arabic text messages,” and a spate of other innocent endeavors.

Hardly a week passes that I don’t add another example of political incorrectness to my files largely, I suspect, because many feel threatened by the rise of those who were once lower than they. I clipped the following AP report on May 27, 2018: “Robert Kujawa of Allentown, PA was found guilty of using racial epithets for years against his black neighbors. Kujawa was sentenced to four years in prison after he was convicted of ‘ethnic intimidation, harassment, and stalking.’”

Clouding the PC issue, however, was Henry Beard and Christopher Cerf’s The Official Political Correctness Dictionary and Handbook, published in 1992 and updated several times since. Beard and Cerf ill-advisedly listed joking references such as “bovine persons” for cowboys, “persons of stupor” for drunks, and “the follically challenged” for the bald beside terms like “people of color,” a substitute for the offensive “colored people.” Too often the jokes blended with the non-jokes, and many readers, I think, came to see the problem as worse than it was. But to the best of my knowledge, aside from the CIA and its critics, no one uses “health alteration” for “murder.” Of course, the CIA coined the term, not out of some polite consideration for its victims, but to disguise their assassination efforts. 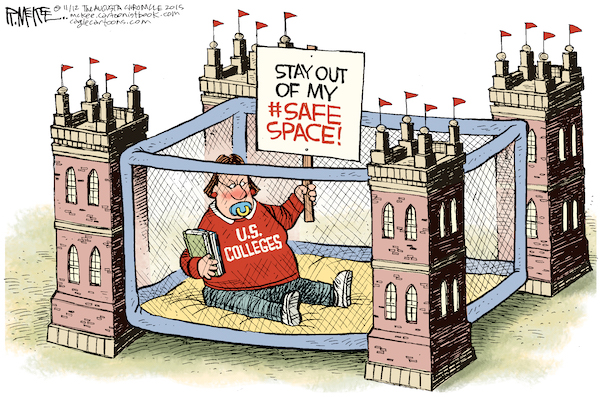 III. “Political correctness is America’s newest form of intolerance, and it is especially pernicious because it comes disguised as tolerance. It presents itself as fairness yet attempts to restrict and control people’s language with strict codes and rigid rules.”—George Carlin

I can’t say for certain, but I suspect Carlin was alluding to the kind of political correctness unearthed by Diane Ravitch, author of The Language Police, in 2003. Ravitch had gained access to a vast glossary compiled from “bias guidelines issued by major educational publishers and state agencies” for any writer preparing texts or tests for K-12 students. Presumably, with this template, no one would submit the following sentence to a selection committee: “The deaf lumberjack, who’d become a bookworm since his accident confined him to a wheelchair, lived in a hut and wrote stories set in Mother Russia.”

Cognizant of the “bias guidelines,” a prepared writer would instead submit, “The hearing-impaired woodcutter, who’d become an intellectual since his accident had left him mobility impaired, lived in a small home and wrote stories set in Russia, vast land of rich harvests.”

Of course, the problems with the PC sentence are that:

The overwrought sensitivities on many American college campuses have led comedians like Jerry Seinfeld and Chris Rock to skip these venues. The refusal to allow non-PC comedy, I fear, may one day eliminate such insightful comedy as the following “Saturday Night Live” skit from 1976 featuring Chevy Chase and Garrett Morris.

Morris, you should know, delivers the following all-capped lines at twice Chase’s volume. Seated at a desk behind a sign reading, “News for the Hard of Hearing,” Chase, a soft-spoken television news anchor, says, “And now as a public service to those of our viewers who have difficulty with their hearing, we will repeat the top story of the day aided by the headmaster of the New York School for the Hard of Hearing, Garrett Morris.

As a hearing-impaired person, whose wife must often answer the question, “WHAT DID HE SAY?” I take no offense. 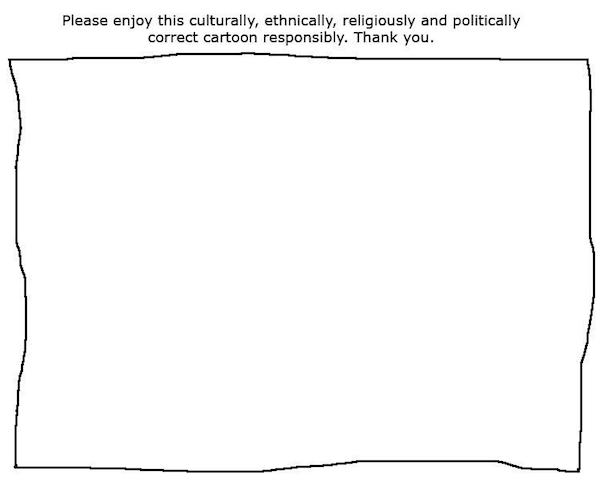 The future of political cartooning in the US?

IV. Why are we admitting these people from “shithole countries”? . . . We should admit more from Norway.—Paraphrase of Donald Trump

The Ugric languages are so different from anything in an Indo-European language that a friend of mine practiced saying, “Welcome to America, Mrs. Ferenc” in Magyar for over an hour on the drive from Clemson to the Atlanta airport where she was to meet her daughter-in-law’s Hungarian mother. Despite the oral practice, when the two women met, the American had forgotten the dozen seemingly “random” syllables she’d memorized.

I tell this story only to introduce the following: another friend grew up in the 1940s and 50s in Trumbull, Connecticut, where Hungarian immigrants comprised about 3 percent of the population. Though my friend’s grandparents lived in the US for 50 years, he sadly never spoke a word of Magyar to them nor understood a word they spoke to him. The reason: my friend’s mother feared that if her son learned any of this exotic but, at the time, politically incorrect language, people would assume the worst and mistreat him the way she’d been mistreated herself.