“I saw stretching out before me endless days of dealing with those demands, of setting aside my life for a person who terrorized me as a child. Something within me demanded that I behave correctly towards her, that I bury the memories of abuse which, when I reached puberty expressed themselves psychologically rather than physically. My attempts at laying those memories to rest were not always successful. The scathing words and repeated betrayals of this woman often weighed heavily. Nevertheless, I chose to do the right thing. The right thing almost killed me.”—Helen Noakes 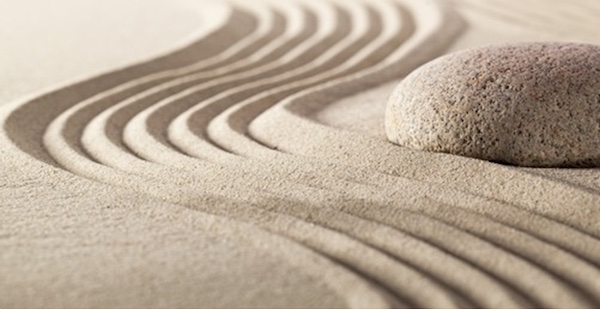 “It’s remarkable what wisdom reveals itself in a state of empty mind.”

SAN FRANCISCO California—(Weekly Hubris)—1 September 2022—Several years ago, I lost all hope in life. It was a time of immense stress, when I was the sole caregiver of a parent who was sinking steadily into violent delusions and whose demands had escalated to impossible decibels.

I saw stretching out before me endless days of dealing with those demands, of setting aside my own life for a person who had terrorized me as a child. Something within me demanded that I behave correctly towards her, that I bury the memories of abuse which, when I reached puberty, had expressed themselves psychologically rather than physically. My attempts at laying those memories to rest were not always successful. The scathing words and repeated betrayals of this woman often weighed heavily. Nevertheless, I chose “to do the right thing.” The right thing almost killed me.

The physical and emotional exhaustion through which I soldiered on began to manifest in terrifying nightmares, sleepless nights fraught with worry about finances, and eventually, in physical collapse. My physician pointed out what I already knew; I was suffering from severe stress and depression. She offered me medication, which I refused. Instead, I chose to make a radical change in my daily routine.

It wasn’t easy, but I made time for meditation every morning. As a Reiki master trained by a former Buddhist monk, I knew several methods. Not surprisingly, a Zen meditation involving mentally divesting oneself of one’s body, and being focused only on one’s essence, one’s energy center, with an empty mind was my favorite.

It’s remarkable what wisdom reveals itself in a state of empty mind. The absence of constant inner chatter induces a state of peace which, in turn, induces clarity and insights. For to tell the truth, the mind is never empty. It is a repository of all knowledge. Carl Jung refers to it as global consciousness.

Deliberately silencing the mundane conscious state of mind allows us to access a deep source of wisdom. The state of empty mind clears away the excess baggage that our emotional centers tend to store.

After one such meditation, I had an epiphany which helped me through one of the most difficult years of my life. I realized that a great part of my stress was knowing that I had chosen to care for a person who had never loved me. Even as a child, I was aware of this fact, but my never permitting my self to acknowledge it would not allow the deep wound it caused to heal.

Somehow, the idea kept me from another collapse. And as I carefully implemented the concept, mindfully reinforcing it in my attitude towards myself, I noticed a profound change in my attitude towards the demands of caregiving. Essentially, I became the parent of my parent. I behaved towards her as she was never able to behave towards me.

Don’t give up. Nurture yourself. I know that there are so many reasons why this seems impossible, but please, find time for yourself. Each day, take a moment to clear your mind, to be at peace. It’s the first token of love you give yourself. When you feel that awful rush of panic or fear, that choking sense of emergency, remind yourself of that love. Focus on one thing that is remarkably wonderful about who you are. It can be as simple as the color of your eyes, or as complex as the acknowledgment of an inherent talent. And please remember, that unless you truly love yourself you cannot truly love someone else.

As you do this, it will become a habit. Your list of reasons to love yourself will grow, and one day, you’ll need no list, no reason. The fact that you are in the world will be enough.