“She: So then, I’d be the beard?/He: You’d be the beard, the mustache, and the eyebrows . . . anything with follicles. I’ll confess eventually, but for now it’s just easier to throw her a bone so, if you’ve got the guts, let’s give it a try./She: So now I’m a bone, with guts and a beard? A few more body parts and we’ll have a whole new person.”—Ross Konikoff

MANHATTAN New York—(Weekly Hubris)—October 2019—I read recently that speed dating has become a thing in Manhattan, supposedly saving time and money when it comes to finding one’s soulmate. It involves sitting with a potential match-up for five minutes, conversing, and then moving on to the next candidate, until one or the other radiates sufficient attraction to follow through with an actual date. The following is how I imagine five such brief encounters might proceed:

Interview 1: “Down to Business”

He: Hi. I’m Alan.
She: I’m Sue.
He: Sue, what would be your idea of a fun afternoon . . . (She interrupts him.)
She: Hold it, hold it. Can we skip the preliminaries and get down to business?
He: Sure. That’s why we’re here. Go!
She: (She pulls out a clipboard and a pen from her purse.) I don’t believe in wasting time. The three things crucial to determining compatibility are good sex, whether or not to have children, and sound finances. If any one of these is in conflict, the relationship is probably doomed, so let’s get started.
He: Wow! I came here for a date on Saturday night, but you’re ready to start nagging me for a new washing machine.
She: Alan, do you find me appealing?
He: Yes, I find you appealing. When you walked over, I said to myself, “Now that girl is appealing.”
She: And sexy?
He: (He looks her over.) I’m having impure thoughts already. If you want X-rated, we could move to a private chat room.
She: That’ll do for now. What’s your occupation?
He: I’m a network security analyst at JP Morgan. I travel once in a while, but I’m based here in New York. And I play the guitar . . . a little.
She: Of course, you do. Planning on getting the band back together?
He: No, it’s just me. I’m hoping to be the next Bob Dylan.
She: I didn’t like the first one.
He: What’s your line of work?
She: I’m finishing the last ten months of my army enlistment, stationed at Fort Hamilton in Brooklyn. After I’m out, I start the Clinical Psychology program at Columbia. Do you like sex?
He: Uh . . . sure I do . . . you want specifics?
She: No, I meant sex in general.
He: Are you a General?
She: No, Staff Sergeant.
He: Yes, Sarge, I like sex.
She: Any fetishes or deviations?
He: Not yet, but I’m still browsing.
She: Do you enjoy pleasuring a woman orally? It’s important for me to know.
He: Yes, but only when the situation is right.
She: When is the situation right?
He: Well . . . never on a bus.
She: And what’s your success rate?
He: I usually get the job done.
She: I only ask because most guys think they know the right spot, but then they miss the mark.
HE: It’s that thing between your legs . . . right?
She: That’s the general vicinity, yes.
He: I usually zero in on it but, if it’s not working for you, I’m all ears. After all, there’s no point in beating a dead horse now, is there?
She: Favorite sexual position?
He: Inside anywhere, from any direction . . . look, I’m going to need a cold shower if this goes on for much longer.
She: Ok, moving on . . . how many children do we want?
He: I don’t know. Surprise me.
She: I mean eventually. Do you see yourself with children some day?
He: I’m not averse to raising a moderately sized family when the time comes.
She: (Checks off something on her list.) Does your company offer health coverage and 401 K contributions?
He: Yes, I have both. It’s a good job, with nice people, excellent management, and lots of room for advancement. I’m planning on being there for a long time.
She: Have you got a savings account?
He: I always keep a six-month cash reserve in case of emergencies.
She: Have you ever raised your hand in anger to a woman?
He: I date short women, so I don’t have to.
She: Any bad habits? Smoker?
He: No.
She: Drinker?
He: I like a beer now and then, maybe a little wine with dinner, but I’m off crack now and, I swear, this time it’s for good.
She: (She checks off another item.) There, now that wasn’t so bad, was it?
He: Are we done already? I haven’t even met your parents, yet. Are they outside, waiting in the car?
She: All in good time. Let me total your score so far. (She writes something.) You’re doing pretty well. You’re up to 60 already.
He: Out of how many?
She: I’m not sure, yet, but 60 out of anything is good.
He: What about the natural chemistry between two people? How many points does that get me?
She: Do we have natural chemistry?
He: I won’t know for sure until you put down the clipboard and let me buy you dinner.
She: I’m amenable to that. When?
He: Well, after five minutes with you, spending another five minutes with anyone else seems pointless, so here’s what I propose: I say we go out for an early dinner, and then afterwards go back to my place. We’ll have another glass of wine or two, and then get into bed. When we wake up tomorrow morning, you can tally up my score and tell me whether or not we’re compatible. How about that? (She thinks about it for a moment.)
She: Well . . . it would save time.
He: Days, weeks, maybe months…
She: Alright, just this once . . . but only because it saves time. (She puts the clipboard back into her bag as they stand up and walk out together.) 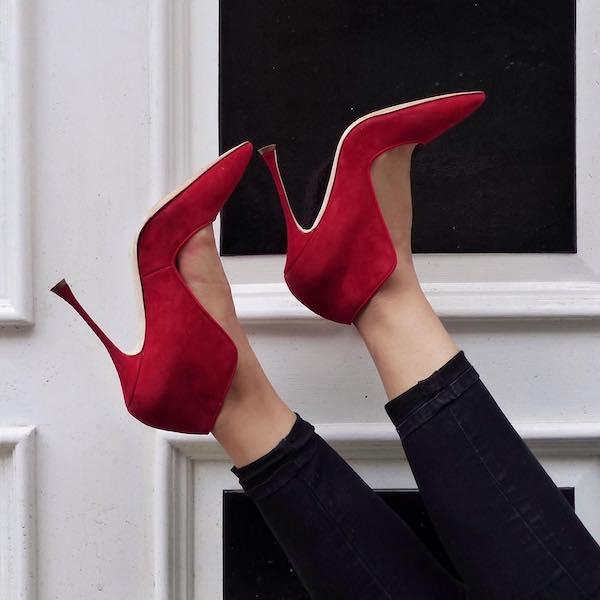 “For Manolos and Gabbanas you can kiss me anywhere you want.” 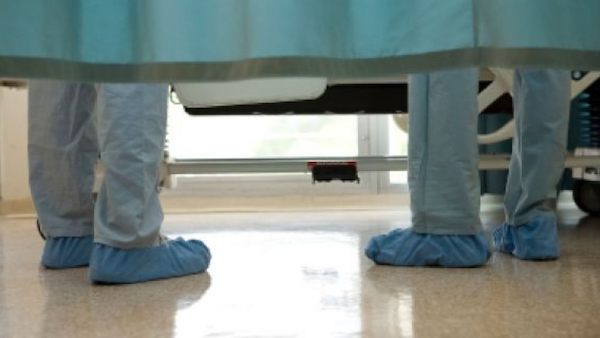 “No, self-taught. I was always dissecting the other children in grade school, so it was the natural choice.”

(He is younger than she is by at least 6 years, a bit overweight and soft, with rings through his nose and both eyebrows, a tattoo of an eagle on his neck, earlobe holes stretched open with wooden rings, wearing a stretched-out Rolling Stones T-shirt, jeans, and heavy work boots. She’s understandably blasé, dressed in expensive business attire, her briefcase beside her.) 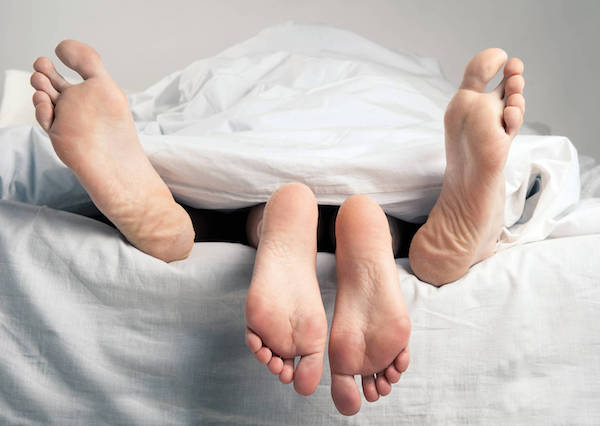