The Most Hated (& Needed) Man in the World

“He was not a lovable character—distant, irritable, impatient, prone to distrust people, and think the worst of them. But it wasn’t his personal qualities that incited hatred. It was his political beliefs, although, to be sure, his personality helped shape these beliefs.” Sanford Rose 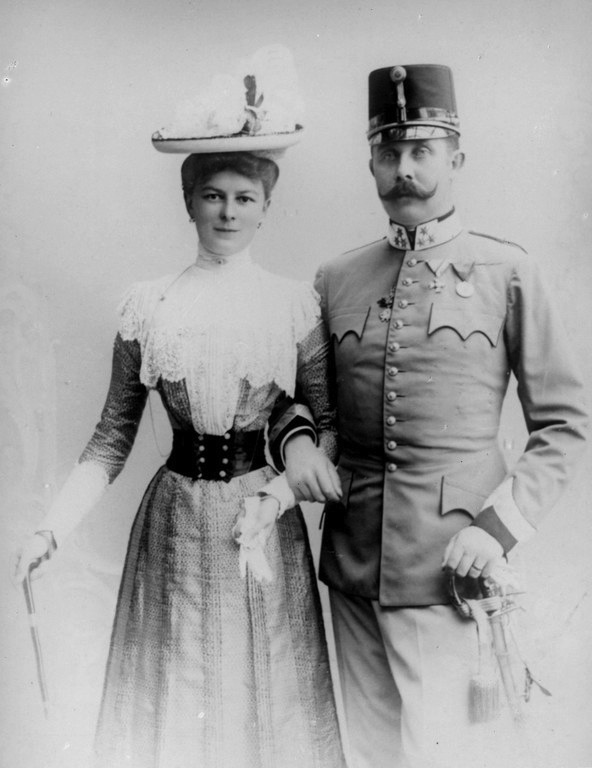 The Archduke Franz Ferdinand of Austria and his wife Sophie, Duchess of Hohenberg.

Well, almost everyone, except his wife, Sophie (a love match, rare in those times for so high a personage), and the three kids, two of whom would later spend time in Nazi concentration camps.

Franz Ferdinand, as weary readers of my postings know, was the Austro-Hungarian heir-apparent whose assassination on June 28, 1914 set off a chain reaction that culminated in World War I.

He was not a lovable character—distant, irritable, impatient, prone to distrust people, and think the worst of them.

But it wasn’t his personal qualities that incited hatred. It was his political beliefs, although, to be sure, his personality helped shape these beliefs.

He mightily disliked Hungarians, partners in the Dual Monarchy over which he would have reigned, in part because, as a schoolboy, he struggled unsuccessfully with their complex Magyar tongue. (Try learning Magyar as a second language if you have no gift for languages!)

As an adult, the archduke contemplated reducing Hungarian influence by setting up a nearly self-governing province that would incorporate Austria-Hungary’s Southern Slav population (Serbs, Croats and Slovenes).

Thus, the Dual Monarchy would become something like a Triple Monarchy.

Since that would mean liberating millions of Croats who lived under the domination of Hungary’s landowning class, the idea was scarcely popular in Budapest.

Even worse, after a visit to the United States, Franz Ferdinand toyed with the notion of transforming the whole of the Austrian Empire into a federation of American-like states, which would mean giving autonomy to each of the monarchy’s eleven nationalities. That idea was as unpopular in Vienna as in Budapest.

But it should have been wildly popular in Belgrade, which complained loudly of Austria-Hungary’s oppression of the Southern Slavs.

Belgrade dreamed of creating a Greater Serbia of Southern Slavs which, of course, actually ended up as the state of Yugoslavia after World War I. If Franz Ferdinand succeeded in satisfying the demands of Southern Slavs for self-determination within the confines of the Hapsburg monarchy, Serbia’s dream would never be realized.

So while Budapest and even Vienna itself had reason to hate the archduke, Belgrade’s reasons seemed more compelling.

And it was Belgrade that killed him.

But if it had not, and the reform-minded archduke had ascended the throne upon the death of uncle Franz Joseph (who also hated his nephew) in 1916, the Balkan powder keg might never have exploded.

4 Responses to The Most Hated (& Needed) Man in the World