Letter from An Unnamed English Village

“A dear friend of mine, a Southern woman long expatriated to England, sent me the following letter, and I would like to share it, anonymously, with a larger readership . . . for its poignancy and precision. For its perfection in this time of woe. My friend would cast a wan eye on those alliterative descriptors, by the way.”—Elizabeth Boleman-Herring 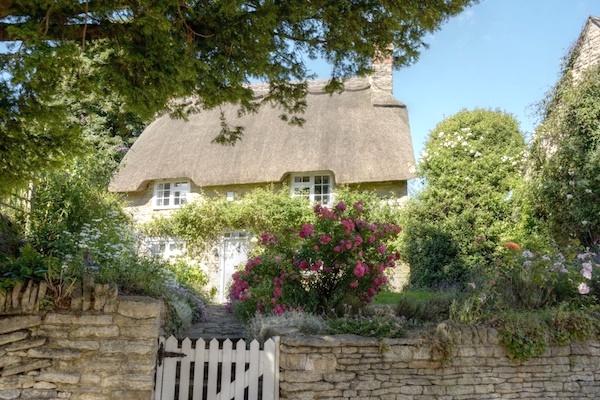 Editor’s Note: A dear friend of mine, a woman from the Deep South long expatriated to England, sent me the following letter, and I would like to share it, anonymously, with a larger readership . . . for its poignancy and precision. For its perfection, in this time of woe. (My friend would cast a wan eye on those alliterative descriptors, by the way.)

I’ve titled this piece “Shored Against My Ruins,” and I would prefer that you not publish it under my name. This is not going to be about the virus. It’s not going to be about death or sickness or economic collapse or poverty or plague or social apocalypse. I’m tired of reading about all this, sick of hearing about it, and I have nothing to add to what every journalist and real or would-be writer has already said. Instead, it’s a letter from middle age, which just happens to coincide with all those things.

Limbo. Dante saw it as the first circle of Hell, where good guys who’d had the misfortune of dying before Jesus, or not realizing the error of their ways, hung out for eternity. Cicero, Orpheus, Averroes. Or the Buddhist bardo, where you wait for your next incarnation. Yes, that’s it—a bardo. A place where your image of yourself and other people’s perceptions of you don’t coincide. Limbo.

I don’t believe people age in any regular, year-by-year way. Rather, they age in leaps that are prompted by some quotidian or cataclysmic event. I arrived in the UK when I was 32 and, for years after, I was 32 in my own mind. It never occurred to me as the years passed that people around me were seeing a 38-year-old, or a 42-year-old. Then, when I was 44, I spent my first summer digging at Pompeii, supervising a group of students. I realized at some point during that season that I could be those teenagers’ parents—and suddenly I aged. One night I fell asleep in my tent a 32-year-old, and woke up a 44-year-old. It took some getting used to, an extended period of feeling neither one thing nor the other. Limbo. I stayed 44 for a long time. Despite turning 60 and suddenly not having to pay for London tube travel or prescriptions anymore, deep inside I was still 44.

The last couple of months have aged me. I’m suddenly aware that I’m not 44 anymore. To those I meet, I’m 62. It will take me a while to get used to this, I know from experience. And then I’ll be 62 until something happens in my 70s or 80s to catapult me into real old age.

Maybe the problem is being locked down here in a village, rather than in London. Three months ago, I was going into an office every day like the responsible taxpayer I was, spending my days doing a stressful job, surrounded by colleagues I knew could be my children or even grandchildren, but feeling like 44. Here, apart from the life I built in London and a bit like the emperor’s new clothes, I’m suddenly aware that others have been seeing a me that I didn’t realize I was revealing.

A friend wrote, in reference to the Netflix series “The Crown,”

Princess Alice says, “One of the few joys of being as old as we both are is that it’s not our problem. There came a moment . . . when it dawned on me I was no longer a participant, rather a spectator . . . then it’s just a matter of waiting and not getting in the way.’

I’ve gone from being a participant to a spectator, and I don’t like it. I’m suddenly aware that people look at me and see someone on the downward slope of life, whereas I’d been full of new plans, full of goals and experiments, with all the time in the world. You see? In my mind, I’m still 44. But, over the last month or so, I’ve become aware of the limitations of my age. I’m still convinced I’m dressed in imperial finery, but I’m also aware that my spectators are seeing something else.

Limbo. That’s what it’s like when you undergo a shift in age, and to be classified as middle-aged at this moment is deadly—at least in the eyes of others. Does any of this sound familiar? It takes a while to resolve itself. It’s not about getting older. It’s about the disconnect between how I perceive myself and how I’m perceived.

The other thing that’s been occupying my thoughts over the last two months is perspective. I’ve been reading books that take the long view, including Transcendence, by Gaia Vince, and Origins, by Lewis Dartnell. The subtitle of the first is How Humans Evolved through Fire, Language, Beauty and Time; and, of the second, How the Earth Shaped Human History. In both books, the authors—a science journalist and a geologist—describe eons in which events occurred that were, for the most part, imperceptible to people except in the long term, looking back, and yet had profound effects on who we are.

Vince explains that “In primates, mutual grooming releases endorphins, natural opiates, so encouraging more social behavior because it feels good. A neural circuitry in which social contact is ‘rewarded’ with an oxytocin or dopamine hit means that we evolved to seek out group activities. And social rejection physically hurts—it elicits the same responses in the brain as physical pain.”

And did you know that if plate tectonics hadn’t produced a magma plume beneath East Africa, over millennia drying it out and turning lush forest into arid savannah, we might never have needed to migrate out of Africa or adapt to the different conditions that spurred the development of tool use, language, and social cooperation, and made us susceptible to easy contagion?

It’s comforting to see one’s nanosecond of a life in the context of geological time, or even in the shorter period of hominid evolution. It makes every second precious, while putting the things of one’s life into perspective. My desperate need to get a man with a hedge trimmer out here to deal with an overgrown yew, or to have a semi-functioning oven replaced, have become simultaneously exquisite experiences and completely, utterly meaningless. I don’t mean to belittle anyone’s situation, you know that—but when you put a hiatus in the rebuilding of a garage or the cancellation of a trip to Denver in the context of an entire life, their importance is immediately reduced. Put them in the context of half a million years of human evolution, or half a billion years of geological transformation, and they become even less important. And yet at the same time the experience, every second of it, is precious.

You may snort and say, That’s all very well, but I’m living in this moment and I can’t get coffee, and you’d be justifiably annoyed. But taking the long view, you can experience this extraordinary time for all its frustrating, frightening, priceless moments, and still see that it’s less than an instant, and it will pass, and change will continue.

That’s what I’ve been thinking about for the last few weeks, as I care for tomato seedlings and water potatoes and onions that will produce fruit, tubers and bulbs to feed us over next winter. I go for long walks and see not just the planted fields, but the glaciers that scraped back the land during the Younger Dryas, and, before that, the shallow seas that deposited the trilobite fossils in our garden. And I don’t worry so much about whether we’ll make it to Bhutan in September, nor do I dwell on what life will be like once these days are past. Every precious moment.

4 Responses to Letter from An Unnamed English Village