Looking for a Label: Cynicism to Optimism

“I admit that I’m among the first to collect bad news to share with my wife and classes, but I do not feel that the Sermon on the Mount is on the rocks, either. I also collect the good news, as when the journalist-lawyer Steven Brill, pretending to be a wealthy but lost foreign tourist, discovered to his delight (and mine) that only one in 37 New York cabbies had cheated him.”—Skip Eisiminger 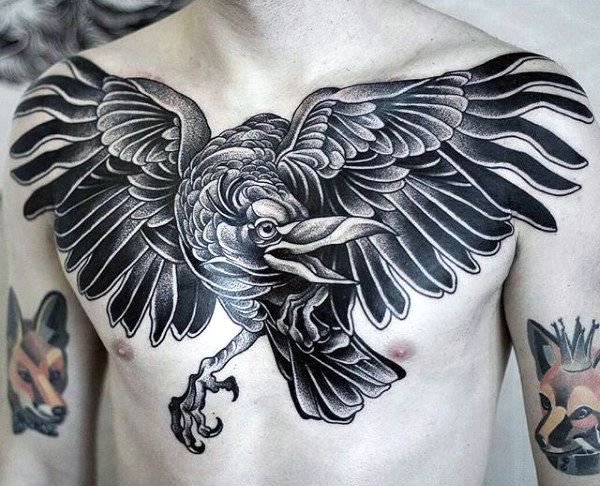 The unforgettable crow. (Image via NextLuxury.)

I. “I clamored for years to persuade the networks to feature some good news, and now that we have it, I find most of it a bore.”—The Wordspinner

CLEMSON South Carolina—(Weekly Hubris)—May 1, 2021—Thirty or more years ago, the state restriped SC 93, and in doing so, sprayed over a flattened crow, gluing it unceremoniously to the shoulder like some stray hair under Scotch tape. For days, riding my bike to school, I noted the reflective white stripe across the wings, a few feathers of which flapped in a futile effort to rise every time a vehicle passed. In short order, the wind, rain, shoulder-dusting tractor trailers, and even a few crows removed all trace of the roadkill, leaving a black icon on the asphalt. Until another restriping a decade later, there was this carbon-copy of the bird for the pedestrian and cyclist to meditate on, a black hole, as it were, in the guardrail, a light out in the glide path, and a foreshadowing of the cosmos.

When I told this story in a sophomore literature class, one future agricultural engineer wondered why a dead bird, an “expendable crow,” as he put it, had darkened my view of the universe. I said every death saddens me, but every birth lifts my spirits—even crows that pillage my corn. “Damn, Man,” I said, “that bird could fly!” 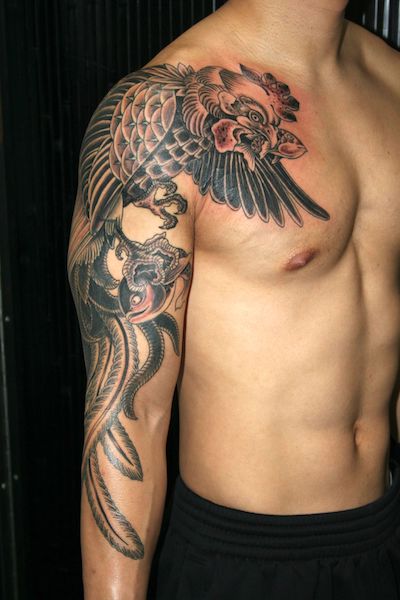 The painted if featherless biped. (Image via TheTattooBank.)

II. “Life is like golf played in the basements—we injure ourselves and smash the casements.”—The Wordspinner

If I’m not as cynical as the young agricultural engineer above, who later told me that old-growth forests are like fields of ripe corn, I wondered what I am and turned to my bulging card file for help. After Plato defined man as a “featherless biped,” Diogenes the Cynic presented him with a plucked chicken. That was rude, I thought, and not my style. When Arthur Schopenhauer reckoned that human life is the atonement for a “birth crime,” I asked myself how the birth of our own two innocents could be considered a crime, and answered, “We have nothing to atone for, Arthur.” When Christopher Hitchens claimed that Earth is “a penal colony, lunatic asylum, and dumping ground” used by a superior civilization to rid itself of its undesirables, I countered with the front-line workers who gave their lives fighting in the COVID pandemic. And when I read that Dorothy Parker had written, “The only useful thing I learned in school was that if you spit on your eraser, it will erase ink,” I spit, rubbed, and found only an ugly smear. 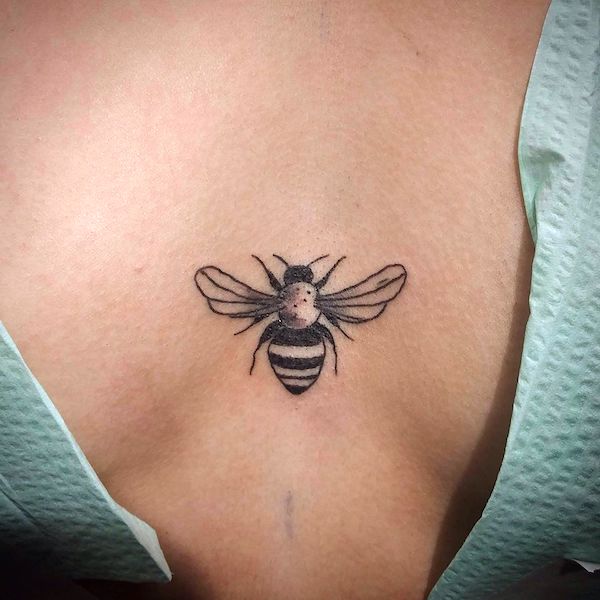 III. “Pushing the envelope doesn’t change the fact that it’s stationery which ultimately will be stationary like every spinning electron.”—The Wordspinner

The octogenarian Joseph Epstein has cynically written that there’s something fraudulent about teaching adults at continuing education centers. “How can you tell someone in, say, his early 80s,” Epstein wrote, “that Henry James advises one to be a person on whom nothing is lost when the likelihood is great that that person has already missed nearly everything?” After reading that insulting and despairing sentence, I photocopied it and read it to my most recent “Joy of Language” OLLI class of “seasoned adults.” After a brief discussion, I asked the class to send me an email in which they named one thing they’d found worthy of remembering or passing along to another that they’d learned in my OLLI class or any other. Here’s the short list:

Pessimists and cynics like Epstein often point to a study showing bees produced less honey when researchers disguised as honey badgers shook their hives. The bees apparently grew pessimistic and quit trying. “What’s the point of smelling the roses,” one bee was quoted as saying. “The badger is just going to eat our honey leaving us inhaling aphids.” Despite my epigraph to this section, you may have gathered from the foregoing sentence that I’m usually not a pessimist, either. 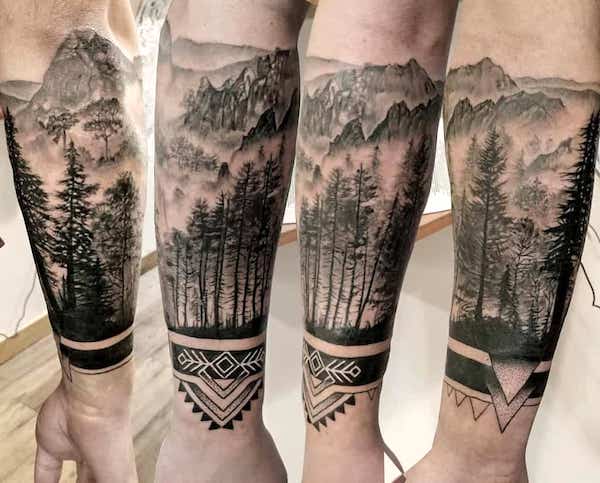 The English proverb, of course, is “Every path has a puddle,” but having walked any number of puddleless paths, I must object. I’ll grant you that there are a lot of puddles, (I’ve stepped in my share of them), but “many” is just more honest. The sooner we realize that one seventh of our days will be Mondays, a quarter of our lives will be spent in winter, and in a third, we’ll be unconscious, the better. It’s called being realistic, and the acceptance of those fractions doesn’t make one a pessimist. Let’s face it: Earth isn’t flat, Elvis isn’t alive, the lunar landings weren’t faked, and Trump lost the 2020 election. We love the recall of what was and the projections of what might have been, but we live where there are no miracles, yet, as Woody Allen reminds us, it’s the only place one can get a good steak.

I used to ask my early American literature classes to imagine the New World with huge trees growing among a tangle of fallen ones stretching virtually from coast to coast. On the Atlantic coast, about 50 would-be farmers, who’d forgotten to bring any seeds, landed in 1620 and soon started clearing the land with a simple expedient: fire. But when the seeding and plowing began in earnest a few years later, the plowmen soon ran into stumps. Many surely gave up and turned to candle making and gunsmithing, but one legendary fellow kept at it. When his pastor asked him how he managed, he said, “I plow around the stumps.” His wasn’t a pretty farm, but all that rotted wood and leaves that had been accumulating since the glaciers retreated made the soil very productive.

I’ve never farmed, but I have gardened, and when I realized that the neighbors’ oaks and hedges that bordered my back yard were draining the water from my soil, I realized I was stumped and resumed shopping for vegetables. 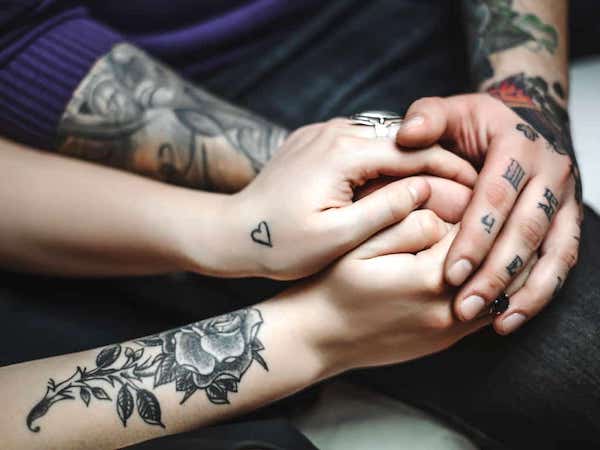 Love is the answer. (Image via SelfTattoo.)

V. “The smaller the achievement, the larger the potential.”—The Wordspinner

I admit that I’m among the first to collect bad news to share with my wife and classes, but I do not feel the Sermon on the Mount is on the rocks, either. I also collect the good news as when the journalist-lawyer Steven Brill, pretending to be a wealthy but lost foreign tourist, discovered to his delight and mine that only one in thirty-seven New York cabbies had cheated him.

After my walks around the university’s athletic fields, I seldom come home without a golf ball, tennis ball, baseball, cricket ball, or lacrosse ball. I also find soccer balls and footballs, but I figure someone’s going to be looking for those, and they don’t fit in my pocket. It disappoints me to see how careless many children and young adults are with their toys and sports equipment. I had one baseball for much of my youth, and when the horsehide cover finally flew off, I “repaired” it with a roll of electrical tape. In my retirement, bringing home the balls I find allows me to supply the children playing on our dead-end street. As a willful optimist, I roll a ball or two down the driveway and tell the recipients to keep them. I made myself into an optimist by injecting new life into my baseball and my sisters’ broken toys. If I can put a smile on the neighbors’ children, I can put a smile on my face, too.

Thus, you can color me pink. When someone tells me a glass is full, I say, “Have you forgotten that surface tension allows you to overfill it? Until the water has formed a shallow dome at the top of the column, the glass is not fully full.”

One work I found myself turning to during the Trump eon was J.B., “a play in verse” by Archibald MacLeish, especially the scene when Sarah, Job’s wife, says to her husband,

Like Sarah, my Apollonian sources of light and warmth are the embers of human love, which, if nurtured, might be infinitely kindled, because if the God who killed Sarah’s children is not love, humans must be.

3 Responses to Looking for a Label: Cynicism to Optimism