Mass Extinction is Well Under Way

“Obviously, not everyone agrees that a Mass Extinction Event is under way. The ongoing, rampant denial is based on at least four factors: 1) contemporary people are generally ignorant about science; 2) these people are not particularly bright; 3) people lie to themselves and others to enhance their own comfort; and 4) vertebrate animals tend to receive more attention than other species in discussions about the ongoing loss of biodiversity. Notably, the esteemed International Union for Conservation of Nature, usually abbreviated as IUCN, has created a well-known, ‘Red List of Threatened Species.’ This IUCN Red List is heavily biased toward vertebrates.”—Dr. Guy McPherson 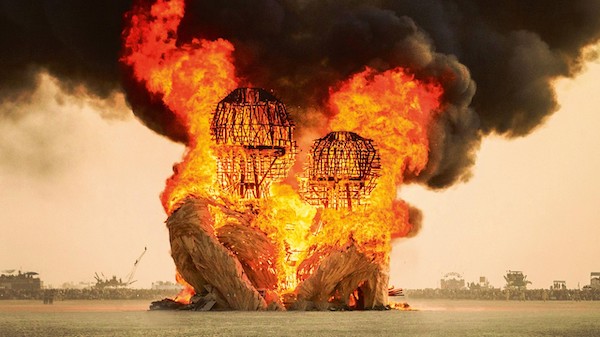 “People would rather believe than know.”―Edward O. Wilson

“The real problem of humanity is the following: We have Paleolithic emotions, medieval institutions, and godlike technology. And it is terrifically dangerous, and it is now approaching a point of crisis overall.”―Edward O. Wilson

BELLOWS FALLS Vermont—Weekly Hubris)—1 April 2022—I have been informed repeatedly that a Mass Extinction Event is not underway. If it were, I have been told, we would be in real trouble.

Guess what? We’re in real trouble.

Edward O. Wilson, Pulitzer-Prize winning author and Harvard University professor was called the “ant man” because of his early research on ants and sociobiology. Later, he came to be known as, “the father of biodiversity” due to his extensive scholarship on the topic of biological diversity. He died 26 December 2021 at the age of 92. By the time of his death, Wilson was among the most decorated biologists in planetary history. He was twice awarded the Pulitzer for nonfiction, and he was also awarded a Guggenheim Fellowship, the National Medal for Biological Sciences, the International Prize for Biology, the Eminent Ecologist Award, the Craaford Prize—commonly called the Nobel for topics not covered by the Nobel Prize—and many other noteworthy distinctions.

As Wilson wrote on page 32 of his 1992 book, The Diversity of Life, “Humanity has initiated the sixth great extinction spasm, rushing to eternity a large fraction of our fellow species in a single generation.” These words were published 30 years ago and written long before they appeared in print. Wilson’s scholarship and his activism continued throughout the remainder of his long life.

A Science Alert dated 18 January 2022 introduced a peer-reviewed paper published the previous week. The Science Alert is titled, “The 6th Mass Extinction Really Has Begun, Scientists Warn in Newly Published Study.” The paper begins by sounding the alarm: “The signs of death are everywhere, if you look. For years, scientists have rung the alarm bell, warning that grave declines in animal biodiversity around the globe herald the onset of what will be Earth’s sixth mass extinction.”

The final paragraph of the article in Science Alert reads as follows: “. . . biodiversity scientists may achieve some successes . . . and many of those species that will be lost from the wild can at least be preserved in museums for future generations to study at marvel at.” Note the customary assumption that our species cannot possibly go extinct.

Obviously, not everyone agrees that a Mass Extinction Event is under way. The ongoing, rampant denial is based on at least four factors: 1) contemporary people are generally ignorant about science; 2) these people are not particularly bright; 3) people lie to themselves and others to enhance their own comfort; and 4) vertebrate animals tend to receive more attention than other species in discussions about the ongoing loss of biodiversity. Notably, the esteemed International Union for Conservation of Nature, usually abbreviated as IUCN, has created a well-known, “Red List of Threatened Species.” This IUCN Red List is heavily biased toward vertebrates.

A paper published the day after the piece in Science Alert at CTV News is titled, “We can’t stop our planet’s next mass extinction event, researchers say.” This headline incorrectly refers to the Mass Extinction Event as something that will occur in the future, as I have come to expect. In the first paragraph, the article at CTV News correctly refers to the peer-reviewed paper in calling it an “ongoing extinction event.” A paragraph later, the article points out “that the damage has already been done.”

The peer-reviewed paper referenced by the Science Alert and CTV News was published in Biological Reviews on 10 January 2022. Written by Robert H. Cowie and two other scholars, it is titled, “The Sixth Mass Extinction: fact, fiction or speculation?”

The abstract includes these lines: “Although considerable evidence indicates that there is a biodiversity crisis of increasing extinctions and plummeting abundances, some do not accept that this amounts to a Sixth Mass Extinction. Often, they use the IUCN Red List to support their stance, arguing that the rate of species loss does not differ from the background rate. However, the Red List is heavily biased: almost all birds and mammals but only a minute fraction of invertebrates have (sic) been evaluated against conservation criteria. Incorporating estimates of the true number of invertebrate extinctions leads to the conclusion that the rate vastly exceeds the background rate . . . .”

We are in the midst of an insect apocalypse that has been widely reported for the last few years. Insects and other small, seemingly insignificant species are critically important for our continued wellbeing and survival. It is the smallest of organisms that pollinate plants, filter water, break down biomass into soil, and generally make our lives worth living. If you think tiny organisms don’t matter to your health and happiness, just try upsetting the balance of bacteria in your stomach. You can get back to me when you’re done sitting on a toilet.

The background extinction rate is commonly accepted to be one or fewer species going extinct per million species each year. Our collective human actions currently underlie extinction rates of about 1,000 times the background rate. The rate of extinctions is forecast to increase profoundly in the near future. I know zero knowledgeable people who believe we can reduce this number any time soon.

We are in trouble. We are in real trouble. Earth has been in the midst of a Mass Extinction Event for at least 30 years. Human actions are rapidly overheating Earth, leading to abrupt, irreversible climate change that poses a major existential threat to life on Earth. Planetary Hospice offers a positive path forward.

3 Responses to Mass Extinction is Well Under Way