Music of the Spheres: The Glass Harmonica

“In Italy, Gaetano Donizetti scored the mad scene in his opera Lucia di Lammermoor for a glass harmonica, but a flutist had to be hired when no ‘ghost fiddler’ could be found.”—Skip Eisiminger

William Zeitler, on the glass armonica.

CLEMSON South Carolina—(Weekly Hubris)—January 2019—As early perhaps as 400 BC, the author of the Kama Sutra, the Indian guide to a full, rich life, advised young women to study the jal-tarang. This percussion instrument originally consisted of a dozen or more ceramic bowls, each of which was filled to a carefully prescribed level, and whose rims were then rhythmically struck with mallets. It might have been called the “liquid xylophone,” but the only wood was in the mallets. The Sanskrit name for the instrument means “waves of water,” a reference to the ripples on the water’s surface created when each bowl was struck. Because the sound was so sensuous, some critics worried that the instrument might rob milk from lactating mothers. 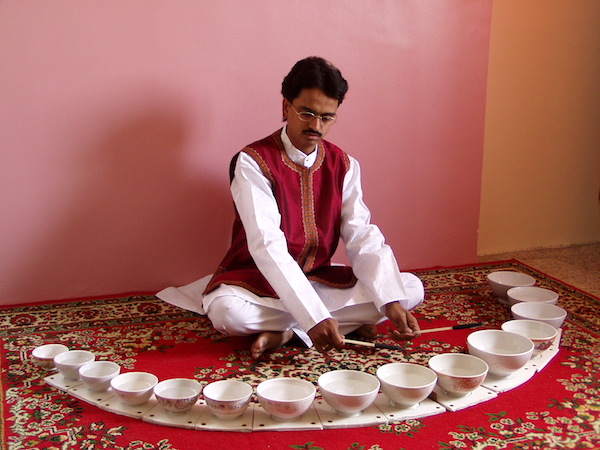 The Jal-tarang, or “liquid xylophone.”

Though Asian musicians continued their water-enhanced drumming for centuries, the English and Irish were the first to gently rub the rims of glasses, also tuned with fluids, in such a way to draw out the music. Later, the trembling glasses were made to precise specifications, so they did not have to be tuned with one liquid or another. Before that, however, in 1743, the Irishman Richard Pockrich tuned his glass harmonica with “spring water” and gave the first serious recital on what he dubbed “my angelick organ.” Later, more romantic performers preferred the touch and tone of rain water collected on mountain tops to make audible, at long last, “the music of the spheres” or a close approximation. The public’s fancy was captivated by the vague sounds of chalked or wet fingertips on cut crystal.

As an adolescent, Wolfgang Mozart was given a “cousin” of the glass harmonica on which eventually he composed his “Adagio and Rondo,” a quintet for armonica, flute, oboe, viola, and cello. Over the next century, composers from Beethoven to Richard Strauss would also compose for this sensation sweeping Europe. Goethe called its sound “das Herzblut der Welt,” or, “the life blood of the world.” And Thomas Gray was undecided if cherubim or nightingales occupied the interior. According to music historian A. Hyatt King, “Its tones could reconcile quarreling friends, restore fainting men, make women faint, send a dog into convulsions . . . and even cause the death of one very young.” There’s no evidence, however, that the death of the one child who died during a concert his parents were attending was caused by the instrument.

Several physicians of the period claimed the tremulous sound, that some describe as “a blend of the zither and etherphone,” had medicinal powers. When rubbed, four glasses filled with brandy, wine, water, and oil produced four distinct sounds corresponding to the body’s humors or fluids. When the appropriate notes were played, some disorders of the blood like “thick blood” were reportedly cured. One German physician, Dr. Franz Mesmer, used the sound to induce a receptive state in his “mesmeric subjects.” Not content with amusing audiences and relaxing his patients, he claimed to have restored the sight of a blind woman, but when she complained that her nerves had been damaged in the process, he was forced to leave Vienna. Though he left his wife behind, he took his glass harmonica to Paris, where he continued his work in “animal magnetism” despite criticism from Dr. Joseph-Ignace Guillotin and the American ambassador, Mr. Benjamin Franklin.

Young aristocratic ladies often swooned on hearing the opening chords of Mozart’s “Adagio and Rondo” and tingled at the prospect of the virtuoso’s quivering touch. Romance heroines fainted as the ghostly chords wafted from a bosket. Despite being the poster child of the Enlightenment, Benjamin Franklin had been so taken with the instrument at a Cambridge University performance, he’d designed a more efficient model long before he was called to investigate Dr. Mesmer. After noticing that the performer’s fingers often went dry, Franklin had all the glass bowls mounted concentrically on a horizontal shaft that was connected by metal rods to a treadle, which was engaged by the comfortably seated performer. By painting the glass rims different colors, the performer could tell at a glance D sharp from E flat. The rims stayed wet because they revolved in a shallow pan of water or rubbed against a damp sponge, but the main advantages were that the instrument never needed tuning, and the performer didn’t need a long reach. 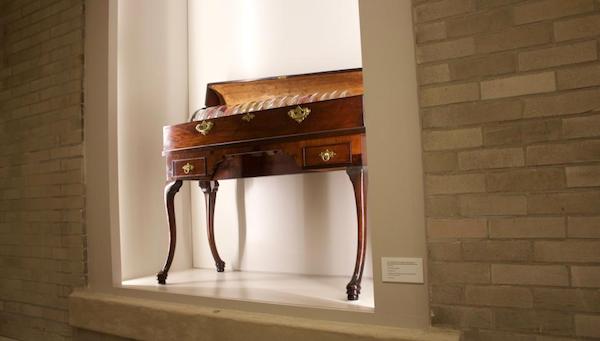 The popularity of what one fan called “cheerful wine music” and a critic called “freak music” help to explain the multiplicity of names for the glass harmonica and its cousin, Franklin’s armonica. These include the musical or singing glasses, the glass harp, the crystalphonicon, the glassy chord, the hydro-daktalo-psychic-harmonica or the “water-finger-mind instrument,” and my own favorite, the ghost fiddle.

Late in the 18th century, five members of the “Smith Family” (no other names are known) performed in York, England on a hundred glasses. Unconfirmed reports bear witness to instruments as large as 120 glasses with the largest containing three gallons; the smallest, a jigger. However, as the 18th century ended, the golden age of the glass harmonica was showing some tarnish. Nevertheless, with the Aeolian harp, which is “played” by the wind, the glass harmonica had become the perfect instrument of the Empfindsamkeit, or “sensibility style.” 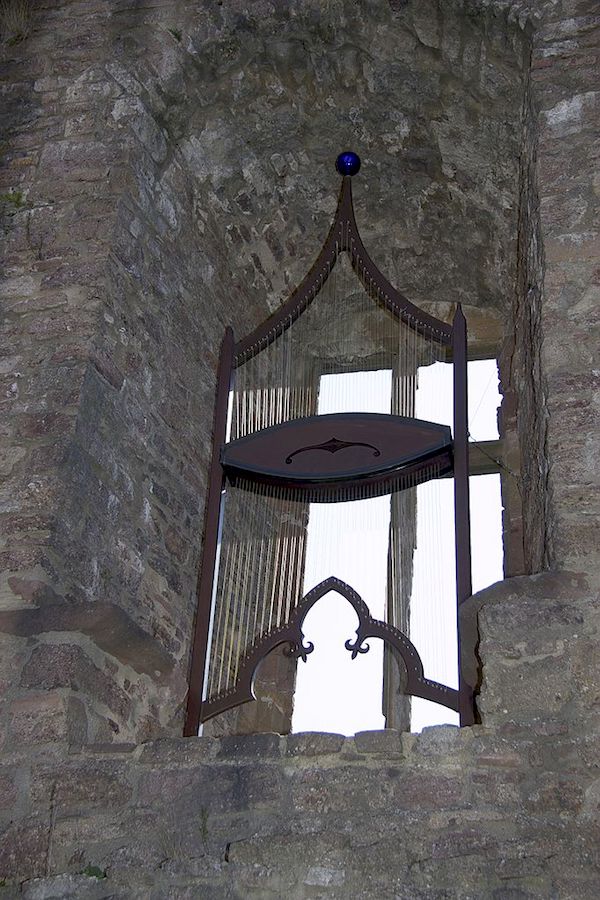 But by 1800, intrinsic and extrinsic forces were subtly working against the instrument:

The worst blow, however, was the report that extended contact with the vibrating rims or prolonged listening caused irrational behavior, even madness. German police in several cities summarily banned the instrument after the child, mentioned earlier, died at a concert. Less than a century after it burst upon the music scene, the instrument’s heyday was over.

In the opinion of most contemporaries like Dr. Byron Harder, now retired from Clemson University, the problem wasn’t with the vibrations, but with the lead in the paint and glass. Especially if the performers licked their fingers, Harder believes, lead poisoning had to be the prime suspect for what was real nerve damage. Modifications like adding a keyboard, bowing the rims, and padding the fingers may have prevented more physical damage, but they did not help the music’s appeal. The purity of the melancholy sound was lost without the intimate touch of the performer. By 1830, the glass harmonica and its offspring were being forced into saloons, enthusiastic church rites, and initiation ceremonies for the Illuminati.

In 2009, my wife and I listened to a wigged street musician busking on a glass harmonica in the historic district of Alexandria, Virginia. Today, only a handful of performers exist despite the safety of the modern instrument, but the myth of oboists and bassoonists, for example, dying five years before their time persists.

6 Responses to Music of the Spheres: The Glass Harmonica