Mythopoeia: Anthos & The Greening of The World

“And so, ever loving of the gods of earth and sky, Anthos set out to walk the earth. A tall thin man with a great heart and a greater spirit, Anthos walked with large strides. He knew that he did not cause mountains to emerge from the earth, that it was the Goddess Gaia whose shifts and turns or joyous dance made mountains. But no one believed him, because Gaia loved Anthos, and often danced beneath his feet.”—Helen Noakes

“Deeper meaning resides in the fairy tales told me in my childhood than in the truth that is taught by life.”—Friedrich Schiller, The Piccolomini 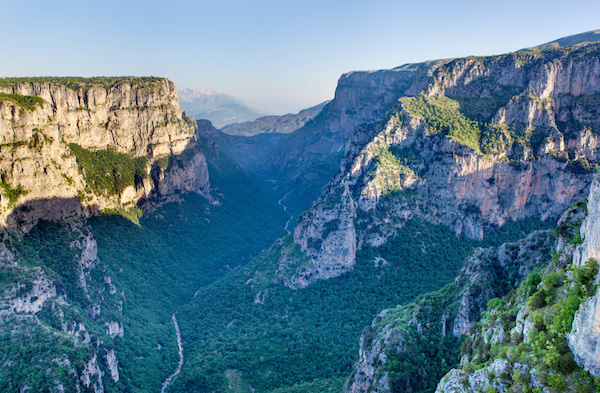 The vales of Greece, where Anthos whistles still. 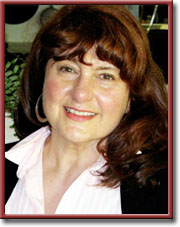 SAN FRANCISCO California—(Weekly Hubris)—3/16/2015—At a time when the Olympian gods strode the Boeotian plain, Anthos was born. He came into the world in Orchomenos, where the River Kifisos fed the fecund valleys and reflected the sky.

The land his father tilled was a source of endless fascination for the boy. When Anthos spread seeds along the newly plowed furrows of fragrant soil, his movements were a joyous dance. And when, in that joy, he sang in praise of the gods of earth and sky, the gods listened. Feeling the heartfelt joy of the boy, the gods smiled upon his father’s land, blessing it with abundance, with sun-spun wheat and corn as green as Hera’s eyes.

One day in early spring, having spent the morning seeding the fields, Anthos fell asleep beneath a giant oak. Before he slept, he thanked the great god Zeus, whose tree it was, for the benevolence of shade. Having laid his ear to Gaia’s breast, he thanked Mother Earth for her indulgent warmth. But it was not she who responded. It was Persephone.

The sweet daughter of darkness struck her lyre and sang away the furrows of her husband, Hades’ brow, for he was saddened by her impending journey to her mother, Demeter’s, upper realms.

Anthos saw the dark god shift beneath Persephone’s sweet touch, and felt keenly the sorrow of the lovers’ parting. The god and goddess of the underworld then turned to Anthos and held out two glowing orbs of golden light. “The gift of life,” they said, “Sweet Youth, is yours.” And Anthos woke, wondering what the gods meant.

As he walked home through a field of wheat, Demeter whispered to him through the sheaves, “’Tis time, Sweet Youth, to seed the earth with trees.”

But before he finished, wing-heeled Hermes alighted next to Anthos and touched the boy’s feet with a glowing caduceus. “Question not the gifts of gods, Boy,” said the divine messenger. “Walk and all comes clear.”

And so, ever loving of the gods of earth and sky, Anthos set out to walk the earth. A tall thin man with a great heart and a greater spirit, Anthos walked with large strides. He knew that he did not cause mountains to emerge from the earth, that it was the Goddess Gaia whose shifts and turns or joyous dance made mountains. But no one believed him, because Gaia loved Anthos, and often danced beneath his feet.

So was he loved by gods of earth and sky that shoots of trees would sprout around his feet as he progressed across fields and mountains. And Vorias, the North Wind, refused to rage at him but sighed gently, a chilly sigh that compelled Anthos to pull his cloak more tightly around himself, or kneel and breathe warmth upon the sweet green saplings growing at his feet.

He did not rail against Vorias, for he knew that the North Wind could only be himself. That nothing and no one can go against his nature. Instead, he asked Vorias to wait ‘til winter, when the saplings had grown and welcomed the snow blown from the vast north. Because he loved the winds, and the winds loved him, Vorias complied.

Soon, Anthos became a man whom everyone knew as a maker of forests and mountains. Great kings sent for him to give their lands importance. Lesser kings invited him to add the wealth of trees to their estates. Anthos went to great and lesser alike because he knew that trees add grandeur to the land and honor both the gods of the skies and those of the earth. He walked to palaces whose doors were flung open to him. He walked to farmers’ cottages, where he was welcomed. He walked and walked for he needed to feel Mother Gaia beneath his feet and the breath of the four winds upon his face.

So it came to pass one day, when Anthos was striding along a mountain top and whistling a happy tune, that he beheld a band of armed men cutting down one of the trees he’d planted in the sacred grove of Zeus. Seeing that they were barbarians and ignorant of their desecration, he went to them and said, “Good Men, stop what you’re doing. The Great God Zeus to whom this grove is dedicated will forgive your transgression for you do not know . . .”

He didn’t finish, for one of the band, their leader, struck Anthos in the face and ordered him bound to a slim poplar. Anthos continued to plead, invoking the aid of the gods. But the men ignored him and cut and cut a wealth of trees until Notos, the South Wind, howled hot and dry across the grove, bending the remaining trees and men alike to his fury.

Anthos wept for the cut and dying trees. He wept such a torrent of tears that a river began to form around his feet. It formed so quickly that the men who stood nearest him drowned.

As Notos howled, Gaia roused herself, shrugged, and the earth shook. It shook so hard that a craggy cliff rose out of the mountain top. In anger, she swallowed some of the barbarians whole.

The poplar to which Anthos was tied leaned gently and released his bonds. Two barbarians were left, trembling at the raging river’s edge as Anthos waked along felled trees and created more trees there. Great trees rose out of the river and raised their leafy branches to the sky.

When Anthos reached the quaking men, he told them, “Go tell your countrymen that Greece is a place of great magic protected by the gods. And though barbarians come and go, Greece and the Greeks remain true to their sacred land.”

Anthos walks along the spines of mountains to this day. If you listen very carefully, you’ll hear his whistle in the four winds. For whistling is the song of the winds and pleases them greatly.

2 Responses to Mythopoeia: Anthos & The Greening of The World