“More than 15 years ago, while editing a book about climate change, I concluded that habitat for humans would be coming to an end soon due to abrupt planetary warming. I knew we’d go extinct shortly thereafter. However, the information was too traumatic to act upon, and so I locked it away back in that dark little safe place in my head where I didn’t have to think about it.”—Guy McPherson 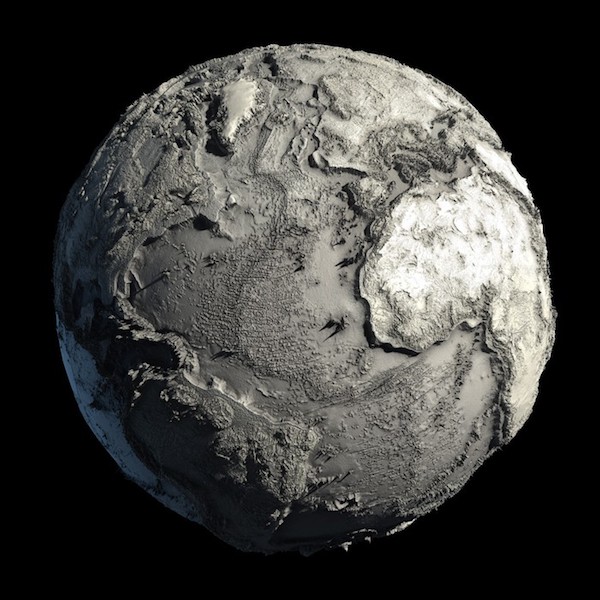 “The meanings of life aren’t inherited. What is inherited is the mandate to make meanings of life by how we live. The endings of life give life’s meanings a chance to show. The beginning of the end of our order, our way, is now in view. This isn’t punishment, any more than dying is a punishment for being born.”―Stephen Jenkinson 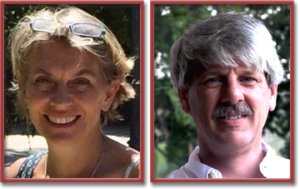 SAN ANTONIO Belize—(Weekly Hubris)—October 2018—The ongoing Sixth Mass Extinction is driven by abrupt planetary heating at a rate approximately 10 times faster than any prior extinction event on Earth. Emissions of greenhouse gases and the rate of extinction during the Sixth are proceeding at about an order of magnitude faster than during the Great Dying, the worst of the five prior Mass Extinction Events.

The Great Dying, which occurred about 250 million years ago, led to the demise of more than 90 percent of the species on Earth within a period of about 900 to about 19,000 years (the virtual absence of multi-cellular life in the wake of the Great Dying, along with the absence of humans, constrains greater precision in estimating the timing of this extinction event).

Ultimately, of course, every species goes extinct, just as surely as every living being dies. Ours is the seventh identified species in the genus Homo, and our six known predecessors have already blinked out.

More than 15 years ago, while editing a book about climate change, I concluded that habitat for humans would be coming to an end soon due to abrupt planetary warming. I knew we’d go extinct shortly thereafter. However, the information was too traumatic to act upon, and so I locked it away back in that dark little safe place in my head where I didn’t have to think about it. The information percolated in the crock pot of my mind, cooking, just like Earth.

I was a busy professor, after all. I had students to teach, books to write, research to conduct, awards to win. Who has time to think about one’s personal death, much less extinction of our species? I was busy conducting research, applying the Socratic method in my classrooms, speaking publicly about relevant issues, and battling university administrators who were constantly siding with money over principle.

After nearly 18 years of award-winning teaching complete with receipt of the highest academic awards from my home department and also from the University of Arizona, my department head removed me from teaching classes in my home department. This act was simultaneously the deepest insult and greatest reward a professor could receive. I could have easily stayed home and collected my ivory-tower paycheck. I hadn’t been fired, after all, which left me with a difficult choice: stay home watching re-runs of bad television shows while I collected my checks, or find alternative teaching venues. My commitment to service led me to the university’s Honors College, where the dean welcomed my voluntary efforts to teach Honors students. While I was at it, I extended my educational efforts by joining the founder of Poetry Inside/Out, a program which focused on incarcerated individuals and, from that moment forward, the students in my Honors courses, as well.

In 2007, I started to blog about abrupt climate change, our imminent extinction, peak oil, and the murderous culture of industrial civilization. The evidence indicating that civilization is an omnicidal heat engine indicated that only collapse of civilization could extend the run of our species. In a perfectly imperfect world, that would have been true. The details behind three very important phenomena interfere with the ideal world, however: abrupt climate change, global dimming, and the unplanned meltdown of the world’s nuclear power facilities.

Meanwhile, the crock pot in my brain was still stewing and I hatched a wily plan to extend the lives of my wife and myself, while also serving as an example of right action as I reduced my ecological footprint. I cashed in my retirement funds and created a platinum-grade, off-grid homestead in the wilds of southern New Mexico. And then I impatiently waited for everyone to follow me. After all, who wouldn’t follow an entertaining, award-winning professor out of the city and off the grid?

It wasn’t long before I realized it was a good thing nobody had followed me. What I had not calculated into the scenario when I began the arduous process of forsaking civilization were: 1) abrupt climate change, 2) global dimming, and 3) uncontrolled meltdown of nuclear facilities.

These three factors create the perfect storm of “We’re SOL and there’s no turning back the clock.”

Abrupt climate change is under way, and it has precedence on Earth. It has no precedence with humans on Earth because abrupt heating removes habitat faster than most animals can keep up. Humans will soon join that undistinguished, never-to-be-seen-again crowd.

Global dimming is the Catch-22 of global warming. Greenhouse gases trap solar radiation and warm the planet, as most people know. But as industrial activity produces greenhouse gases that warm the planet, it also produces aerosols that act as umbrellas to cool the planet. These aerosols reflect incoming sunlight before it reaches the surface of Earth. Whereas greenhouse gases stay in the atmosphere for a long time, locking in ever-increasing temperatures for at least a thousand years, aerosols fall out of the atmosphere within about six weeks.

If we clean up our carbon-dioxide-spewing act, the sulfates fall out without being replaced and humans lose habitat on this jewel of a planet within about six weeks.

The additional bad news is the likely meltdown of more than 450 nuclear reactors throughout Earth due to a combination of continued abrupt warming and the resulting collapse of civilization due to the inability to grow, store, and distribute grains at large scale.

It doesn’t take a nuclear physicist to imagine the scenario we’ve seen in plenty of disaster movies. We’ve also seen it happen at Chernobyl and Fukushima, two ongoing nuclear disasters. Imagine Fukushima times 100 and no willing, paid people around to contain the damage.

What does that look like? It looks like lethal mutations resulting from bathing in ionizing radiation, until we can no longer procreate. It also looks like Earth’s atmosphere being vaporized as our only home is turned into a dead planet that will never come back from this extinction event.

And guess what? Nobody is working on any of these three predicaments! At this late stage, they have become insoluble predicaments. Forty years ago, we might have had a chance.

Acting even 20 years ago might have given us the chance to persist in a post-apocalyptic world. But today, the two chances of solving the predicaments in which we are embroiled are zero and none.

Earth is in Stage Four. She has little time remaining.

The crock pot in my brain is just about boiling over at this point and I realize I am going to have to admit my own mortality is imminent. That’s nothing new to me, or to any of us. We all knew, even when we were kids, that one day we were going to die. Most of us didn’t think it would happen for a long time, but we knew it would happen, eventually.

Most of us could not have imagined we’d be taking the entire living planet into the abyss with us. Or that there would be no one left to write dirges for us, or tell the story of how hard we fought to save our home and all Her lovely creatures.

When a patient is in Stage Four cancer with days to live, do the doctors keep telling her they are going to save her? Do they tell her they will invent a cure to turn back the clock? Of course not: That would be lying. Medical doctors who are decent human beings arrange for the patient’s hospice care so she can be comfortable and have a chance to say good-bye to her loved ones in a safe space. In hospice, patients can complete relationships and be spared a death of agonizing pain or loneliness, much less filled with the false hope of a miracle cure that is never coming. (Stephen Jenkinson has done a great deal of work on this topic—he calls it the “death trade”—and it is worth taking the time to read his books and listen to his interviews.)

It was the horrific combination of abrupt climate change, global dimming, and nuclear reactors’ melting down that led me to conclude that my own crock pot was done. I fully embraced the terrifying reality of our situation, in all its tragic beauty. We are going extinct, and soon. The only reasonable way for me to walk into this strange and alien future is with the analogy of hospice. Every one of us, together. More than seven billion people saying good-bye to each other in hospice. We no longer need worry about careers, reputations, mortgages, where we’ll get our water from, warlords, pandemics, or the truly mundane aspects of life such as washing dishes, taking out the trash, or doing laundry. In the end, these mundane tasks seem oddly bittersweet.

On a person’s deathbed, she is generally either alone or surrounded by the people she loves. She isn’t thinking about anything except the people who meant something to her during her life. Because at the edge of extinction, only love remains.

Pauline Schneider,  née Panagiotou, was born in Nigeria, brought up in Greece, spent most of her adult life in New York state, and now lives on a 57-acre homestead she created in western Belize. She is a New York-certified secondary school teacher, New York Botanical Garden-certified landscape designer, author, videographer, and documentarian.