The Varieties of Dontopedology: Misspeaking

“In 1975, the parents of a 13-year-old girl were relaxing in New York’s Central Park, basking in the glow of a Broadway-musical matinee. In the distance, Dr. Bill Bruehl, the father, spied the Dalai Lama and his entourage strolling their way. Hurriedly, he explained to his daughter who this esteemed man in the flowing, red robes was. As the young god passed their park bench, the irrepressible child said, ‘Well, Hello, Dalai, we’re glad that you’re back in town!’”—Skip Eisiminger 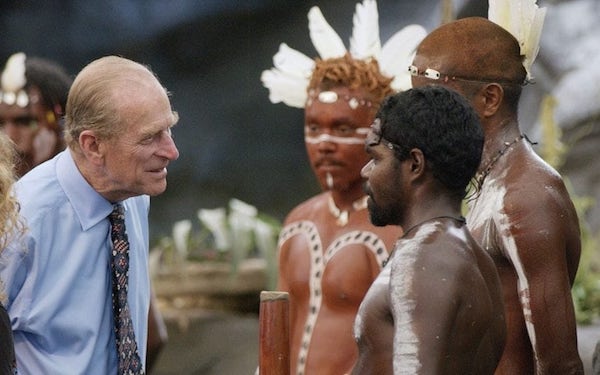 Prince Philip asked if Aborigines “still threw spears at each other.”

I.“Dontopedology is the science of opening your mouth and putting your foot in it.”—Prince Philip

CLEMSON South Carolina—(Weekly Hubris)—October 2018—On first meeting Lord Taylor, an African-British peer, in the House of Lords, the Queen’s husband inquired, “And what exotic part of the world do you come from?”

This “scientific” example of “dyspediora,” also known as foot-in-mouth disease, reminded me of a disturbance in the House of Eisiminger when I was about twelve: Dad was driving Mother and me home from the Gravelly Point complex of government offices in Arlington when I saw a sign at the entrance that read in part “US Corps of Engineers.”

“What’s the Corpse of Engineers, Daddy?” I innocently asked. He was no more amused than when I misspelled his rank, “k-e-r-n-e-l,” on a seventh-grade spelling test. I’ve been rehearsing sentences in my head and double-checking my spelling ever since.

My parents contributed to my love (and fear) of English in the most roundabout way I can imagine. Dad occasionally told his male friends in the bowling alley of the comely British woman he’d met in a bar during the war who invited him to “Knock me up some time.” She meant, of course, “Pay me a visit the next time you’re in town,” but Dad leapt at the outside chance that she just might be a nymphomaniac.

It took him 20 years to get back to London during which time he lost her address. Which is a good thing, for if Mother had heard this Trump-style locker-room talk, she might have hit him with her “spatchelor.” At least that is the word I heard emanating from lips ripened in southern Georgia, but when I spelled it that way on a college paper, I found a question mark beside it. The instructor didn’t know whether it was a diction error or a misspelling. As I later explained to her, the word is “spatula,” a word my mother had misspoken, and I had never questioned.

To Mother’s good fortune and foresight, she did not inherit a trace of her father’s racial animus. My grandfather’s feelings for Jesse, the Black man he’d hired in the 1950s to tend two gardens, shell pecans, and muck the barn, could be read by his oral “barometer.” This gauge was quite simple: “nigra” indicated Jesse had nothing to fear that day; “nigger” meant that Jesse better keep his head down, and “negro” meant he was speaking among the educated whites who’d come to ride his horses. Of course, Jesse was never “Mister,” for if he had a surname, I never heard it. Sometimes we misspeak in silence.

A week before Ingrid and I married, my sesquilingual fiancé was asked by two American friends to translate their vows from German into English. The wedding service was to be performed in a 12th-century church in Velpke, a mostly-Lutheran village in northern Germany. The local minister, however, spoke little or no English, so Ingrid was asked to assist in joining these two Roman Catholics in Holy Matrimony. It all began predictably enough: “I take you, Joan, to be my lawfully wedded wife from this day forward, to join with you and share all that is to come . . . until death do us part.” But the minister, like everyone else, was freezing in this unheated, solid-stone-and-tile church in February, so he raced through the service with hardly a pause, using some rarefied diction and syntax Ingrid barely understood in German. Bravely, she did the best she could, once telling the perplexed couple, “I’m not sure what he just said, but don’t fool around!”

Two children and 20 years later, Bob and Joan divorced, but whether Ingrid’s misbegotten translation was a contributing factor is unknown. 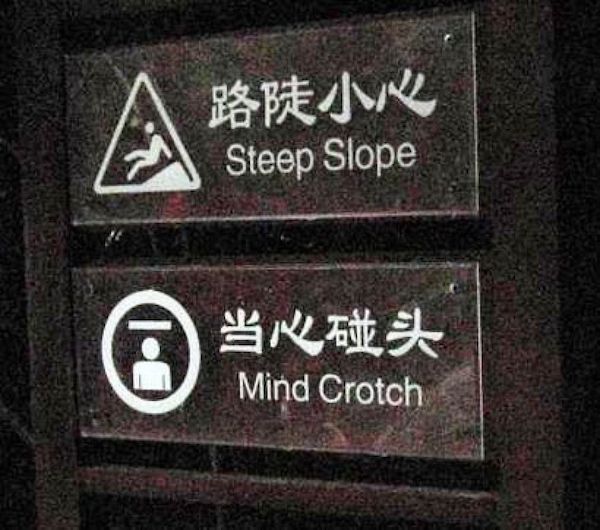 II. “Was it Hobson or Jobson who laid Lady Mondegreen on the green?”—The Wordspinner

Most immigrants I’ve met have vivid memories of misspeaking at least once in their adopted language. Those who adopt English as their second or third language struggle with the barbed complexities of that great “hook” once called “englisc” (after that hook-shaped peninsula “angling” into the North Sea from Anglia where the natives “angled” for supper). Here’s a sample

And then there’s a woman, who shall remain anonymous, who substitutes:

No one should wonder why “Anonymous” is my intellectual blood bank, my entrance to unsuspected worlds. 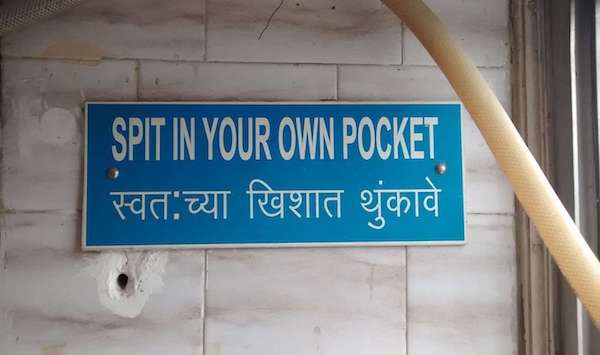 III. Don’t listen to what comes from Donald Trump’s mouth; listen to the words in his heart.—Paraphrase of Kellyanne Conway

In 1975, the parents of a 13-year-old girl were relaxing in New York’s Central Park, basking in the glow of a Broadway-musical matinee. In the distance, Dr. Bill Bruehl, the father, spied the Dalai Lama and his entourage strolling their way. Hurriedly, he explained to his daughter who this esteemed man in the flowing red robes was. As the young god passed their park bench, the irrepressible child said, “Well, hello, Dalai, we’re glad that you’re back in town!”

Then there was the German-born kindergartner, who’d lived in the US for less than a year, who told a handsy classmate, “Let go of me, you SOB!” The girl was sent home with a note pinned to her blouse complaining of “profanity.” The girl’s mother, who’d absorbed even less English than her daughter in the turbulent transition, telephoned the teacher and asked, “What profanity did she use?”

“SOB,” the teacher said. The mother thanked her and called my wife who explained that “SOB was a terse way to accuse someone of being “the son of a female dog.”

“Is that so bad?” said the mother. “I have three sons of bitches myself, and they’re as cute as can be.”

The oral gaffes of the innocent and the ignorant are some of my favorites regardless of the gaffer’s age. Ms. Sonda Ward of Nashville overheard a man explaining to a woman why he had not given her a ride to a church function: “Estelle, if I’d a knowed you’d a want to went, I’d a seed you’d a got to get to go.”

As one American vice president famously said, “I stand by all my misstatements.” I stand with him, for a rosy error has a pulse of its own.

IV. “There’s a special kind of glory in a great mistake.”—Anonymous

For the audience, an aural gaffe may be amusing, but the consequences for the speaker can be consequential:

But before we condemn poor Charles Lamb or Prime Minister Suzuki, we should remember just how difficult it is to be clear in any language, especially speaking off the cuff with nothing on the cuff to read from. We might recall that the sentence, “Nothing is better than English peas,” can mean: “The taste of English peas is so bad that starvation is preferable,” or, “English peas are the best things grown in a garden.”

And finally, consider that, “Take it from me,” depending on where the speaker’s stress falls, can mean “trust me,” or, “remove something from me.” As a student once wrote, “Every morning, the sun rises on a new error.” To which James Joyce replied, “Errors are the portals to discovery.” To which I would add, “Please don’t lock the portals.”

5 Responses to The Varieties of Dontopedology: Misspeaking