Seeking a Mission for the End of the World

“Live large. Be you, and bolder than you’ve ever been. Live like you’re dying. Because you are. No guilt. We were all born into the captivity of industrial civilization. No blame. No shame. At the edge of extinction, only love remains.”—Guy McPherson 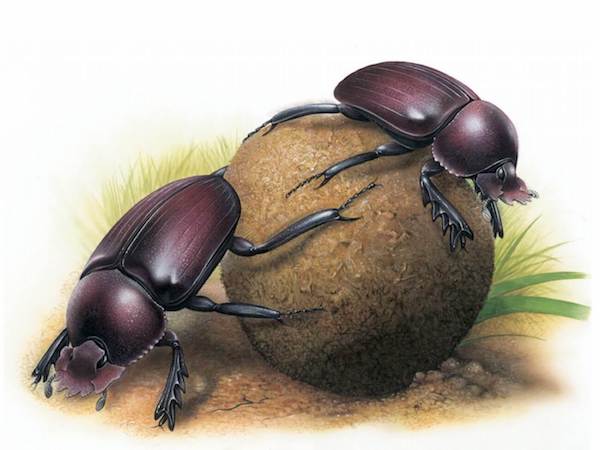 “I am a personal optimist but a skeptic about all else. What may sound to some like anger is really nothing more than sympathetic contempt. I view my species with a combination of wonder and pity, and I root for its destruction. And please don’t confuse my point of view with cynicism; the real cynics are the ones who tell you everything’s gonna be all right.”―George Carlin

WESTCHESTER COUNTY New York—(Weekly Hubris)—December 2018—I am often asked, “Why are we here?” Occasionally, I am asked, “Why am I here?” I will attempt to respond to both questions in this short essay. Not surprisingly, my responses align with a paragraph from German philosopher Arthur Schopenhauer:

Human life must be some kind of mistake. The truth of this will be sufficiently obvious if we only remember that man is a compound of needs and necessities hard to satisfy; and that even when they are satisfied, all he obtains is a state of painlessness, where nothing remains to him but abandonment to boredom. This is direct proof that existence has no real value in itself; for what is boredom but the feeling of the emptiness of life? If life—the craving for which is the very essence of our being—were possessed of any positive intrinsic value, there would be no such thing as boredom at all: mere existence would satisfy us in itself, and we should want for nothing.

With respect to the first question, the obvious response is, “Who is ‘we’?” I will assume, in this case, that the “we” in question is Homo sapiens. In that case, the response is easy, if one has sufficient understanding of evolutionary biology.

I went to graduate school in Lubbock, Texas. In the process of completing my graduate degrees, I spent a lot of time conducting work in the grasslands and savannas of western and central Texas. On dozens of occasions, I defecated in the savannas. On most of these occasions, considering my location, I attracted dung beetles. The dung beetles would fly toward me as I squatted, their size and wingspan making them drone like B-52s. I would bat them away, as well as I was able, and they would crash awkwardly into my head and torso. After I finished my task, I would watch the beetles as they formed my manure into balls a tad smaller than ping-pong balls and then rolled them away. These tiny creatures thus solved a significant problem for human beings. As with carrion beetles, dung beetles save humans from a lot of life-threatening diseases: they clean up after us.

By now it’s probably obvious that the answer to the question, “Why are we here?” is rooted in evolutionary biology. We are here to give dung beetles something to do. Dung beetles are here to protect us, thereby extending our lives. Without us, dung beetles will be SOL.

Comedian George Carlin promulgated a different idea, one rooted in “nurture” rather than “nature.” As indicated in the video embedded here,

Carlin believed our collective purpose of transforming oil into plastic had nearly run its course more than a decade ago.

Considering “us” as a civilization, I believe there is another response to the matter of our purpose. We are here, as a global society of clever beings, to model ridiculous behavior. In so doing, we provide a galactic warning to other civilizations in the multiverse.

The far-more-difficult question, of course, is, “Why am I here?” I suspect there are approximately 7.6 billion answers to this question.

For Jeff Bezos, the answer is, “to go to the moon.”

For some more-extreme technophiles, the answer is, “to go even farther.”

I wish nothing but good luck to Bezos, Musk, and like-minded technopians. (Well, I wish them good riddance, too.)

Some individuals are here to give. In pursuing a life of service, I would put myself and a statistically few others in that group.

Some people are here to take. We all know examples of the ones to whom Daniel Quinn referred as “takers.” I am reminded anew nearly every week when I come across yet another example of betrayal.

For most of us, I would suggest that the individual rationale for our temporary existence is simply this: “Live small, breathe the sweet air, and go slow.” 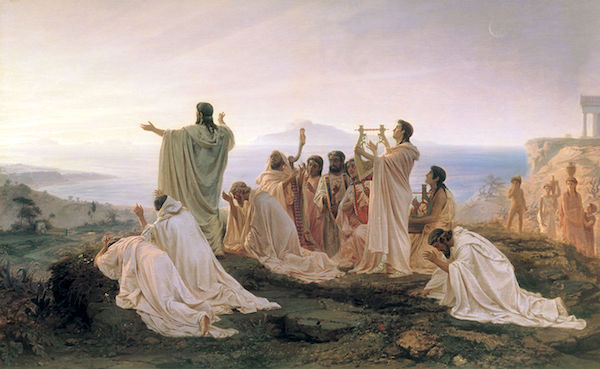 Or, as Marcus Aurelius pointed out: “When you arise in the morning, think of what a precious privilege it is to be alive—to breathe, to think, to enjoy, to love.” I’d go a few steps further and point out that the answer has to do with acknowledging our limits as individuals. I’ve written up my advice, repeatedly, but let me I expand even further upon my earlier writing on this topic:

In light of the short time remaining in your life, and my own, I recommend all of the above, even more loudly than before. More fully than you can imagine. To the limits of this restrictive culture, and beyond.

Live large. Be you, and bolder than you’ve ever been. Live like you’re dying. Because you are. No guilt. We were all born into the captivity of industrial civilization. No blame. No shame. At the edge of extinction, only love remains.

I know this is a lot to ask. Expressing the best of humanity is quite a task. At this point, though, what have you got to lose? Indeed, what have we got to lose?