The Essence of Rust

“I ran back to the car for my camera. There was a story here. There was mystery, there was depth if I looked long enough and hard enough. The bubbling, the peeling of the rust, the surfacing of paint and rich colors all created their own reflections; abstract images, scenes, etched in the metal. It was all still very alive despite the patina of deterioration.”—Chiara-Sophia Coyle

OAKLAND California—(Weekly Hubris)—March 2019—Rust. It happens. Reflections. They just occur, when all the elements align. Reflections in rust? Yes, just one more form of a reflection. An echo of time imprinted on a surface. I am very familiar with rust. Having grown up on a very damp, salt- and wind-kissed island, I can assure you rust was a frequent sight and part of everyday life, one usually depicting the end of something’s life cycle. Bringing with it the requirement to replace the rusty object, no matter the size, no matter the purpose it served. Rust screamed danger for the shoeless running in the summer countryside, not so much because of the rust, itself, but rather because of the natural environment and the bacteria rampant underfoot. Simply put, there was nothing gratifying in its appearance; it only signified decay, a form of irreversible death.

It was a cold, foggy day a few years ago when I went for a long drive, aspiring to create a great nature photo shoot. I came across a pick-up truck on the side of the road, seemingly abandoned a good 30 years earlier.

I pulled over, consumed with excitement, and circled the truck repeatedly, avoiding cobwebs, sharp and dangerous edges, and wondering when some creepy creature would jump out at me and let me know in no uncertain terms that I was an uninvited guest and was not to interfere.

Completely mesmerized and shrieking (silently) with delight at the sight of numerous patterns created over time on all surfaces, I ran back to the car for my camera. There was a story here. There was mystery, there was depth if I looked long enough and hard enough. The bubbling, the peeling of the rust, the surfacing of paint and rich colors all created their own reflections; abstract images, scenes, etched in the metal. It was all still very alive despite the patina of deterioration.

Rust has been one more theme in my photographic work that keeps me connected to my childhood, my island, my inner energy. Rust speaks to me as a continuation of the life cycle; another visually redolent chapter in time. 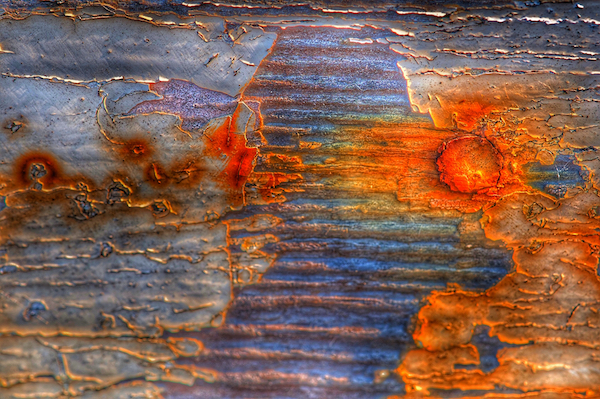 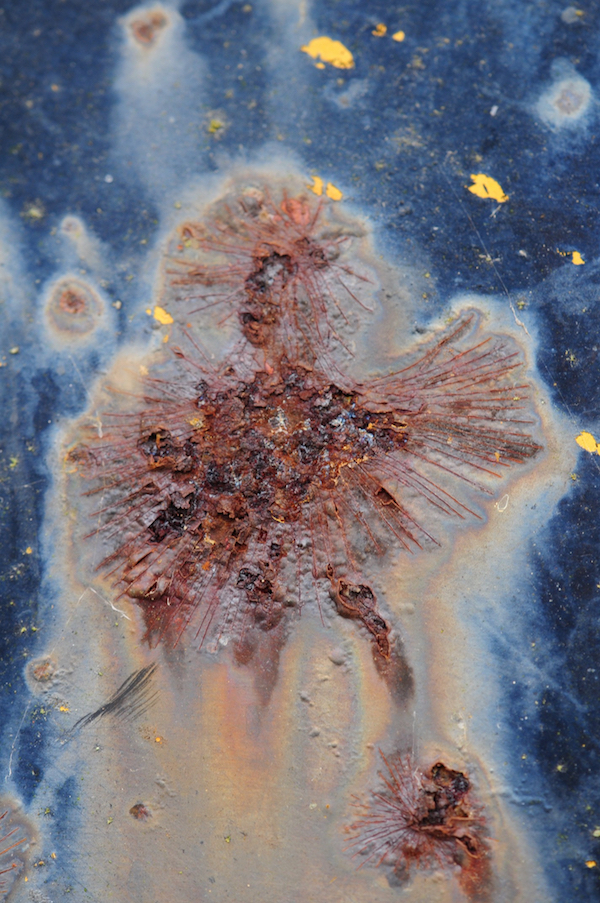 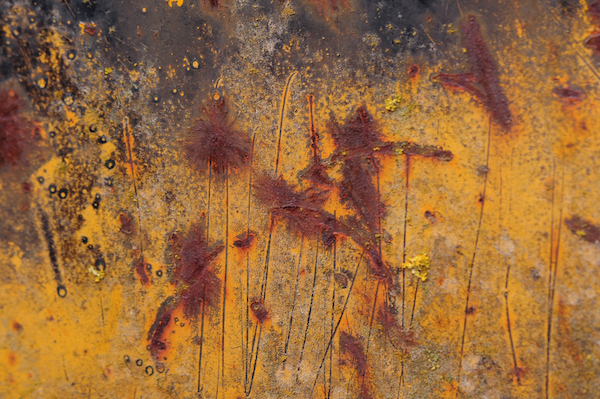 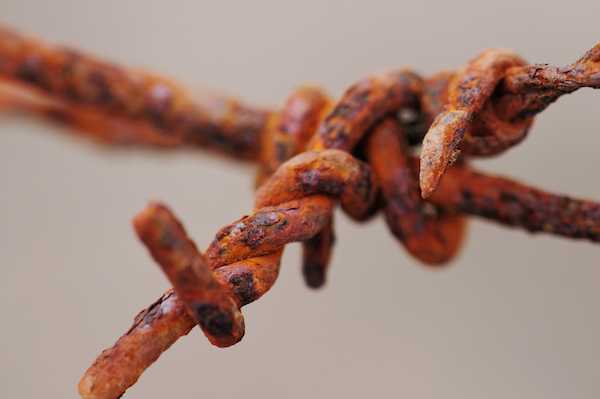 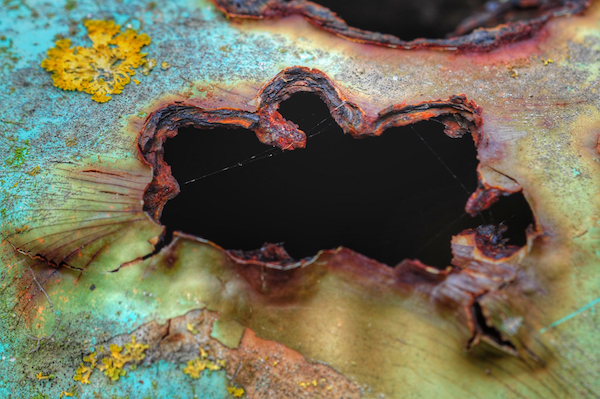 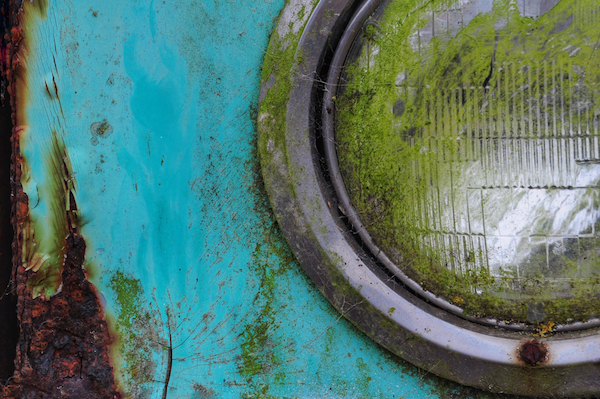 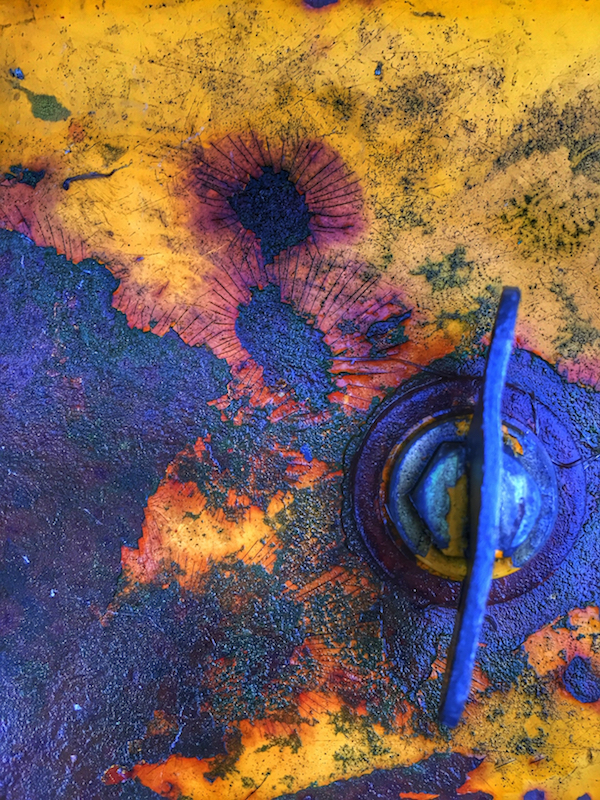 2 Responses to The Essence of Rust