“To me, the plight of refugees is personal. The suffering of a besieged people, tortured, raped, murdered by creatures whom I chose to think of as subhuman, but know are all too human, is personal. The disgust and contempt I feel for our current administration’s pandering to Russia, Saudi Arabia, Turkey, and the butcher of Syria is personal.”—Helen Noakes 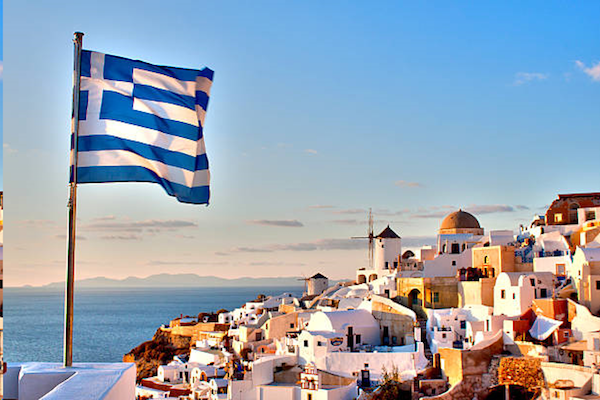 How beautifully we persist.

In 1914, the Turkish government ordered the systematic extermination of Greeks and Armenians who had been living in Turkey for centuries. Genocide ensued. Atrocities were the order of the day. Children were slaughtered along with adults; villages were burned to the ground.

The bloodbath was largely ignored by Europe and the United States because of business interest in Turkey; because of greed and political skullduggery. Indeed, John Ash, in his excellent book, A Byzantine Journey, describes what happened in Smirna (Izmir): “Thus perhaps as many as half a million people were gathered on a narrow quay only half a mile long when the city was set alight behind them. They were trapped between a wall of flame and the sea. It would have been an easy matter to rescue them: out in the bay the ships of the British, American, Italian and French navies floated at anchor, but they made no move to help the tormented people on the quays. Instead the Western Allies, who had done so much to bring this nightmare into being by encouraging the Greek government to embark on a course of action that was sure to enflame Turkish nationalist passions beyond reason, now assured the Turkish authorities of their neutrality, and in strict accordance with this policy any refugees who managed to swim out to the ships were turned back: many drowned as a consequence.”

It wasn’t until thousands had been massacred that the international community made reference to the horror. The exact number of dead ranges in the hundreds of thousands. The Turks weren’t as meticulous as the Germans in their record keeping. It wasn’t in their interest, one would imagine, to leave proof of their savagery.

The West’s ignoring the plight of people brutalized by dictatorial governments prevails to this day. Must I specify? Don’t you see what is happening in Syria and Yemen, in the Israeli/Palestinian conflict? Must I direct you to seek out data from news organizations throughout the world? Must I tell you not to rely only on the news we receive in this country?

A handful of my family members from both my maternal and paternal sides survived the carnage in Turkey. The rest were butchered. The ones who escaped fled to Russia, aided by their Turkish neighbors; decent people who saw the horror carried out by their government and chose to behave like civilized human beings. After all, their ancestors had lived side-by-side with the ancestors of their now beleaguered neighbors since the time Istanbul was called Constantinoupoli. Bonds of friendship were strong.

The story of my family is not unique. Survivors of organized political atrocities somehow manage to continue living, somehow manage to keep hope alive. It’s hope that fuels their survival, hope and faith. Faith in God, in their own strength, and in the inherent goodness of humanity.

That hope, that determination to continue against all odds has always fascinated me. How is it possible? I asked myself when I read Primo Levi’s accounts of survival in Auschwitz, when I listened to the stories my grandmother told of our family’s history of flight from one monstrous government after another. And then I recall my immediate family’s flight from Mao’s China. Even though I was a very small child, the sights, sounds, and terrors were imprinted in my mind for the rest of my life.

To me, the plight of refugees is personal. The suffering of a besieged people, tortured, raped, murdered by creatures whom I chose to think of as subhuman, but know are all too human, is personal. The disgust and contempt I feel for our current administration’s pandering to Russia, Saudi Arabia, Turkey, and the butcher of Syria is personal.

I write this as one voice hoping to be heard, crying out for action by the people of the world to rise up and demand decency from their governments’ leaders, demand sanctions against governments whose policy of extermination presents a clear and present danger to the stability of the world and to the essence of our humanity. I write this hoping against hope that I will be heard. For this column reaches only a few, but I will persist because I know what it means to have one’s loved ones devoured by violent megalomaniacs.

And I have hope because March 25 marks the day when Greece finally won its independence from the rapacious and brutal Turkish occupation.

Looking back at the history of my family, I wonder at the strange role of destiny in sparing the few who ultimately led to my existence in the world. I wonder at others like me who are here despite the evil in the world. We’re here for a reason, I believe. We’re here to remind the world that life continues, that in the midst of hell our ancestors said, “This, too, shall pass.”

Postscript: For the few who read this column, for anyone who might come across it by chance, I ask, please, that you pass it on, that you get involved in human rights organizations and encourage your friends to do the same. The horrors I describe may not be happening in your back yard but, ignored, they spread like a pernicious disease which might easily encompass you and yours.

2 Responses to We Persist