The Odor of Genius: Influence

Posted by Sterling Eisiminger on January 1, 2021 |

“Influence is subtle yet pervasive. Dine alongside Alberto Giacometti’s emaciated statuary, and most diners will eat less. That has been proven according to a study reported in the January 2017 issue of Appetite. Now, dine alongside the Standing Woman, a voluptuous bronze by Gaston Lachaise, and, though I cannot prove it, you’ll eat more.”—Dr. Skip Eisiminger

CLEMSON South Carolina—(Weekly Hubris)—1 January 2021—Two paintings inspire a playwright 500 miles away, a woodcarver inspires a sculptor 3,000 miles away, and a glossy photograph in an American magazine inspires a British song writer. Often it takes Beecher’s blossom’s odor a century or more to work its magic across a continent or two, but, like that two-thousand-year-old urn that sent John Keats to his desk, it’s undying.

To expand on my initial point, Samuel Beckett told a biographer that two sources of Waiting for Godot were paintings by the 19th-century German painter Caspar David Friedrich, both of which show two men beside a storm-blasted tree staring at a crescent moon. In similar fashion, 300 years after the death of the Anglo-Dutch woodcarver Grinling Gibbons, the American sculptor David Esterly “met” him and was inspired to carve feathers and flowers similar to but not copies of Gibbons’. Esterly admits that when he first saw Gibbons’ work, he didn’t know if he should, as one art critic put it, “steal from him, ignore him, or rebel against him.” In some ways, he did all three. Finally, a National Geographic photograph of an aboriginal mother, nursing one child while tending another, inspired Paul McCartney’s hit song “Lady Madonna.” Having inhaled the odor of genius, Beckett, Esterly, and McCartney produced works which now circle the globe via theatrical stages, museums, radios, televisions, and the Internet, with a healing odor of their own. 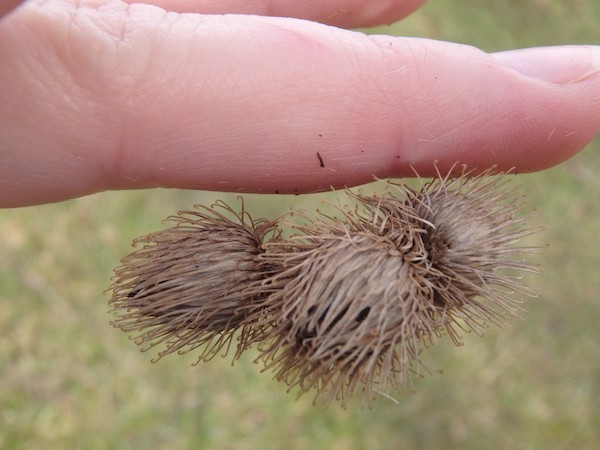 The burrs of the Burdock plant.

Shortly after the “dawn of time,” the child of an Egyptian step-pyramid builder was pouring dry sand into a shallow, square box. To his astonishment, as a smooth, four-sided pyramid arose, the boy’s father went to tell the young pharaoh of his son’s discovery.

Humans have been borrowing from nature ever since a naked hominid carried off a burning branch after lightning ignited the forest where he hunted.

Just as man has learned from nature, nature has adapted to humans, and the horse is the best example I’m familiar with. For over a million years, humans hunted horses in Asia and the Americas for their meat, bones, and hides. When some innovative Indo-Europeans in Central Asia captured a horse and rode it about 6,000 years ago, the cavalry was born as the animal slowly submitted to domestication over the next thousand years. Apparently, it was a reciprocal arrangement: as humans domesticated the horse, the horse domesticated humans. On the animal’s broad back, the culture of the Indo-Europeans was transported westward. Indeed, without the horse, North Americans would likely be speaking some Celtic variant instead of English. 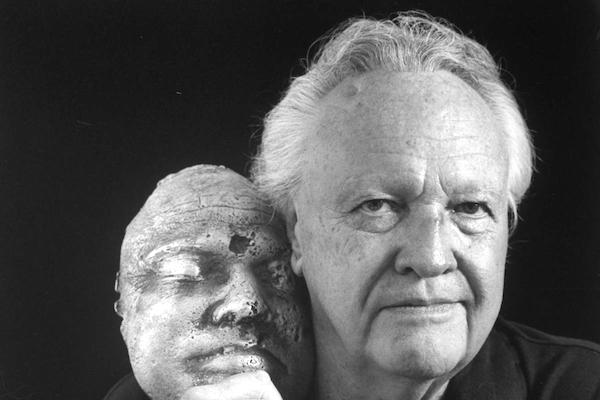 I’d like to thank the Nobel committee for this award as well as the following “lambs” I’ve digested:

As the orchestra rudely starts to play, I’m escorted off the stage. 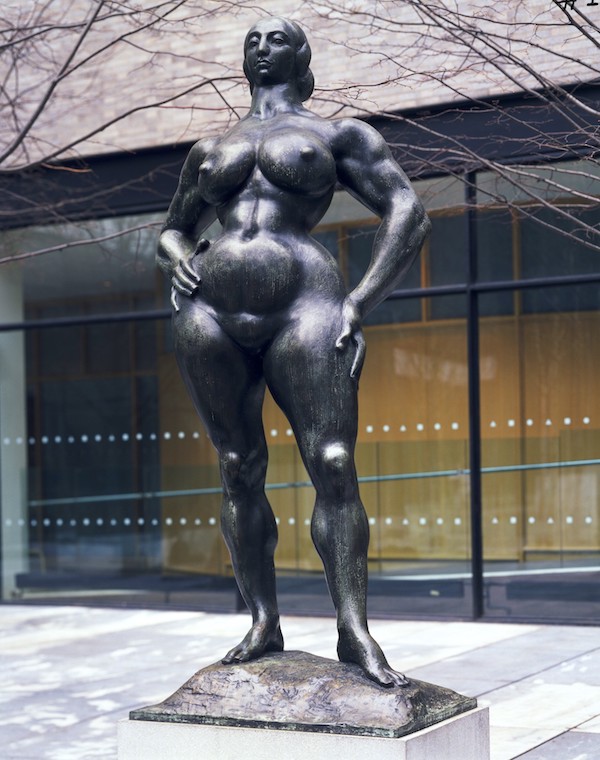 In one interview, James Dickey, my mentor at the University of South Carolina, said, “If I thought that anything I wrote was influenced by Robert Frost, I would take that particular work of mine, shred it, and flush it down the toilet, hoping not to clog the pipes.” And here I was in 1973 a lover of Frost (“Nothing gold can stay.”) and a student of a man whose poetry (“For the Last Wolverine”), prose (Deliverance), and criticism (Self-Interviews) I greatly admired. As a lover and student of both men, I would, therefore, rescue any work by either from the toilet, for I value their influence and am proud of what remains.

As my German wife is wont to say, “We’re often adorned with foreign feathers.” Anthony Bourdain proudly wore the feathers of every chef he’d ever met across the globe. Elvis Presley wore the feathers of his Black neighbors. Milton wore the feathers of Virgil, who wore the feathers of Homer. Sadaharu Oh wore Babe Ruth’s feathers, and I proudly wear the feathers of Frost and Dickey. This, in my opinion, is not cultural appropriation; it’s cultural cross-pollination, and no offense should be taken because none is intended. When some white fraternity boys smeared black shoe polish on their faces and mocked a Black gospel group, that was offensive, and they were rightly expelled. But when a Canadian yoga class was cancelled because it reminded some Indian students of British colonialism, that went too far. After all, there are several yoga poses that originated in 20th-century Danish gymnastics; thus, the question, what is authentic?

I find it interesting that when a state grants its immigrants a measure of liberty, they often will expand on a traditional dish given the new ingredients suddenly available. Take pizza, for example, which is thought to have originated in Naples with little more than mozzarella and a savory tomato sauce as the “pie” toppings. Occasionally, one found an anchovy option in this Italian seaport. Today, however, one finds Italian pizzerias that specialize in “Genuine American-Italian Pizza,” with everything from pineapple to chorizo to choose from on the topping list. This broad array may not be healthy for our arteries, but it is for all economies involved, including Hawaii and Spain.

Consciously or unconsciously, humans are influenced by the prevailing norms of a place. In one famous experiment, researchers placed fliers on the windshields of 139 cars in a hospital parking lot. After scattering litter about the lot, they waited to see what the drivers would do with the fliers. When the lot was littered, about half of the drivers threw the fliers on the ground. However, when the litter had been cleaned up for another group of subjects, only about 10 percent littered the lot.

Influence is subtle yet pervasive. Dine alongside Alberto Giacometti’s emaciated statuary, and most diners will eat less. That has been proven according to a study reported in the January 2017 issue of Appetite. Now, dine alongside the Standing Woman, a voluptuous bronze by Gaston Lachaise, and though I cannot prove it, you’ll eat more.

Harold Bloom argued, “Agon is the iron law,” but, in my experience, the yoke a writer bears is aluminum.

Two of the shoulders I’ve had the pleasure to stand upon are those of the female haiku master, Fukuda Chiyo-Ni. One of my favorites of hers, as anonymously translated, reads as follows:

By morning glories
I’ve had my well-bucket captured
So I bother a neighbor.

All around the rope, a morning glory clings.
How can I break its beauty’s dainty spell?
I beg for water at a neighbor’s well.

Not to be left out, I was drawn to try my own hand:

Morning glories
having captured my bucket,
I hike to a neighbor’s well.

Perhaps, it’s because I’m 78, but there’s no heavy anxiety in Chiyo’s influence on me. I trust that I’ve animated the “dead hand” of my precursor, not slain her.

I call the anonymous version the “moderate,” Henderson’s the “maximalist,” and my own, the “minimalist,” but what’s important here are not the differences, but the way the 18th-century original invites still another loving response to one woman’s tenderness, and thus the world begins to heal.

2 Responses to The Odor of Genius: Influence