Note: Sanford Rose has approached July’s monthly theme, “Home,” by reminding us what nation is truly responsible for our living today in the “land of the free and home of the brave” —namely, the (former) Soviet Union. 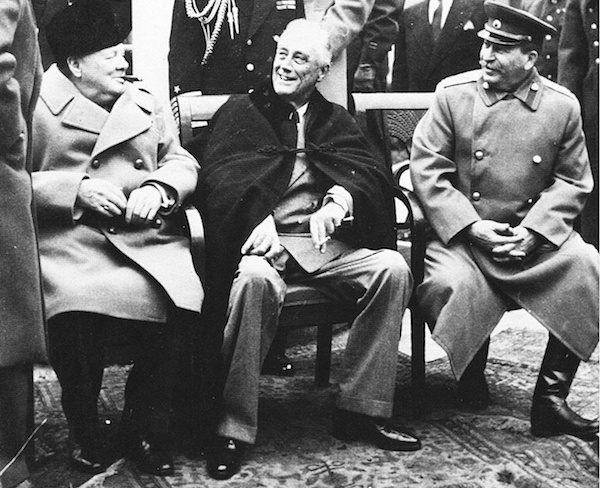 KISSIMMEE Florida—(Weekly Hubris)—7/4/2016—Now is the patriotic time of year—Memorial Day, followed hard by the D-Day celebration, and then The Fourth of July.

At this time of year, I routinely pose two questions to those in my geriatric set.

I routinely get the wrong answers.

“We Americans won that war.”

“The Battle of the Bulge, of course. Where the hell is Kursk?”

Americans did not win World War Two. The Russians did.

The odd thing is that they also started it—in a manner of speaking.

One day before the German invasion of Poland in September, 1939, the Russians fought an engagement in Siberia with their old enemy, Japan.

It was not part of a declared war. The Japanese called it an “incident.”  Call it what you will, it was a decisive victory by the Russians over an enemy that lacked enough battle-worthy tanks to match them.

At the time, the Japanese were debating two possible strategies: move west to take Siberia from the Russians and thus safeguard their conquest of Manchuria or move south to cripple the American fleet and then seize the Philippines and the Dutch East Indies.

The “incident” in early September, 1939, made that choice easy. They couldn’t beat the Russians by land, so why not try beating the Americans by sea?

Now fast forward to June, 1941. Having conquered a hapless Poland (with Russian connivance, which was shameful but not crucial) in 1939, the Germans took Denmark, Norway, Belgium, Holland, Luxembourg, and then France itself in six weeks in 1940.

The German Army was triumphant. Hitler then turned it against the Russians. On June 22, 1941, he sent between 3 and 4 million German troops across the Polish border to crush them.

At first he appeared to succeed. Between June and December, 1941, he killed, wounded, or captured 4 million Russians. Never in human history had an army suffered such casualties and survived.

But the Russian Army did. Apparently unknown to German intelligence, the Russians had perfected a mobilization plan for “complete force regeneration.” In other words, destroy their army, and they had enough trained reserves to field a new one within just two months. Destroy that one, and they could field still a third in the same amount of time.

The Russians had 14 million reserves. Interestingly, the Germans had only 300,000. Their initial attacking force had to be sufficient to do the job.

Myth has it that the Germans were stopped by the Russian winter.

In reality, they were stopped by the Russian summer.

Traveling over unpaved roads, their tanks were choked by dust. And when it rained, by mud.

By August, many tank units had lost about half their vehicles—only a fraction to Russian arms.

To be sure ,the Germans continued to advance until they were finally halted, in 1941 at least, before the gates of Moscow by troops transported from Siberia. But they had by then taken about a million casualties.

In 1942, the Germans began another offensive but made the mistake of fighting the legendary street-for-street battle in Stalingrad.

The Germans began their last offensive in July, 1943, in order to eliminate a salient in their lines around the city of Kursk. What followed is popularly dubbed the largest tank battle in history. The Russians won it.

The Germans were never again able to advance. Kursk demonstrated that the Germans would not be able to stop the Russians from going all the way to Berlin.

When Churchill met with Stalin late in the war, he said that he would never forget that the Russians “kicked the guts out of the German Army.”

That fact also should not be forgotten by Americans at our Independence Day celebrations and festivities.