“As we strolled past the recently erected Radio City Christmas tree last Monday, following a late lunch, at which, owing to our immoderate zest for the grape, we had both consumed quite a few flagons of Satan’s urine, we observed a distinct lack of security. I turned to Deborah, smiled deviously, and said, ‘Are you thinking what I’m thinking?’”—Ross Konikoff 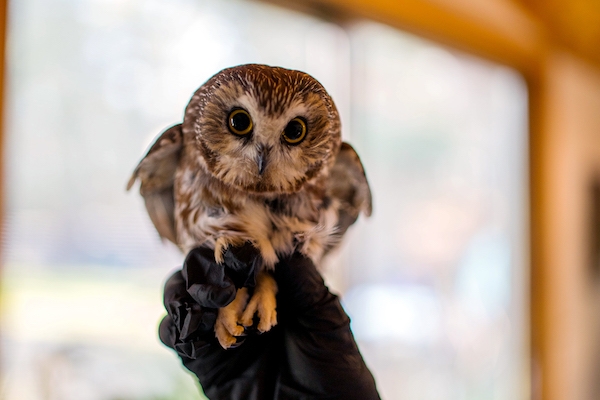 MANHATTAN New York—(Weekly Hubris)—1 December 2020—Our pet Northern Saw-Whet owl, who had been in our stewardship for almost a year—since he was a nestling, in fact—was always a sullen, solitary thing, unfriendly, with his upright stance, loud squawk, large, broad head, and razor-sharp talons.

His daily diet of live mammals, insects, other birds, and fish, day after day, had finally become too much for both of us. The damned thing was eating us out of house and home.

What we assumed might prove an interesting pet turned into a real pain in the ass, so we devised a plot to rid ourselves of him through what I judged to be an ingenious scheme.

As we strolled past the recently erected Radio City Christmas tree last Monday, following a late lunch, at which, owing to our immoderate zest for the grape, we had both consumed quite a few flagons of Satan’s urine, we observed a distinct lack of security. I turned to Deborah, smiled deviously, and said, “Are you thinking what I’m thinking?”

“How should I know?” she responded dryly. “What am I, the Amazing Kreskin?”

After unpacking my brilliant scheme for humanely ridding ourselves of Whooey, it seemed to win broad appeal, and so off we went, determined to de-bird our lives.

We rushed home, lured the noisy little rat-eater of out of his cage and stuffed him into a canvas Target shopping bag. Then, shoving that palpitating mass into a larger duffel bag, so as not to arouse suspicion, we set out again for Rockefeller Center, our package thrashing and shrieking as we hurried along.

Upon our arrival at the base of the enormous evergreen, we gave a quick glance around, waiting until the few coppers on duty were looking the other way. We opened the duffel, pulled open the Target bag, and out flew Whooey, directly skyward, alighting on the first branch of the 60-foot pine. Deborah and I turned and high-tailed it out of Rockefeller Center like Bonnie and Clyde after sticking up the Provident Bank of Omaha.

To our great delight, last evening on the 6:30 news came the exact story we had hoped to see. Not only had we unburdened ourselves of this troublesome avian, but we had, in addition, provided a COVID-weary city with a feel-good fantasy that the little fellow had ridden along in his nest, laterally, in the tangle of branches, all the way in from upstate New York, only to awaken, upright, in the most famous conifer in the world.

All in all, a win-win Christmas fable to tell the grandchildren as they warm their infectious little fingers and toes by the hearth every Christmas (except for this one), from one generation to the next.

Now we’re free to get that adorable bat we’ve had our eye on since February.

Stowaway owl returns to the wild.