“I suppose people have forgotten that the word “trumpery” originally meant deceit, from the French ‘tromperie.’ It has since evolved to mean useless trifles. Either definition suits the twaddle of The Donald, who demonstrates a particular animus toward America’s 11 million undocumented immigrants.” —Sanford Rose 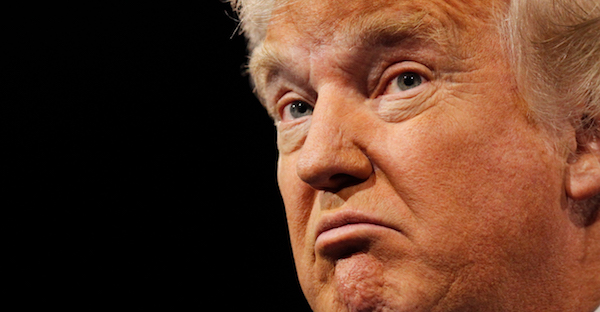 The “tromperie” of Trump.

KISSIMMEE Florida—(Weekly Hubris)—10/12/2015—I suppose people have forgotten that the word “trumpery” originally meant deceit, from the French “tromperie.” It has since evolved to mean useless trifles. Either definition suits the twaddle of The Donald, who demonstrates a particular animus toward America’s 11 million undocumented immigrants.

Let’s be clear about these people: We need them. We can’t get enough of them.

Labor participation rates in the US have fallen and probably will continue to drop because of the aging of the population. Immigrants are generally young and eager to enter and stay in the labor force.

Researchers have convincingly demonstrated this proposition with fancy econometric models. But the intuition behind their conclusions is quite simple: when you increase the number of manual workers, you enable some of those who are now doing manual work to upgrade to higher-level tasks—for example, communicating with and coordinating the activities of that increased population of manual workers.

Thus, you create a demand that permits people to settle into jobs that society values more highly than the jobs they previously held. This is tantamount to saying that output per unit of labor input, or productivity, has risen.

In the long run, wage gains depend on productivity improvements. If Americans want to see their wages rise, they must be prepared to welcome into the work force those whose efforts will help underpin the efficiency gains that stem from greater specialization of labor.

The immigrant population can be split into two basic categories: those with very limited educations and those with advanced degrees and even doctorates. Most people think that the second group is the only one that serves to raise our levels of productivity. They are mistaken.

Immigrants are blamed for lowering American wages. While this accusation is true in some parts of the economy, it is not true for the economy as a whole. Immigrants don’t lower American wages; they raise them. Politicians who attack immigrants for their allegedly adverse effects on economic life are guilty of the worst type of deception.

Economic gibberish, however, merely masks the underlying reason for these attacks—naked prejudice.

People of Mr.Trump’s means and age group are biased against immigrants for essentially two reasons: one economic and the other cultural.

The economic reason is, of course, the fear that their taxes will be raised in order to serve the needs of the immigrant poor.

The cultural reason is the proverbial 600 lb. gorilla in the room: As has been observed elsewhere, Trump came to maturity in the 1970s, when the ratio of foreign-born to natives was appreciably lower than it is now.

He is a part of what might be called the interregnum generation—those born after the older immigrants had been assimilated and before the new wave of essentially Hispanic immigration began. The world he grew up in is much different than the one he now views.

And that makes him uneasy and unhappy, as it does many of his age group. His perorations against immigrants thus resonate with the elderly population, which, I suspect, constitutes his most devoted constituency.

Note: This essay first appeared in The Orlando Sentinel, to which Sanford Rose is a regular contributor; the photograph of Donald Trump illustrating the piece derives from http://thelibertarianrepublic.com/top-issues-on-which-trump-flip-flopped/.