“The continuing popularity of the books I’ve mentioned is evidence of our interest in encountering, however vicariously, those archetypal things that go bump in the night. But why? I can’t help but believe it’s our fear of that within us which, by some small measure, just might be ‘consuming’—our darker impulses, our capacity to hate, to destroy, if the angels of our better nature did not exercise control.”—Helen Noakes 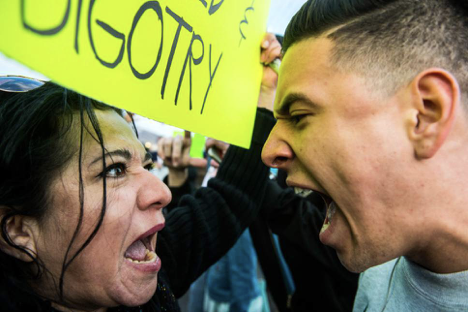 SAN FRANCISCO California—(Weekly Hubris)—October 2018—In 1816, a young woman on holiday with her husband in Italy accepted a challenge put to her by her famous host. The host, whose celebrity, even by today’s standards, had reached rock-star proportions, was Lord Byron.

Forced indoors by continuing inclement weather, Byron and his guests were plagued by ennui. The inventive poet proposed that he and each of his guests—his doctor, John Polidori, a fellow poet, Percy Bysshe Shelley, and Shelley’s wife, Mary Wollstonecraft Shelley—write a tale of horror.

We all know whose tale survived the test of time. Mary wrote Frankenstein; or, The Modern Prometheus.

A young Irishman, Bram Stoker, met the Hungarian writer Armin Vambery, who recounted macabre stories steeped in the folklore of the Carpathian Mountains. Heavily influenced by these tales, Stoker penned another iconic horror story, Dracula, which was published in 1816.

The concept of the dead requiring blood was not new. Homer mentions it in The Iliad and The Odyssey. And on the Greek island of Santorini, stories of the vrakolakas stalking unsuspecting night-time travelers and draining them of blood still chill the bones of anyone with an active imagination.

While Erckmann-Chatrian wrote “The Man Wolf” in 1876, the idea of lycanthropy may have originated in Greece. An Arcadian king, Lycaon, (lykos is the Greek word for wolf), invited the Olympian god Zeus to a feast. In an effort to test the god’s omniscience, Lycaon served Zeus with the flesh of Lycaon’s slaughtered son. Zeus, aware of the atrocity, punished Lycaon by turning him into a wolf.

One wonders if Shakespeare knew of this story when he wrote “Titus Andronicus.”

It must be noted that in heavily wooded Arcadia there is an archaeological site called Lykosoura. It’s dedicated to the goddess Demeter and her daughter, Persephone. The latter, of course, is the consort of Hades, and presides, at his side, as the goddess of the underworld. But there was an unusual discovery at this site, a statuette of Zeus Lykaios, which depicts the god with the body of a human and the head of a wolf. Such depictions are common in Egypt, and Babylon, but highly unusual in Greece. What spurred an ancient craftsman to create this image one wonders?

I’ve only mentioned three tales of terror. There are far too many to chronicle here. But it’s clear to me that the plethora of stories, myths, and folklore about monsters is indicative or our fascination with them.

The continuing popularity of the books I’ve mentioned is evidence of our interest in encountering, however vicariously, those archetypal things that go bump in the night. But why? I can’t help but believe it’s our fear of that within us which, by some small measure, just might be “consuming”—our darker impulses, our capacity to hate, to destroy, if the angels of our better nature did not exercise control.

Robert Louis Stevenson’s “The Strange Case of Dr. Jekyll and Mr. Hyde” lays that fact bare. We are, no matter how vehemently we might wish to deny it, all capable of becoming that which we fear.

Our current climate in the United States brings that possibility to the fore. Seeing images of furious protestors, eyes glazed with mindless fury, mouths open in savage invective, is a terrifying reminder that hatred makes monsters of us all.

Knowing this, we might consider observing our behavior in fraught situations. It helps us to dispel some of the mindless violence. It is incumbent on each of us to stay the roiling demon within with a moment of stillness, a breath, a reminder that, once loosed, it has the power not only to destroy the object of our wrath, but the perpetrator of that wrath as well.