Posted by Elizabeth Boleman-Herring on October 27, 2017 |

“Throughout the land, Democrats and Independents alike await (like Godot) the reappearance of Special Counsel Robert Swan ‘Bob’ Mueller III, who, we pray (to no one in particular) will come forth, sooner rather than later, to present evidence of Trump, Pence, Trump campaign members, and Russian operatives’ coordinated efforts to throw our last presidential election. We’ve been waiting since May of last year. We wait on. May our wait not be interrupted by Trump’s initiating World War III on the Korean peninsula, which he would do, by God, simply to go down in history as a superlative of some sort (‘Only US President Personally Responsible for the Annihilation of Millions for Absolutely No Discernible Reason’).”—Elizabeth Boleman-Herring 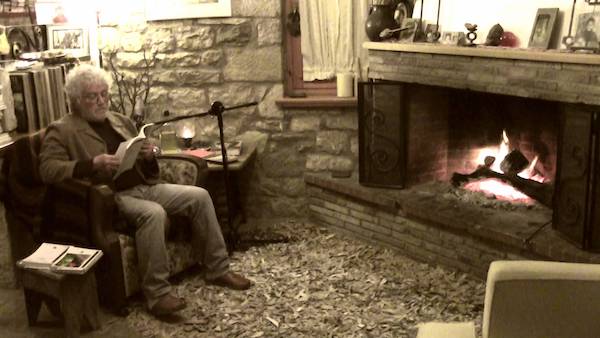 “Every age gets the lunatics it deserves.”—Roy Porter, Madness: A Brief History

“And empathy? Even Trump’s former mentor, the notorious Roy Cohn, lawyer for gangsters and Joseph McCarthy, said that when it came to his feelings for his fellow human beings, Trump ‘pisses ice water’”―Brandy X Lee, The Dangerous Case of Donald Trump: 27 Psychiatrists and Mental Health Experts Assess a President

LIMBEAU Florida—(Weekly Hubris)—November 2017—Dear Vassili, on Facebook recently, you asked me if I’m doing any better; I have to say that, honestly, I’m worse. A month ago, triggered by Hurricane Irma (and storms always take me right back to Kevin’s drowning,) I retreated from the world completely. I stopped speaking to anyone but my spouse and my 15-minutes-a-month shrink (all that American health care permits), turned off my ancient flip-phone, and waxed full-bore agoraphobe.

One day, dragged to the local swimming pool by Dean, an octogenarian World War Two vet and Trump voter mistook me for someone who’d agree with him about Colin Kaepernick’s taking a knee at football games. I nearly killed him. Quite literally, Vassili. You could have heard me screaming bloody murder at the man half a mile away.

Everyone, but everyone, got out of that swimming pool. Fast. Realizing that I am patently not prepared, perhaps ever again, to deal analogly with anyone else in our Red State zipcode, I went home . . . and closed the door.

More or less, I’ve been here before, of course. Depression—that big dead thing that comes back, periodically, to sit upon my chest—has accompanied me since childhood. I date it back to visits to the Middle East in the very early 60s: plop a privileged, hyper-sensitive, hyper-vigilant daughter of Pasadena down in the slums of Cairo and in mid-coup Damascus and in Jerusalem at any moment after the Nakba, and you’re likely to create a child, and then an adult, prone to night-terrors and despair.

Perhaps if I’d been Japanese, with a soupçon more of ganbaru in my make-up, I’d have done better.

That said, I doubt even anyone in Hokaido has sufficient ganbaru to deal with Donald J. Trump; to be more precise, with a world in which Donald J. Trump is in possession of the nuclear football.

Trump with the nuclear football: now there’s a good reason to take a knee!

Lest you think this missive is all about me (yet again), Vassili, one poor little (did I mention) privileged white snowflake, I hasten to add that, right along with me, the 65,845,063 American voters who cast ballots for Clinton in 2016 are also suffering vociferously. The 102,731,399 eligible US voters who voted for neither presidential candidate? I’m assuming many of them, as well, are demonstrating remorse.

Yes, that’s right: more eligible US voters than voted for either Clinton or Trump did not vote at all in the last election. 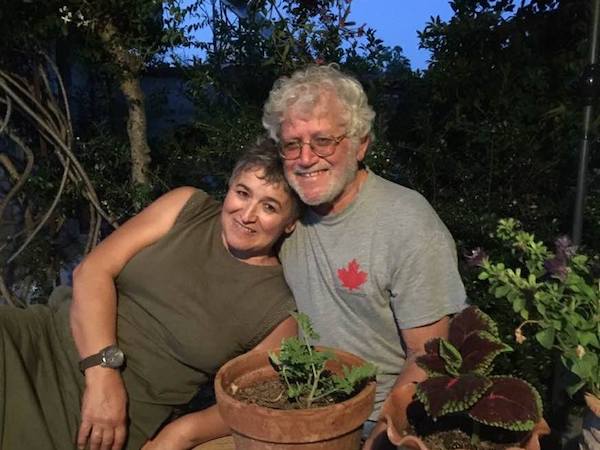 If you keep up, even tangentially, with my daily Facebook posts, you know that Immense-Money-Donors have completed their hostile takeover of both US political parties, and that corporations and members of the military-industrial complex now control all US cabinet posts (and the majority of members of Congress; both houses). It is my informed opinion, too, that Trump is Putin’s bitch; owned part and parcel by big Russian money.

Voting is now being actively repressed and voting districts are right-wing-gerrymandered; the free press is being harassed and marginalized by the White House; women have little or no access to contraception and abortion; white (mostly) men are marching in our streets wearing Nazi insignia and chanting Nazi slogans; madmen have access to arsenals of virtually automatic weaponry, and are gunning down their fellow citizens in vast numbers; policemen are shooting unarmed Black men and boys without fear of repercussions; and three generals and an oil executive are “running” America . . . while a tweeting lunatic fiddles with his smart phone.

I posit that America has suffered a long-rolling coup culminating in Trump’s electoral college “victory,” and that what we are now living under here is an actual “military-industrial” Junta, enabled by Russian and big-donor money, similar in so many ways to that of the Greek Colonels’.

Throughout the land, Democrats and Independents alike await (like Godot) the reappearance of Special Counsel Robert Swan “Bob” Mueller III, who, we pray (to no one in particular) will come forth, sooner rather than later, to present evidence of Trump, Pence, Trump campaign members, and Russian operatives’ coordinated efforts to throw our last presidential election. We’ve been waiting since May of last year. We wait on.

May our wait not be interrupted by Trump’s initiating World War III on the Korean peninsula, which he would do, by God, simply to go down in history as a superlative of some sort (“Only US President Personally Responsible for the Annihilation of Millions for Absolutely No Discernible Reason”). Trump and Putin, both bloodless and malignant narcissists, may be most alike in one big thing: both want to be their respective countries’ last “elected” chief executives. Even if we all must die to make them so,

I truly believe this: that Trump’s pathology is such that, at 71, knowing his own time on the planet is fast running out, he’d be quite happy to begin the last world war—in either Korea or Iran; makes no difference to him—drop a lot of nukes, and go out with a historic flourish. No one would, then, ever forget his . . . brand.

As you know, Vassili, for the last three years, and due to a brief series of damned-if-we-do/damned-if-we-don’t decisions that my spouse and I would make the same way again—they were unavoidable—Dean and I have lived far, far too long in the bright red rotting belly of a too-slowly-purpling Southern state. For three long years, we have been a distinct and under-siege minority in any given group, “however informally convened.”

When we went to vote for Bernie in the primary, we had to fight our way through Republican placard-holders blocking the public sidewalk to our voting precinct. We encounter, on a daily basis, Magical Thinkers magical-thinking: people who believe a deity micromanages their lives right down to sending them messages about what (new) car to buy. There are people flying confederate battle flags in their front yards and from their truck-beds. And there are old white men left and right who are spitting mad that their country no longer looks or sounds or thinks just like them.

My latest lamented performance in the local swimming pool has been a long time coming but, at last, I understand that, if I go out amidst these people again, and open my mouth, I am likely to go postal . . . and I will be the only one not packing heat.

My fantasies, these days, do not feature vacations in the Greek outback—can I again, ever, justify all that carbon; all those dollars spent that might go to worthier causes than my sanity (the ACLU, ProPublica, Planned Parenthood)? No, they feature violence. My fondest is that a group of American women diagnosed with terminal cancer somehow visits the White House (or one of Trump’s goddamned money-making golf clubs), wrangles an audience with The Pussy-Grabber-in-Chief, and tears the president limb from limb . . . after first castrating him, if they can locate that part of his anatomy.

I embody that sort of rage just now, Vassili.

And I begin to believe that, throughout human history, some—perhaps many—of us who’ve retreated from the world, and taken vows of silence, have done so to protect not the innocent but the terribly guilty from our righteous wrath.

I will not be speaking to others again until they are somewhat safer in my presence.

And I will not, ever again, be speaking to anyone identifying as one of the those who voted for Trump, or who voted for no one, in our last election. Members of those two groups are on permanent notice from me.

I think of you and Eleni down there in southern Greece, in that beautiful stone house you’ve built. (For Weekly Hubris readers who may want to read more about my correspondent here, poet Vassilis Zambaras, I direct you to an essay of his which appears on my Greek travel site, “Ten Not-So-Easy Pieces & An Epilogue” as well as to his archived postings here on Weekly Hubris.)

We’ve known one another since the 1980s, but have met, face to face, very seldom. Yet, American-Greek that I am, to Greek-American that you are, and with our shared history of expatriation and poetry . . . I state for the record here that I always carry you in my heart like a heart-shaped touchstone: in a world where Vassilis is conscious, there is still hope. (Selfishly, in a world where Vassilis is conscious, I am still “seen” fully; and my worldview is largely shared.)

I need that touchstone just now, Vassili, more than ever before. 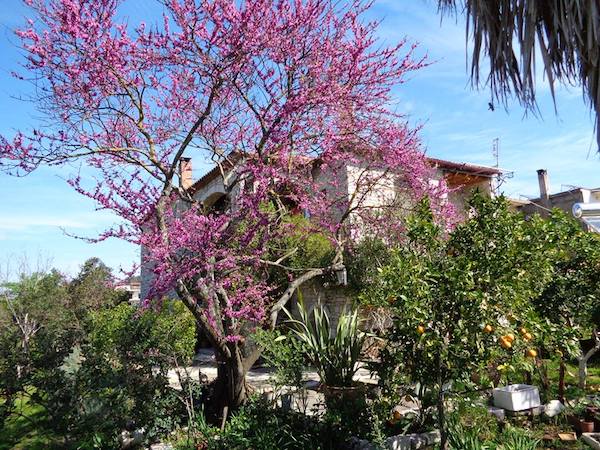 Note: Go here https://www.youtube.com/watch?v=bjvgHZU98HU to watch a video of Vassilis and Eleni’s home in Meligala, Greece.

Note, too: “Vassili” is the vocative form of the Greek men’s name, Vassilis.