Erotica & Longing During the Plague 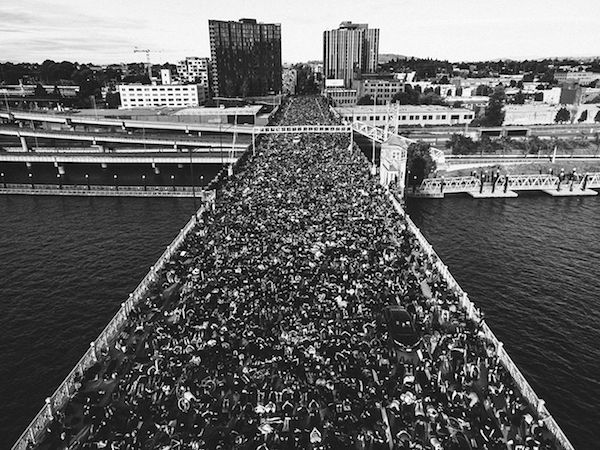 From “Erotica and Longing During the Plague,” An Ongoing Series of Poems

A Nest of Twigs

what is this place you call earth

As They Count the Dead

Thoughts While Weeding During the Plague

Regarding the image above: To read more about Andrew Wallner’s iconic image of protestors on Portland’s Burnside Bridge, follow this link.

Mimi German is a poet living in Portland, Oregon. Her poetry manuscript, Eyes of Horse Hair, recently received Honorable Mention for The Hopper Poetry Prize 2020. German's poetry may be found in “The Hopper,” “The Mantle,” “Three Line Poetry” (Vols. 51 & 52), “NewVerse News,” “Public Pool,” and “Counterpunch.” Her spare time is spent advocating for the unhoused in the village of St. Johns.
View all posts by Mimi German →
This entry was posted in Uncategorized. Bookmark the permalink. Follow any comments here with the RSS feed for this post. Both comments and trackbacks are currently closed.

4 Responses to Erotica & Longing During the Plague