A Reminder from the Pandemic: Service Remains Worthwhile

“When asked why we are here, the inimitable American author Kurt Vonnegut frequently quoted his son Mark and also his uncle. The former individual, between stints in a psych ward and Harvard Medical School—and apparently those were two different facilities—Mark Vonnegut answered, ‘We are here to help each other through this, whatever this is.’ According to Kurt Vonnegut, his uncle said, ‘We are here to fart around, and don’t let anybody tell you any different.’”—Dr. Guy McPherson & Pauline Panagiotou Schneider 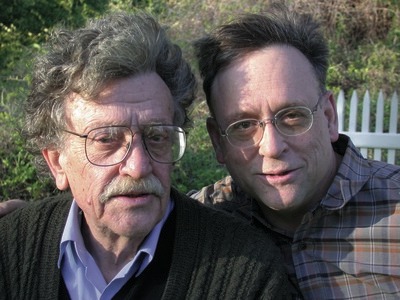 “Short time here, long time gone. The reason to try to be good, smart, kind, and on the side of angels is because it’s more fun and because there really aren’t any angels.”―Dr. Mark Vonegut, from Just Like Someone Without Mental Illness But More So

“I thought scientists were going to find out exactly how everything worked, and then make it work better. I fully expected that by the time I was twenty-one, some scientist, maybe my brother, would have taken a color photograph of God Almighty—and sold it to Popular Mechanics magazine. Scientific truth was going to make us so happy and comfortable. What actually happened when I was twenty-one was that we dropped scientific truth on Hiroshima.”—Kurt Vonnegut, from Bennington College Address (1970)

Shall we abandon our educational efforts? Shall we act like the retirees we are by hanging out by the pool much of each day? These questions lead to the ultimate question many of us ask ourselves on a frequent basis. Why are we here? We have addressed this question previously in this space, concluding that the response depends upon the scale of the question: the species known as Homo sapiens clearly has a different mission than each of us, individually.

When asked why we are here, the inimitable American author Kurt Vonnegut frequently quoted his son Dr. Mark Vonnegut and also his uncle. Vonnegut’s son, between stints in a Vancouver psych ward and the Harvard Medical School, said, “We are here to help each other through this, whatever this is.” According to Kurt Vonnegut, his uncle stated, “We are here to fart around, and don’t let anybody tell you any different.”

We agree with both of Kurt Vonnegut’s sources. Committed as we are to a life of service, we strongly support the perspective expressed so eloquently by Mark Vonnegut. At least for us, any other life is pointless. If we cannot serve humans and the rest of the living planet, then our lives have little purpose.

As minor examples of our commitment to service, we post frequent videos. Guy’s morning missives address the absurdity of the US stock markets as they open each weekday. His PhD minor in economics, combined with his understanding of the aerosol masking effect, puts him in a knowledgeable position with respect to the stock markets and the daily news. For example, the novel “coronavirus nearly broke the financial markets” on 16 March 2020. Had such a crash led to capitulation by traders, as it surely will in the future, then the resulting reduction in industrial activity would have triggered loss of habitat for humans on Earth.

Pauline’s daily videos focus on SARS-CoV-2, a product of the novel coronavirus with which she is apparently infected. She lends her personal, artist-inspired touch to our ongoing, existential crises even as knowledge of the virus and its impacts continues to expand. Her short commentaries attempt to impress upon people the importance of embodying compassion for one another through the simple act of wearing masks. In addition, these videos point out the connections between our commitment to compassion and anti-racism movements such as Black Lives Matter.

Recognizing that all is impermanent and still finding meaning in an amoral, meaningless universe have been guides along our path to a life replete with simple pleasures. Introspection has been pivotal at every turn. 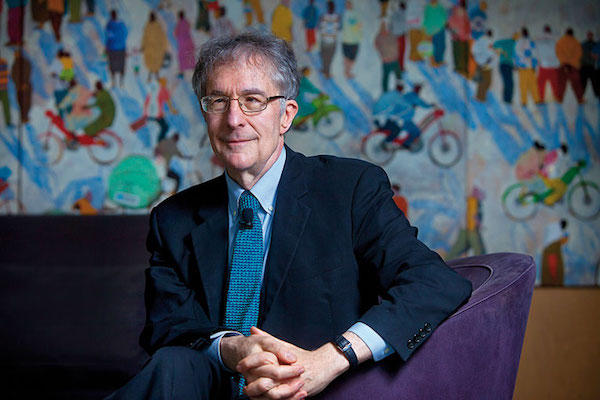 In the absence of intrapersonal intelligence, many of us are hard-pressed to ponder our purpose in a confusing and complicated world and, so, seek external validation and acceptance from a culture gone mad. This approach leads, quite unnaturally, to money being seen as the primary point of human existence (and introspection as a waste of time and cognition). Following this line of un-reasoning, many believe such postmodern palaver such as truth is personal, and proceed to the obvious and obviously ludicrous conclusion that there are as many versions of the truth as there are people. Forsaking personal responsibility is a clear next step. Dependence upon an irredeemably corrupt system is thereby strengthened.

Voila! The perfect storm of consumerism is created within a purposely dumbed-down society. The rich get richer. The rest of us become increasingly ignorant and stupid as we insanely continue to perpetuate an insane set of living arrangements. One consequence: The lies our culture told us—and still tells us—gain additional traction every day.

We are no longer playing that game. We have been describing an omnicidal culture for decades and have been actively attempting to distance ourselves from the “civilized” life. That our efforts to date have failed has not led us to abandon our question-centered approach to life. We continue to seek meanings for our lives independent of the many blinders devised by a culture from which we cannot, finally, escape.

We are passionately pursuing a life of excellence even as we rediscover and reinvent what this means for us, individually and collectively. Your own mileage may vary. Indeed, it almost certainly does, considering the personal nature of excellence, meaning, and love.

We are here, attempting to be fully present and aware. Please join us.

Pauline Elli Panagiotou-Schneider is a woman of many countries; many gardens. Born in Nigeria and reared in Athens, Greece, in 1987 she settled in Westchester County, New York to bring up her three children and polish her green thumb. No one was more surprised than she when, 28 years later, she packed up her gardening tools and moved to Belize to run a 57-acre farm. Her right-hand man on the farm was Dr. Guy McPherson, who came with his own rich tool-kit of knowledge. With a degree in television and radio, a BA in Anthropology and Sociology, a Masters in special education, and certifications in the fields of social justice, gardening, and permaculture design, Schneider brings a unique perspective to any garden on any continent. Her first official documentary, “Going Dark,” features Guy McPherson, with whom she collaborated on Ms. Ladybug and Mr. Honeybee: A Love Story at the End of Time. Schneider and McPherson returned to the US in 2018 for family reasons, and she now spends her days shooting and editing videos for her and  Guy’s YouTube channels and gardening fiercely in balmy, central Florida. She is looked after by her two Yorkies.

3 Responses to A Reminder from the Pandemic: Service Remains Worthwhile