Posted by Sterling Eisiminger on September 1, 2018 |

“My high-school plane geometry teacher once told a class that only God can draw a triangle with more or less than 180 degrees. When someone asked him how God could do this, he said He might draw the first on a sphere and the second on a saddle with negative curvature. ‘Hmm,’ I thought, ‘even without solid geometry, I can do that; we all can.’ But God does it in two dimensions.”—Skip Eisiminger 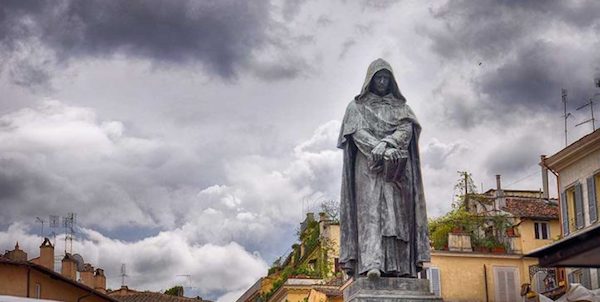 I. “We’re often bored with the time we own,/yet we pray for more in a place unknown.”—The Wordspinner

CLEMSON South Carolina—(Weekly Hubris)—September 2018—The last time my wife and I visited her German home, we took a walk through the oldest part of town. To give you an idea of how old Helmstedt is, in 1952, Ingrid marched in a parade with her classmates celebrating the town’s 1,000th anniversary.

“Me, too, and that’s why I wish these cobblestones could speak,” she said, standing beside a plaque affixed to a half-timbered row house. “Who was Giordano Bruno? All this says is that he lived and wrote here from 1589 to 1590 while he taught at the university a few blocks from here.”

“I think the RCs burned him at the stake,” I said, “but I’ve forgotten why.”

Once I had a chance to google Bruno, I discovered that not only had he been executed by the Church as I remembered, but he was the only 16th-century heretic to achieve the “anathema trifecta”: before he was formally cursed by the Catholics, he’d also been excommunicated by the Lutherans and the Calvinists. His capital “crimes” included teaching an ecumenical creed and, contrary to the Bible’s suggestions of a finite universe, promoting the construct of an infinite one. Who would have thought that believing in something as innocent and unproven as infinity would lead to your execution by an organization promising eternal life? 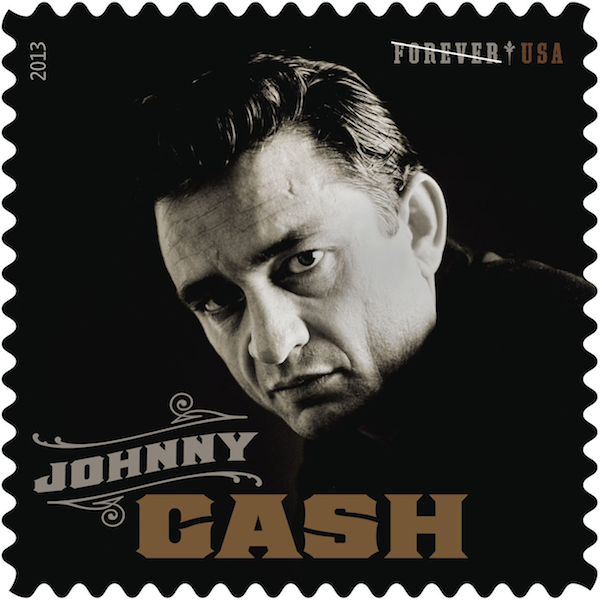 II. “If watching my pot keeps it from cooking,/watching the clock should keep me looking.”—The Wordspinner

Back in the States, I stopped at the tiny post office in Central, SC to buy some postage stamps. “I’m sorry,” the postmistress informed me, “we’re all out of Forever stamps.”

“I thought Forever stamps were forever,” I said.

“I know,” she replied. “It’s a standing joke around here at the tail end of the supply chain. We call them ‘Every Now and Thens.’”

As I told my wife later, “If what you don’t know can’t hurt you, my ignorance is making me immortal. I’m like a Forever stamp—forever good, with occasional exceptions.”

Like Thoreau, I go fishing in the stream of time hoping to land something lasting. Sometimes this fishing is a disappointment; other times it is a revelation. I’ll give you an example of the latter: contrary as it may seem, there is an equal number of integers starting with 1 or -1 as ending in zero, and both sums are infinite! 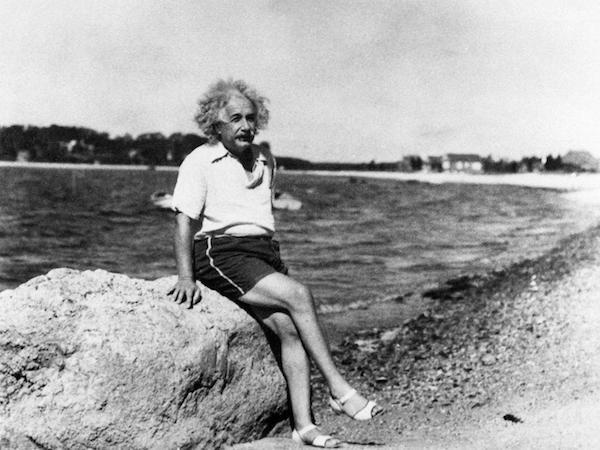 III.  “The Met’s brass sackbut is dusty and mute,/and yet its silence is not absolute.”—The Wordspinner

I recall chuckling when I read that Eternity Magazine had ceased publication in January of 1988. I assumed that this was a joke, for I’d never heard of this conservative Christian publication, but the joke was on me because the publication had been in business for nearly 40 years. Eternity Magazine, it appears, is something like a diamond which is advertised as “forever.” But my faith in the durability of the gem was shattered when I saw a video of crystalized carbon being reduced to black ash in a very intense flame.

It strikes me as a paradox that in an infinite and eternal world, nature has imposed strict speed and temperature limits. As if daring Nature to scold them, Harvard scientists have come within a fraction of a degree of achieving absolute zero at which most if not all atomic and molecular motion ceases. Some fear that if that frigid limit were ever reached, all essential motion in the universe would cease, but then there were those who thought that once an atomic chain reaction was started, there would be no stopping it. All atoms would fly apart, they feared, not just those in a laboratory’s lump of uranium-235. As we know, that did not happen.

Just as there is an absolute lower temperature, there is an absolute upper one called Planck temperature or 1032 Kelvin. Suffice it to say, this is millions of times warmer than the sun’s interior. Thus, in a boxy world framed by several absolutes, three of those box walls are named “speed,” “cold,” and “heat”; thus, nothing can be infinitely fast, cold, or hot. And as Einstein proved, there’s no absolute rest either. It may just be a faint vibration, but some movement will always be evident.

My high-school plane geometry teacher once told a class that only God can draw a triangle with more or less than 180 degrees. When someone asked him how God could do this, he said He might draw the first on a sphere and the second on a saddle with negative curvature. “Hmm,” I thought. “Even without solid geometry, I can do that; we all can.” But God does it in two dimensions. 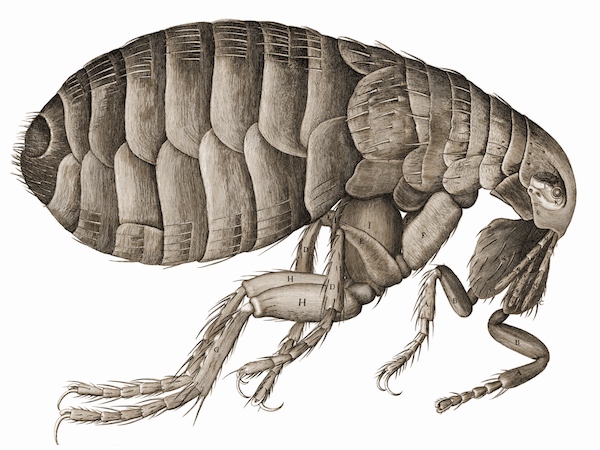 “So, naturalists observe, a flea/Has smaller fleas that on him prey;/And these have smaller still to bite ’em,/And so proceed ad infinitum.”

IV.  “Many who will have their ‘death gene’ cut out/many want it restored on getting the gout.” —The Wordspinner

While many 4th-century Greeks equated infinity with chaos, Aristotle disagreed, saying there was nothing irrational about adding one more item to any sequence (n+1). Thus, an endless sequence of numbers, each larger than the one before, represents a potential but not verifiable infinity. On the other hand, a house or any object that is infinitely large might exist in the mind but, in concrete terms, it’s impossible because that infinite object would displace or include everything else we know. Thus, infinity, Aristotle hedged, did and did not exist.

About a century later, Archimedes would become the first mathematician to calculate with infinity. By the 6th century AD, Boethius would define it metaphorically as a passing caravan viewed from an isolated mountain with an infinite (because unseen) future and past. Like many death-row prisoners before and since, Boethius may have been drawn to infinity as a promising, but in his case futile, avenue of escape. By the 17th century, the astronomer Galileo had rejected infinity, and the philosopher Pascal thought, “The eternal silence of these infinite spaces fills me with dread.”

Philosophers and poets have often dreaded infinity, unlike scientists who spend their careers looking for ever smaller worlds within the atom or ever larger worlds in space.

In 1733, the poet Jonathan Swift was the first to take a comic approach to the subject, imagining as he did smaller fleas feeding on larger fleas ad infinitum. (Fleas all the way down.)*

Over the next 300 years, looking out rather than in for an infinite progression, astronomers would slowly begin to unpeel the onion that is our universe. They would eventually declare that Earth is a tiny part of the solar system (less than a tenth of 1 percent, actually); that system is a tiny part of our galaxy; that galaxy is a tiny part of the universe, and that universe is a tiny part of the multiverse. As the playwright Tom Stoppard would write in 1967, “Eternity’s a terrible thought. I mean, where’s it all going to end?” Answer: it doesn’t, and it won’t.

Möbius strip out of M.C. Escher.

V. “Immortality is the genius to move others long after you have stopped moving.”—Frank Rooney

“I’m incapable of conceiving infinity, and yet, I do not accept finity.”—Simone de Beauvoir

If an eternity is an infinite expanse of time, an infinity is an eternal expanse of space. As such, eternity has no alpha and omega, no beginning or end; it’s just time ticking along a Möbius strip. Death for non-believers is, therefore, an eternity leave; reincarnation for believers is a maternity leave. Either way, whether one’s time is spent in a cemetery or living another life, time like space stretches out of mind.

Many hospitals, I’ve read, call their morgue the ECU or Eternal Care Unit even though most residents don’t spend more than a few days there. The eternal care comes from Nature, for the atoms in our bodies were forged 13.8 billion years ago, and they are projected to survive for between ten septillion and ten octillion more. That’s not an eternity, but it’s close enough. I look forward to the next restless transformation, confident that intelligence like space is infinite, human dignity is absolute, and time is eternal.