Peak Oil Has Gone Away (NOT)

“Conventional oil peaked in the United States in 1970. It was clear the US was no longer the world’s swing supplier in 1972. Shortly thereafter, OPEC was formed to ensure that political power remained with the most important material every discovered for sustaining civilization: oil. Among the consequences of the US passing peak oil were rising prices of gasoline, disruptions in the supply of petroleum products, and a severe recession. One result was called stagflation. Stagflation refers to economic growth that is weak or nonexistent, along with rising prices. Thus, a recession was accompanied by inflation. It proved very difficult to successfully address in the 1970s. I doubt it’ll be easier this time around.”—Dr. Guy McPherson 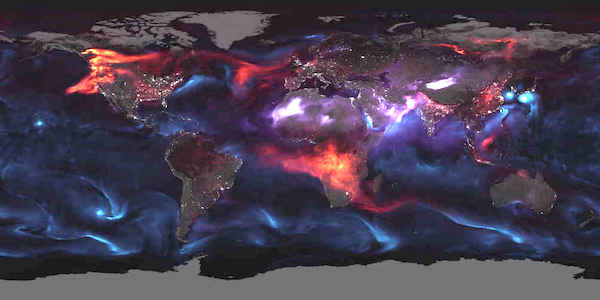 BELLOWS FALLS Vermont—(Weekly Hubris)—1 August 2022—For many years, I have reported on the dire impacts of global peak oil at Nature Bats Last. My reports from August 2007 onward indicate the potential for peak oil to terminate industrial civilization. Without further investigation, terminating industrial civilization and its horrors seems like a good idea. However, that aforementioned further investigation leads directly to the best-kept secret in climate science, the aerosol masking effect.

Once I discovered the importance of aerosol masking, I realized that even a relatively minor reduction in industrial activity will trigger a rapid rise in regional temperature and then in global temperature. As long-time climate-science researcher and professor James Hansen frequently points out, the aerosols produced by industrial activity fall out of the atmosphere in about five days.

Indeed, peer-reviewed research resulting from the loss of aerosol masking associated with the ongoing pandemic indicates regional increases in temperature have already led to regional increases in precipitation. (You can find the results quite easily with a simple Internet search.) Fortunately, these impacts have not yet gone global. Rather, they have remained regional in scope.

With that said, the goal of this short essay is to provide a brief overview of peak oil and its likely consequences. Peak oil does not mean we’re running out of oil any more than death of an individual begins shortly after birth. Rather, peak oil means we have reached the halfway point in our ability to extract oil. From the online Macmillan dictionary comes this simple definition for peak oil: “[T]he time when the production of oil in the world is at its highest level.” Actually, I disagree slightly with this definition. The world is not producing, and has not produced, a significant quantity of oil during the last several million years. Rather, humans have extracted oil and other fossil fuels that were created millions of years ago as a result of algae, plants, and other organisms being exposed to high pressure and high temperature. As a result, references to peak oil refer to the human ability to extract oil, not the actual production or creation of that oil. But, details . . . .

I had a paper published in the peer-reviewed journal Bulletin of Science, Technology & Society on 16 April 2008. As a result of the long time required for peer review and publication, the article was written in late 2006. It was titled, “Implications of peak oil for industrialized societies.” Here’s the Abstract from the peer-reviewed paper, which begins by citing the US Energy Information Administration’s assessment of conventional oil, sometimes called crude plus condensate:

“The world passed the halfway point of oil supply in 2005. World demand for oil likely will severely outstrip supply in 2008, leading to increasingly higher oil prices. Consequences are likely to include increasing gasoline prices, rapidly increasing inflation, and subsequently a series of increasingly severe recessions followed by a worldwide economic depression. Consequences may include, particularly in industrialized countries such as the United States, massive unemployment, economic collapse, and chaos.” 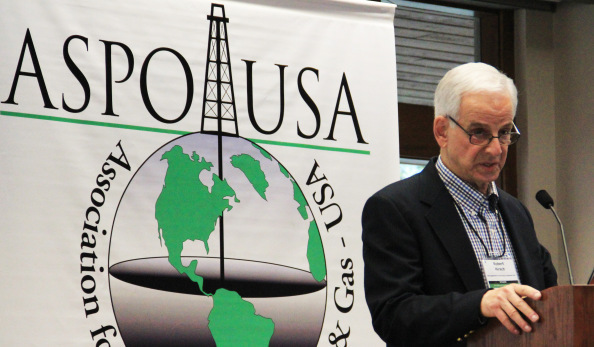 My colleague and I were correct in the conclusion we reached in this peer-reviewed paper: “World demand for oil likely will severely outstrip supply in 2008, leading to increasingly higher oil prices.” Gasoline prices rose, as did inflation. The so-called Great Recession followed. It’s unclear to me whether the Great Recession has ended, or whether, instead, we find ourselves in “a series of increasingly severe recessions.” Either way, the economic situation is dire. Remember, the fastest way to destroy all on life Earth is to dismantle industrial civilization.

The so-called “Hirsch report” was published in February 2005. It was created by Robert L. Hirsch and titled, “Peaking of World Oil Production: Impacts, Mitigation, and Risk Management.” Robert Hirsch created the report upon request from the United States Department of Energy. The Hirsch report concluded we would need 20 years’ notice to prepare for world peak oil. We might be able to patch together something resembling civilization on only ten years’ notice if we throw everything we have at the issue in a mad scramble.

Not surprisingly, the mad scramble continues. We are trying to cobble together solutions that address the suicidal idea of infinite growth on a finite planet. Enter the notion of renewable energy, which is sometimes called green energy, although it is neither renewable nor green.

We’ve been warned. Our response to dozens of warnings throughout history became the unspoken motto of “civilized” life: Must go faster.

Conventional oil peaked in the United States in 1970. It was clear the US was no longer the world’s swing supplier in 1972. Shortly thereafter, OPEC was formed to ensure that political power remained with the most important material every discovered for sustaining civilization: oil.

Among the consequences of the US passing peak oil were rising prices of gasoline, disruptions in the supply of petroleum products, and a severe recession. One result was called “stagflation.” Stagflation refers to economic growth that is weak or nonexistent, along with rising prices. Thus, a recession was accompanied by inflation. It proved very difficult to successfully address in the 1970s. I doubt it’ll be easier this time around. 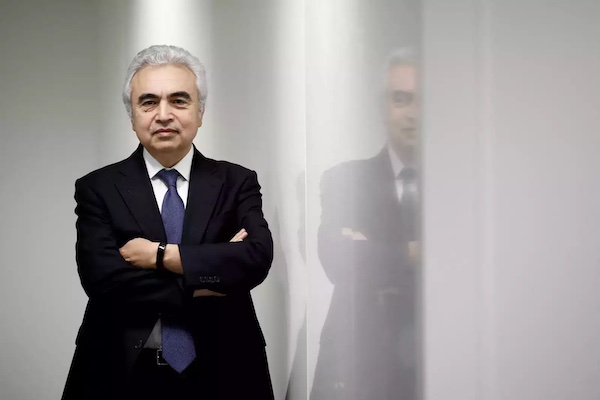 Another economic outcome during the early 1970s was disruptions in supply that led to gas stations selling fuel based on the license-plate number of the customer. Odd numbers were sold fuel on some days, even numbers on other days. Fifty years later, it is difficult to imagine not being able to buy anything one wants at any time. The ongoing pandemic has helped a few people figure out that dairy products and toilet paper don’t originate at grocery stores. In this country, where ready access to petroleum is viewed as a right rather than a privilege, I doubt we fare well in the years to come. Politicians in the Divided States of America are responding with their go-to reaction, now that the tools of distraction and division have worn thin: war, as usual, is the political response.

The Washington Post gives a clue about our future with an article published 7 June 2022. Titled, “World Bank warns global economy may suffer 1970s-style stagflation,” the story leads with, “The global economy may be headed for years of weak growth and rising prices, a toxic combination that will test the stability of dozens of countries still struggling to rebound from the pandemic, the World Bank warned Tuesday.”

The following paragraph offers a dire economic outlook: “Not since the 1970s—when twin oil shocks sapped growth and lifted prices, giving rise to the malady known as ‘stagflation’—has the global economy faced such a challenge.”

The Post points out: “[T]his will be sharpest slump after an initial post-recession rebound that the global economy has suffered in more than 80 years, the bank said. And the situation could get even worse if the Ukraine war fractures global trade and financial networks or soaring food prices spark social unrest in importing countries.”

A week before the story was published in the Washington Post, Business Insider ran a story with this headline on 31 May 2022: “IEA chief warns of summer fuel shortages and a triple energy crisis that will outstrip the oil shocks of the 1970s.”

The story points out that “International Energy Agency Chief Fatih Birol has warned of a triple energy crisis that could be ‘much bigger’ and longer lasting than that of the 1970s.” The story goes on to summarize the paper with these quotes from Birol:

“The US and Europe face fuel shortages as summer vacations get underway, the head of the IEA told Der Spiegel.”

“Fatih Birol warned of potential diesel, petrol, and kerosene shortages, and said the current energy crisis was worse than the 1970s.”

“‘We have an oil crisis, a gas crisis, and an electricity crisis simultaneously,’ he said.”

Wedged between the stories in Business Insider and The Washington Post comes this headline from CNN Business: “3 reasons high oil prices are here to stay.” The story was published on 3 June 2022.

Here’s the lede: “Oil prices have roared back to about where they were in the early days of the Ukraine war, and there’s no prospect of significant relief for drivers and businesses any time soon.” The following sentence doesn’t offer good news: “The price of Brent crude, the global benchmark, shot up past $124 a barrel earlier this week—highest level since early March—after the European Union announced it would slash 90 percent of its Russian oil imports by the end of this year.”

Back to that peer-reviewed paper I co-authored for the journal Bulletin of Science, Technology & Society. Published on 16 April 2008, the paper was titled, “Implications of peak oil for industrialized societies.” The final sentence of this peer-reviewed paper reads: “Do we possess sufficient courage, compassion, and creativity to stave off chaos in defense of a just, sustainable civilization?” In other words, I have been posing this question, in various forms, to anybody who will listen for a very long time. I still think it bears consideration as our time winds down.

4 Responses to Peak Oil Has Gone Away (NOT)