The Fire Next Time

“Nature will not yield to any combination of weapons and surveillance. The Sixth Mass Extinction and abrupt climate change are subject to neither human will nor a change in the living arrangements of humans. This time, nature bats last.”—Guy McPherson 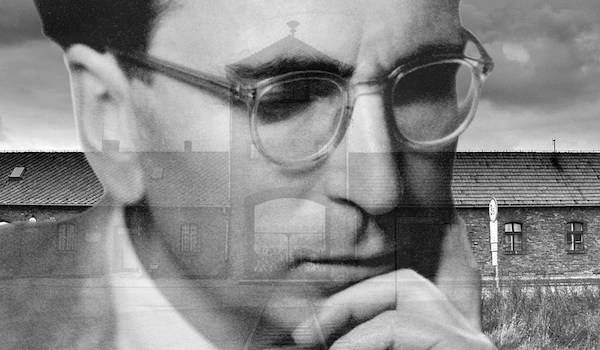 “Since Auschwitz we know what man is capable of.  And since Hiroshima we know what is at stake.” —Viktor Frankl, Man’s Search for Meaning

WESTCHESTER COUNTY New York—(Weekly Hubris)—October 2019—It seems the world is on fire. The “fire season” throughout the world has been, and is, characterized by record-breaking events. Just as my life has been shaped by wildfire, contemporary society and ecosystems currently are being influenced by epic wildfires. I suspect it will not turn out nearly so well for society as it did for me. It seems we have entered into the biblical prophecy in which God gave Noah the rainbow sign: there will be no more water, but the fire next time.

After a few years of hard labor, as a teenager, in the agricultural sector, my first job with steady pay and additional benefits was as a wildland firefighter for the Idaho Department of Lands. Specifically, I worked five summers between my undergraduate semesters as one member of a helitack crew, driving a truck or riding in a helicopter to dozens of wildfires in a million-acre protection area. An over-developed work ethic matched by a competitive drive and an inability to sleep deeply, made me quite adept at this job. I could hike all day with a heavy pack, then pound the ground for hours with the firefighter’s favorite tool, the Pulaski. After a 30-hour shift, I could sleep a couple of hours and start all over again.

Back in the years when a college degree did not destroy the future of the person receiving it, I paid my way through school by fighting wildfires. It was hard, dirty work for relatively little pay. I used that pay, and a plethora of scholarships, to fund my undergraduate degree in forestry from the University of Idaho. This bachelor’s degree in the early 1980s led directly to graduate school, where I spent five years lighting prescribed fires and conducting ecological research. These experiences led on to a postdoctoral research position, which led, in turn, to a visiting assistant professorship, which blossomed into a tenure-track position as an assistant professor at the age of 29 years. I stayed on campus for 20 years, albeit two decades interrupted by stints at several other colleges and universities as well as a year-long stint in the non-profit world.

There is a good reason I spent nearly my entire adult life working in the academy. Pursuing the “life of the mind” suited me well, and I was fortunate enough to have parents who encouraged learning from an early age. As one result, my life has been characterized by hard work and enormous privilege. Although I abandoned campus life more than a decade ago, I continue to pursue work I love, and a life of service to society. That I earned enough money to support myself financially for more than ten years is further indication of my privilege (as well as my frugality).

My path was further cleared by my birth in 1960 into a set of living arrangements unlike anything the world had ever seen. The dawn of the computer age was accompanied by expansive economic growth and relative peace in the United States. I was born between episodes of overt militarism, and therefore avoided military duty. The backwoods, redneck logging town in which I was brought up, along with the naiveté of youth, meant that I largely failed to appreciate, much less contribute to, the American Cultural Revolution of the 1960s and 1970s.

There is another revolution underway today, one characterized by environmental changes unlike anything the world has ever seen. We are in the midst of the Sixth Mass Extinction on Earth. We are in the midst of abrupt, irreversible climate change. The fires we are witnessing are symbolic of profound environmental change. So, too, are the floods, with their “rain bombs” and “land hurricanes,” that threaten the grain production underlying industrial civilization.

The much-vaunted, so-called “non-negotiable” American way of life is threatened. The threats do not emanate from societal pressure, as was the case during the 1960s and 1970s. Rather, the “non-negotiable” American way of life is threatened by pressures that cannot be overcome with militarism. Nature will not yield to any combination of weapons and surveillance. The Sixth Mass Extinction and abrupt climate change are subject to neither human will nor a change in the living arrangements of humans. This time, nature bats last.

I am no fan of the Sixth Mass Extinction. Belief is voluntary. Sadly, participation is mandatory, for all of us.

I am no fan of abrupt, irreversible climate change. Belief is voluntary. Sadly, participation is mandatory, for all of us.

I am a huge fan of finding my mission, that is, the purposes of my life. Although we can no longer stave off the factors contributing to the demise of our species, we can choose to participate in finding our purpose. We can choose our response to the direst of predicaments, thus bringing to mind a quote from Viktor Frankl in Man’s Search for Meaning: “Between a stimulus and a response there is a space. In that space is the power to choose our response. In our response lies our growth and our freedom. The last of human freedoms is to choose one’s attitude in any set of circumstances.” I would add only that we can choose not only our attitude, but also our actions.

Note: The image of Viktor Frankl “at” Auschwitz used to illustrate this essay derives from “Balanced Achievement.”

14 Responses to The Fire Next Time