“The odds of my making a comeback along the path to informing people about abrupt, irreversible climate change leading to near-term human extinction are considerably lower than any comeback we can expect from Edward Snowden, Julian Assange, or Chelsea Manning. As a result, nearly 8 billion people will not know, until it’s too late to matter, about the loss of habitat for our species and what that means for all life on Earth. My pursuit of justice and therefore my attempts to reach the masses died in The Bahamas.”—Dr. Guy McPherson 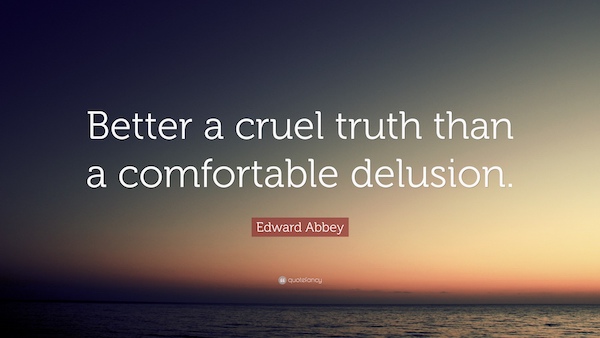 Quote by Edward Abbey from A Voice Crying in the Wilderness (Vox Clamantis en Deserto): Notes from a Secret Journal (1990).

BELLOWS FALLS Vermont—Weekly Hubris)—1 June 2022—I suspect most people reading this essay are familiar with the expression, “May you live in interesting times.” The reader probably also knows this phrase is purportedly an ancient curse that originated in China. What some readers might not know is that this curse is the least dire of three (theoretically) Chinese curses. I’ll take them one at a time, from least dire to direst, starting with, “May you live in interesting times.”

Mission accomplished. I’m there, as we all are . . . as we always have been, during more than two million years of the human experience, including more than 300,000 years of Homo sapiens’ existence on Earth. The current generation has witnessed the rise of the Internet and, simultaneously and predictably, the demise of a large proportion of the living planet. We have seen technological advances only dreamed about by past generations, and we are living in the midst of the fastest Mass Extinction Event in planetary history. 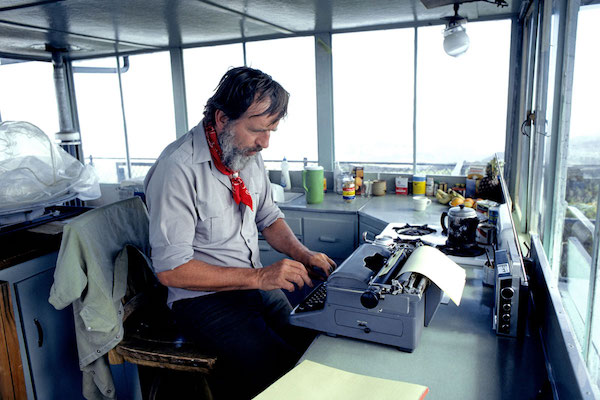 We commonly lie to ourselves and others. These lies have costs. The societal taboo about even addressing death allows us to go through life denying our own death. As a result, many people fail to live with urgency. As death draws near, many of these people experience regrets about what they could have done. A line from desert anarchist Edward Abbey’s short book, A Voice Crying in the Wilderness, published about a year after his death, comes to mind: “Better a cruel truth than a comfortable delusion.”

Denial is the common entry point into grief, as pointed out in this space with reference to the work of Elisabeth Kübler-Ross. However, coming to grips with grief, and most importantly recovering from grief, requires the ability to accept relevant facts and move into the realm of acceptance. With some work, this can be accomplished without spending too much time in the emotional states of denial, anger, bargaining, and depression.

The old joke about the two kinds of people in the world fits perfectly here. I suspect people will either ignore my previous work focused on abrupt climate change or they will demonstrate interest and dig a little deeper. In choosing between these two expected responses, most people will prefer denial. Of course, denial is a lie we tell ourselves to enhance our own comfort. It’s just another way to convince ourselves that all is well in a world plagued by, well . . . plague, along with many other consequences that result from too many humans demanding too much of everything.

Curse Number Two: May you attract the attention of the government. I don’t know about the readers of Weekly Hubris, but I’m there, as I have been for many years. The brief overview I provide here involves a coordinated defamation campaign that has greatly enriched defamatory plagiarists such as David Wallace-Wells. It’s been more than five years since false accusations have been tossed my way, indicating that, had I done anything illegal, I would have been dragged into court by now. The campaign has destroyed my public life of service, which I offered up for no charge, and it has included betrayal and defamation from a long list of paid climate scientists, media personalities, and former friends.

I mention this campaign not to further bemoan my fate, which is already sealed. Rather, I am indicating that I tried and failed to reach the masses with my message. I am also re-affirming that I will not be making any sort of comeback. The odds of my making a comeback along the path to informing people about abrupt, irreversible climate change leading to near-term human extinction are considerably lower than any comeback we can expect from Edward Snowden, Julian Assange, or Chelsea Manning. As a result, nearly 8 billion people will not know, until it’s too late to matter, about the loss of habitat for our species and what that means for all life on Earth. My pursuit of justice and therefore my attempts to reach the masses died in The Bahamas with renowned attorney and friend Gerald Maples, who was working pro bono on my behalf before he slipped on a dock.

As a result of my inability to counter the ongoing, successful defamation campaign, I have accepted that my impact is small and will remain that way. Indeed, my only response is to invoke Memento Mori: My death draws near. Unfortunately, so does yours. My daily calendar includes these words as a reminder: Amor fati. May you, too, love your fate. 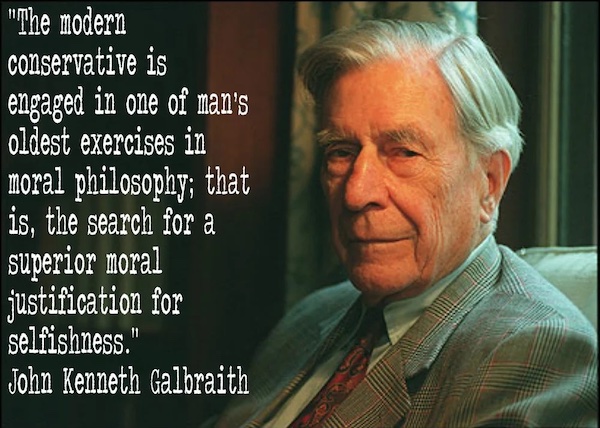 (Purported-to-be) Chinese curse number three is the direst of the trio: May you find what you’re looking for. I opted out of the monetary system when I realized it was the monetary system driving us to extinction. In the process of living off-grid for a decade, learning how to grow and store abundant food, learning how to secure my water supply as well as a decent human community, I learned about the full impacts of the aerosol masking effect. Fortunately, very few people followed my lead in living beyond industrial civilization. Doubly fortunately, the projection of an ice-free Arctic Ocean in 2016 plus or minus 3 years published in the 2012 issue of the Annual Review of Earth and Planetary Sciences turned out to be incorrect. Nonetheless, an ice-free Arctic Ocean lies in the near future, as indicated by scientists who have studied the issue. Such an event will almost certainly occur by the end of next year (2023), with full environmental effects manifest the following year (2024). This event will accelerate a rate of environmental change already too rapid for vertebrates and mammals to keep up with. Our membership as animals in the categories of vertebrates and mammals bodes poorly for our near future.

Lest you incorrectly believe I have “given up,” whatever that means in the face of abrupt, irreversible climate change, I am reminded of a line from John Kenneth Galbraith, Canadian-American economist, diplomat, public official, and intellectual: “People of privilege will always risk their complete destruction rather than surrender any material part of their advantage.” I am definitely not among the people of privilege mentioned by Galbraith. However, one consequence of the people mentioned by Galbraith is that the MEER:ReflEction framework I have been recommending and supporting has little chance for full implementation in the short time remaining to habitat for our species on Earth.

There you have it: three (so-called) Chinese curses, in worsening order. From living in interesting times to attracting the attention of the government and from there to finding what I am looking for, I have succeeded almost beyond measure. I found what I was looking for, and then some. May you avoid such curses in the short time left for our species on this pale, blue dot.