Still Under the Rain Bird’s Spell

“For me, the most evocative human sense involves what comes in at the ear. And one sound in particular has the power to conjure up my entire, sweet childhood, from my first moment of consciousness till the summer I left for Greece, closing behind me the door on Rain-Bird-drenched California. I hear a Rain Bird, and I am back in 1950s Pasadena, where water made all things green and human possible.”—Elizabeth Boleman-Herring 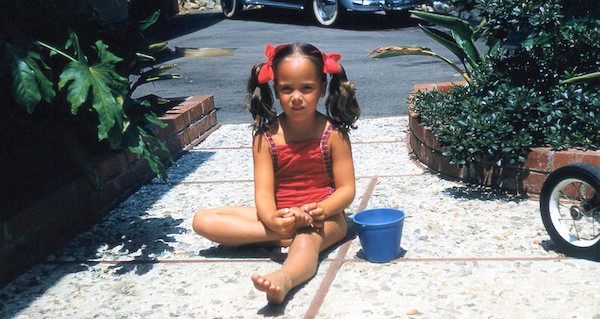 PENDLETON South Carolina—(Weekly Hubris)—1 August 2022—Bear with me, and close your eyes. If hearing is the final sense to wink out, at the very end of a human life, it is also, I think, the most evocative. Proust would differ with me: “When nothing else subsists from the past, after the people are dead, after the things are broken and scattered . . . the smell and taste of things remain poised a long time, like souls . . . bearing resiliently, on tiny and almost impalpable drops of their essence, the immense edifice of memory.” So much, I say, for Valentin Louis Georges Eugène Marcel, and his petites madeleines . . . .

For me, the most powerful human sense involves what comes in at the ear. And one sound in particular can conjure up for me my entire, sweet childhood, from my first moment of consciousness till the summer I left for Greece, closing behind me the door on Rain-Bird-drenched California.

I hear a Rain Bird, and I am back in 1950s Pasadena, where water made all things green (and human) possible. Without water, what would Los Angeles have been? (And whatever will it be when the water is gone?)

Sitting on our porch here in South Carolina, half a century later—half a long century of privilege and plenty defined by who has water where and when—I still look out on a lush garden made possible by irrigation, and greenery maintained by a humble network of soaker-hoses. Our small patch of lawn is kept green by a sprinkler I first encountered in Pasadena, in the 1950s, and, if I close my eyes, I am still back there . . . and my age still a single digit.

The susurration of the Rain Bird—and once you’ve heard it, it’s unmistakable—dates only from 1933, when a Glendora citrus farmer tinkering in his little shed came up with the design.

I had no idea until two years ago that the auditory hallmark of my childhood had a colorful history, and that it began with a rural farmer named Orton Englehart, some two decades before my short, brief tenure in suburban Los Angeles. But, by the time I took up residence at 3320 Crestford Drive, where my father (a golfer, naturally) had installed Englehart’s sprinklers round and about our acre of ivy, dichondra, and bird of paradise plants, the chirr and whirr of a “horizontal action impact drive sprinkler” had become the soundtrack, for me, of summer.

Here in Pendleton, my father’s original early-50s artifact lives on. Two years ago, Robin, using 22nd-century bonding agents, reattached Jack Herring’s ancient prototype to its equally-ancient tripod, and I can hear it now, whirring around the vegetable garden behind the house as its brand-new (ordered-from-Amazon-by-Dean) sister sprinkler waters the lawn out front.

For Coastal Native Americans, the Rain- or Thunderbird was believed to bring lifegiving rain, and the bird features prominently on Hopi and Zuni Pueblo pottery. Englehart, honoring that tradition, thought his solid, wily, and graceful little contraption resembled a bird. And it does. A mechanical bird whose song takes me, much older, but still under its spell, back to a seemingly simpler time. 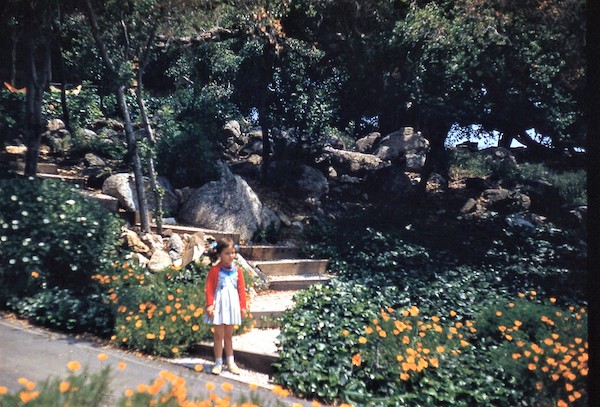 At the foot of the long driveway up to the first home I remember. (Photo: F. Jack Herring.) 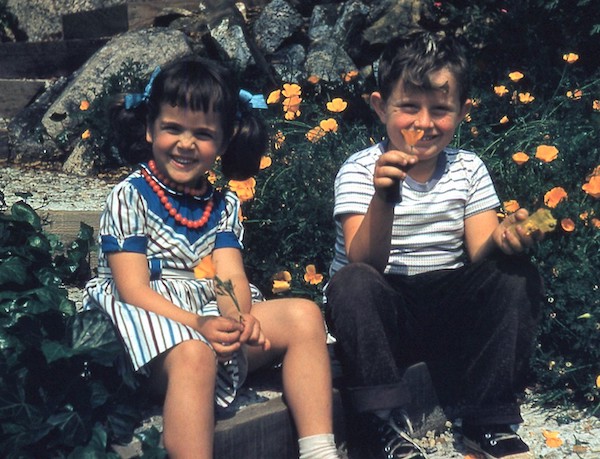 I (in pop-beads), and Tommy Persio, among the Pasadena poppies. (Photo: F. Jack Herring.) 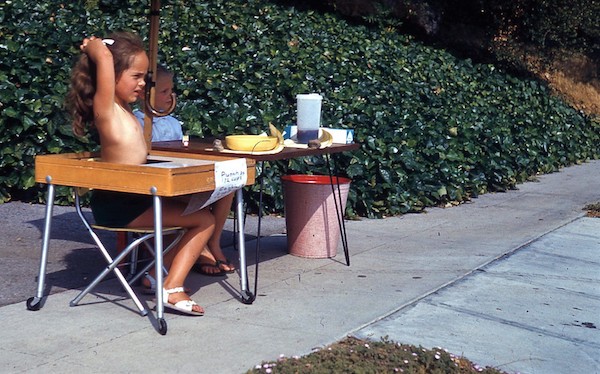 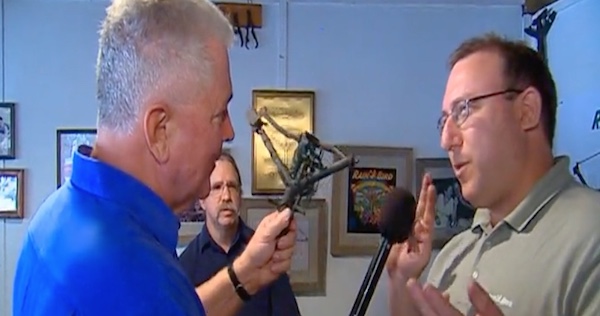 2 Responses to Still Under the Rain Bird’s Spell