The Difficult Lesson of Subtraction

Posted by Elizabeth Boleman-Herring on November 30, 2018 |

“The year of work was intense and solitary. Helen, on her coast, set me tasks; I, on the other coast, took them on. One involved visualizing the mindful subtraction—element by element—of parts of my physical body, until . . . what, finally, was left? It would be inappropriate to document this meditation, in full, here, as it represents one link in a long chain of lessons, or sutras, or koans (pick your term). Whatever one names it, though, this meditation resonated most deeply with me of all the lessons Helen set me, and I have called it up again and again over this long year, thus far, beneath the knife, at the mercy of skilled or clumsy Western ‘specialists,’ in the anteroom just outside death’s door. Subtract this, and this, and this, and this, and what is left? Who am I, who can I possibly be, without this, and this, and this, and this?”—Elizabeth Boleman-Herring 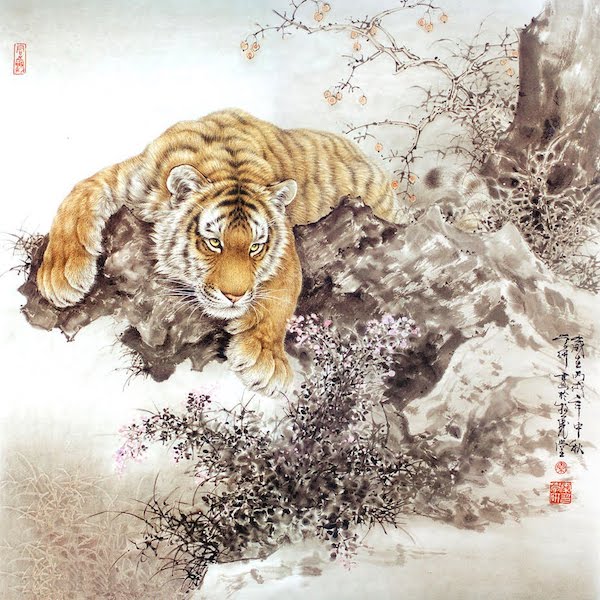 “Buddha once told a parable in sutra: A man traveling across a field encountered a tiger. He fled, the tiger after him. Coming to a precipice, he caught hold of the root of a wild vine and swung himself down over the edge. The tiger sniffed at him from above. Trembling, the man looked down to where, far below, another tiger was waiting to eat him. Only the vine sustained him. Two mice, one white and one black, little by little started to gnaw away the vine. The man saw a luscious strawberry near him. Grasping the vine with one hand, he plucked the strawberry with the other. How sweet it tasted!”―Sutra, or koan, attributed to The Buddha

Author’s Note: This essay is dedicated to my dear friend, Dr. Emily Chernicoff.

PENDLETON South Carolina—(Weekly Hubris)—December 2018—As though life, or fate, or chance were willful, conscious, possessed of intent, the lesson I was set (or set for myself) in 2018 began on January 1st, the day my husband and I left Florida, for good, to move to South Carolina.

Dean had weathered pneumonia, and recovered fully, and I was, myself, well, happy, and looking forward to building a new house, settling into a new life, with gusto.

Then, a routine blood test revealed—or did it?—that I was, appearances notwithstanding, critically ill. And, at this juncture in time, at this hurdle in the brief steeplechase that will comprise my individual life, there is a divergence in the narrative.

For either the blood test, ordered by a new neurologist’s nurse, which an equally new-to-me primary care physician did not repeat, was inaccurate entirely . . . or not. Which, I will never know, nor will she.

Inaccurate or not, it launched me, and a gaggle of specialists, into a revolving iatrogenic door which, over the course of the year, exposed me to a spurious diagnosis (Giant Cell Arteritis), (botched) cranial biopsies, a drug at high doses which my body could not tolerate (prednisone), and a cascade of unimaginable physical destruction—one hip, one heart, one head of hair, one long-familiar-to-me body and soul, in fact, thus far.

So, did a neurologist and his daft nurse unwittingly land a completely healthy woman in a wheel chair? Or did the high sed rate of last winter reflect some transient, severe infectious process?

I do not know. I cannot now know. Nor does it, finally, matter. The damage is done. The subtractions have occurred. And a lesson I had thought learned decades and decades ago—that, sometimes, the only choice we have in life is how we choose to look twin tigers in the teeth—was mine to learn anew.

First, I lost my hair. Then, came migraines that landed me in emergency rooms over and over and over again. Then, my left hip failed, quickly and decisively. Finally, following total hip replacement surgery, my heart rhythm accelerated and, while flat on my back with a new hip, I found myself rushing back to the ER with tachycardia and nosebleeds.

At each hurdle on my route, I asked, “What else can fail?” At each hurdle, something else did. Subtraction prevailed.

In the early part of this new century, another year stands out for me in its consistency and unity: the year I stepped aside to study Reiki, and the teachings of other spiritual masters, with my friend and mentor Helen Noakes.

The course involved readings, meditations, and assignments—as do most courses—and the perceived goal of this work was to render me a Reiki Master, myself. Note well: I began my studies in Reiki in the mid-1980s, in Greece, so my Intensive with Helen represented a culmination of desire, effort, and application. 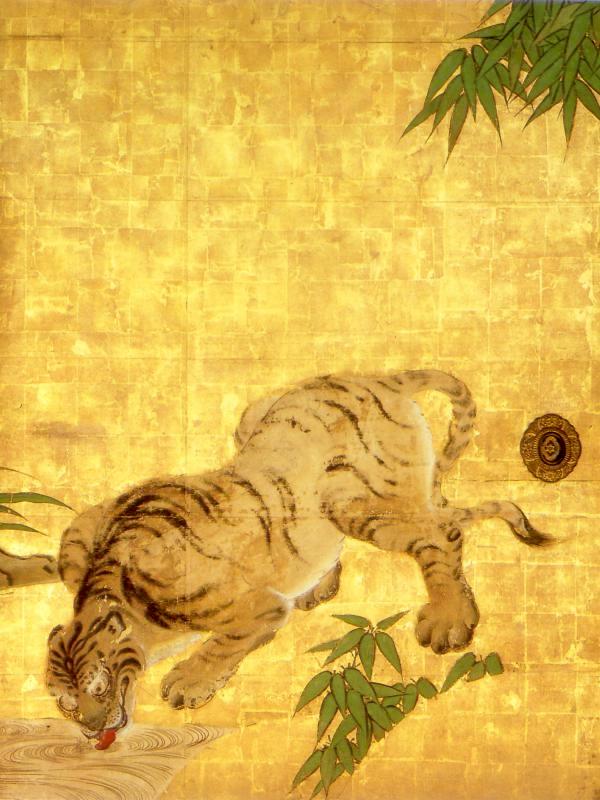 Tigers (from a set of panel paintings for the abbot’s chamber at Nanzenji) by Kano Tan’yu, 17th century, Nanzenji, Kyoto.

The year of work was intense and solitary. Helen, on her coast, set me tasks; I, on the other coast, took them on.

One involved visualizing the mindful subtraction—element by element—of parts of my physical body, until . . . what, finally, was left? It would be inappropriate to document this meditation, in full, here, as it represents one link in a long chain of lessons, or sutras, or koans (pick your term).

Whatever one names it, this meditation resonated most deeply with me of all the lessons Helen set me, and I have called it up again and again over this long year, thus far, beneath the knife, at the mercy of skilled or clumsy Western “specialists,” in the anteroom just outside death’s door.

Along the way, jumping, or failing to clear, hurdle after hurdle, I was assisted by people one might consider coaches.

Dean, my husband, was there for most of the ordeal, as were my twin nurses, who materialized almost out of thin air, Robin White (my minister—yes, agnostics may claim ministers) and her spouse, Rhonda McIntosh. Ted Balk, early on, ferried me to Easley Hospital’s ER. ER physician Dr. John Gaskins, ENT specialist Dr. Daniel Boxwell, cardiologist Dr. Lawrence Weston, and orthopedic surgeon Dr. Brian Burnikel picked me up and stitched parts back together in real time.

Finally, in October, all of us simply wrung out by the length and breadth of my race, I ended up on Greenville Memorial Hospital’s heart ward. (Back in 1992, I had been hospitalized there before, with an arrhythmia: I was back with a new arrhythmia, and the hospital and I had both “grown up” quite a bit over the intervening quarter century.)

For my short stay—it took about a week to update one cardiologist’s diagnosis and conceive of a treatment plan going forward, and even that plan would require almost immediate revision—I was, for the most part, alone in a private room. 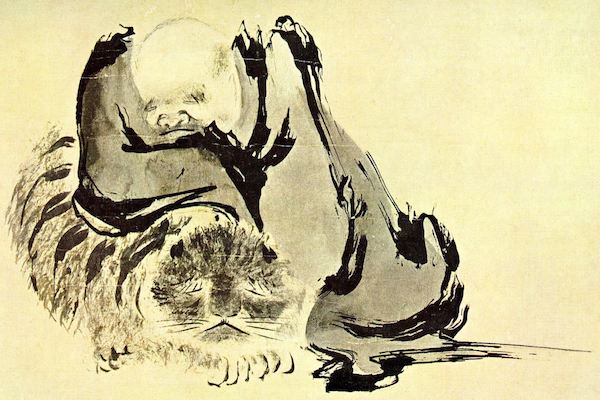 I assured everyone of what was patently true: I was finally in competent medical hands (many, many), and in the safest place possible. So, I asked my exhausted team to stand down and leave me to Dr. Weston and the fourth-floor nursing staff.

Hooked up to the gills on heart monitors, I read Brendan Behan’s Borstal Boy (thank you, Jean Carroll Nolan), and walked the halls, trying to keep Dr. Burnikel’s bionic hip in place. Poet Claire Bateman came by with more books, and RxBars. Cardiologists stuck their heads in.

But, finally, I was alone.

One hip was gone, and my other hip and both knees were damaged. My heart would need ablation, eventually. My hair, salt and pepper a year ago, had relinquished its pepper.

I had come back, in real time, to Helen’s meditation upon subtraction and, this time, the subtraction had been neither virtual, nor a matter of conscious choice.

I was melting. I was dissolving. I was becoming, physically, a smaller and leaner integer. What was left? Who was I?

I put down the books. I turned off the television. I left my door open onto the hall, so I could watch the ethereally beautiful young nurses—male and female—coming and going; so I could bear witness to the living and the dying all around me.

Across the hall was an ancient African-American woman, also largely alone during the time I was there. In the long nights, unable to speak to one another, we would, instead, lock eyes, smile, and wave. “We are still here.”

Diminishing, under siege, I found I had company. I was seen by another suffering member of my tribe. We were indeed—like the Scarecrow in The Wizard of Oz—having the stuffing smacked out of us, but we could abide with one another for the duration.

And that is the part of the lesson I had not learned all those years ago when I meditated upon the dissolution of my physical body. I had subtracted hair, and skin, and blood, and muscle, and bone, in my mind’s eye, laying aside the flesh, and rising up without it.

But I had been alone.

This past year, even in my solitary bed in Greenville, I was accompanied.

As an artery bled out through my nose, Dean and Rhonda and Dr. Boxwell were there. As my heart raced over 200 beats per minute, and held its new, crazy rhythm, Dr. Weston was there. As my cartilage dissolved, and my left leg failed me, Dr. Burnikel was there. In the night, when I did not know who and where I was, Robin was there; the stranger across the hall was there.

Otherwise, I have learned, we cannot do this, we cannot bear this. We come into this world attached to an other, and we scream when we are severed from her. We go out of this world—usually, subtracted essential bit by essential bit—also screaming, each in her own way, at her own pitch.

But not alone. Not alone if we have anything at all to say about it.

Back in Teaneck, New Jersey, studying Reiki in our guest bedroom, I had imagined myself to be alone, but I was not: Helen was with me, and that is what enabled me even to imagine my own physical death. And imagining it, years before it all but happened, prepared me, in some essential way, for what I have experienced since January.

Dean’s face beside mine when I woke. Rhonda and Robin puttering around in the kitchen preparing food for us all. Dr. Weston grinning at me in the ultrasound room. Dr. Boxwell cauterizing the hell out of my nose. Claire sticking her beautiful face around my door on the heart ward. Emily, sending, via Amazon Prime,  an enormous box of food.

The woman saw a luscious strawberry near her. Grasping the vine with one hand, she plucked the strawberry with the other. How sweet it tasted! 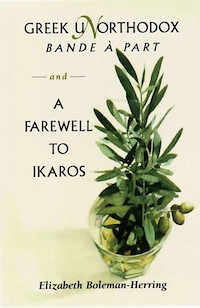 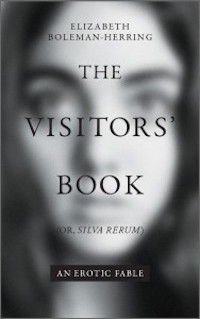 12 Responses to The Difficult Lesson of Subtraction