“Nature will not yield to any combination of weapons and surveillance. The Sixth Mass Extinction and abrupt climate change are subject to neither human will nor a change in the living arrangements of humans. This time, nature bats last.”—Guy McPherson 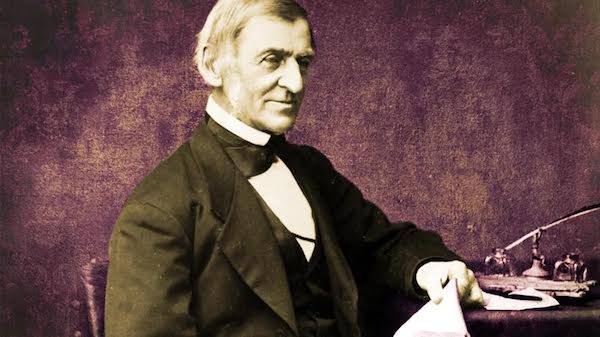 “The things taught in schools and colleges are not an education but the means of education.”—Ralph Waldo Emerson

WESTCHESTER COUNTY New York—(Weekly Hubris)—November 2019—I am a teacher, as I have pointed out repeatedly in this space. Indeed, I have occasionally pointed out that teaching is not what I do. Rather, a teacher is who I am. A dear friend recently suggested that, because I keep returning to this topic, I ought to explore it further.

My life as a teacher began when I was in first grade, learning how to read (first grade was the initial formal educational experience in Weippe, Idaho, where there was no kindergarten when I was young). I took the Dick and Jane primers home to my younger sister and insisted she learn to read with me. She was barely more than four years old. That she did not seem to appreciate my efforts did not slow me down. I was passionate. I still am.

Despite this early experience, it took me walking away from my privileged position as a tenured full professor at a major university for me to fully understand that I was born to teach. Only a year or two after I negotiated for Emeritus status upon my too-early departure at the age of 49, did I realize I was born to teach, and definitely not born to pursue life as a homesteader. Regularly making parmesan, feta, and mozzarella cheeses provided poor consolation for broken ribs and a solitary life in which my conversations with goats exceeded my conversations with humans both in number and quality. Although I became adept at growing food, tending livestock, building structures, and fitting into the rural culture, I became passionate about none of these activities. Without passion, my purpose began slipping away.

Ultimately, I turned away from the homesteading life. The long hours of hard work were physically fulfilling, but they allowed too little time for educating others. Even though I hosted nearly a thousand inquisitive guests during my decade of gently tending the land, my primary purpose in life became overwhelmed by mundane activities. A decade after I abandoned daily life in the academy and began to grow food, build simple structures, create and apply biochar, and generally live close to the land, I returned to the “civilized” life characterized by regular visits to grocery stores, the privilege of flush toilets, and superior infrastructure for transmitting my message. Recommitted to the “life of the mind,” I can again focus on fulfilling my life’s purposes.

Upon meeting me for the first time, regardless of the setting, many people refer to my playful behavior, thereby bringing to mind a line from Albert Einstein: “Study and, in general, the pursuit of truth and beauty is the sphere in which we are permitted to remain children all our lives.” In my experience, creative scientists are childlike in their intellectual curiosity and their willingness to discuss culturally “unspeakable” topics. I disagree with the individuals within this culture who view such playfulness as immature, although they undoubtedly comprise the majority of people.

Scientific inquiry and the subsequent efforts to transmit knowledge involve more than playfulness, of course. The commitment to the facilitation of learning, which goes beyond teaching, is fundamental to the acquisition and promulgation of knowledge. That teaching differs from learning is easily explained by example:

I taught my dog to whistle. I taught, and I taught. Of course, my dog never did learn to whistle. After all, there is a difference between teaching and learning. After a couple of misspent years in the academy, I came to realize there is a huge difference between the act of teaching and the practice of facilitating learning. Sadly, most faculty members still have not realized this difference.

Intellectually curious students are my inspiration. My four-year-old sister failed to provide inspiration because my efforts with her were premature. My efforts to warn the masses about abrupt, irreversible climate change were similarly premature, and produced a level of indifference similar to that of my young sister. The populace increasingly appreciates my efforts at promulgating knowledge as the evidence continues to catch up with my writing and speaking efforts from more than a decade ago. Too late to make a difference at the level of society, my efforts are nonetheless useful at the level of individuals and families. As such, my contemporary efforts are consistent with my familial effort more than five decades ago.

Learning occurs one life at a time, and it is largely autodidactic. Most people cannot be educated because their beliefs interfere with rational thought. Accepting the challenges associated with the facilitation of learning provides considerable solace in what could otherwise feel like failure. That nearly all of my students chose procreation after my dire, contrary warnings suggests the power of cultural messages. This anecdote also serves as a reminder that attachment to the outcome can be maddening and, is thus, a poor approach.

Once I realized I was a teacher, my primary task was to select a subject worthy of learning. Rather than tackling long-studied topics such as overpopulation, ethics, or philosophy, my subject of choice lay at the intersection of these important subjects: abrupt, irreversible climate change. After all, too many people consuming too many materials brought us here, and continue to exacerbate our tenuous grip on human habitat. Is there a finer example of ethical behavior than whether and how we address human actions in response to our terminal diagnosis? Such far-reaching issues form the basis for philosophical inquiry and subsequent discussions of logic, aesthetics, ethics, metaphysics, and epistemology.

American transcendentalist philosopher Ralph Waldo Emerson famously gave us a clue to what matters in our short lives: “The purpose of life is not to be happy. It is to be useful, to be honorable, to be compassionate, to have it make some difference that you have lived and lived well.”

Emerson’s words resonate with my decision to pursue life as a teacher and, more importantly, one who facilitates learning. They remind me that I have chosen to be useful, in my own minor way, and that this choice has contributed to my own happiness.

9 Responses to A Useful Life: Teaching